The police who were first on site after the aggravated act of violence outside Lycksele have been offered crisis support from the Police Authority. Staff at the emergency room in Lycksele are also offered support after taking care of the injured. - You are very affected by this, when children are involved it is extra troublesome, says Marcus Nilsson, local police area manager for southern Lapland. 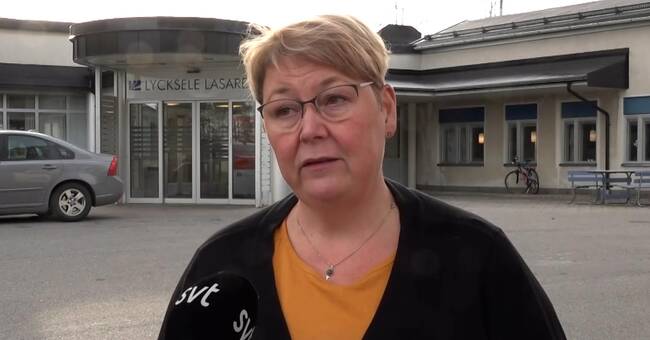 The act of violence is being investigated by the section for serious crimes, but it was police officers from the local police area who were first at the crime scene.

Three seriously injured people were found there, including two children under the age of ten.

- It's a terrible event.

We are working to prepare ourselves mentally for this type of event and yesterday something happened that many of us worry about.

Everyone did an incredibly good job on the site, but you are very affected, says Marcus Nilsson.

He says that the authority immediately caught the police who worked at the scene after the incident to talk about what happened.

- We make sure to take care of each other so that we can do a good job tomorrow and next week, says Marcus Nilsson.

How are the police who were on site yesterday?

We are humans and individuals, so there is no general mindset.

We have employees who have taken it extremely badly and then it is important that you get to talk about this.

Then we get to follow up and see the outcome.

Lycksele Hospital also takes care of staff who had to take care of the injured people.

Hear her tell more about the help that emergency personnel receive in the clip above.

- We went into staff mode immediately and then you can get conversational support in the emergency phase.

We gather the teams and go through the event, you get to talk in groups with those who participated, says Ann-Sofie Kyrk, operations manager for the emergency room in Lycksele.