The attempt to reach a consensus on an institutional statement to condemn ETA on the tenth anniversary of the end of the gang's terrorist activity ran aground on Tuesday and was shipwrecked ... 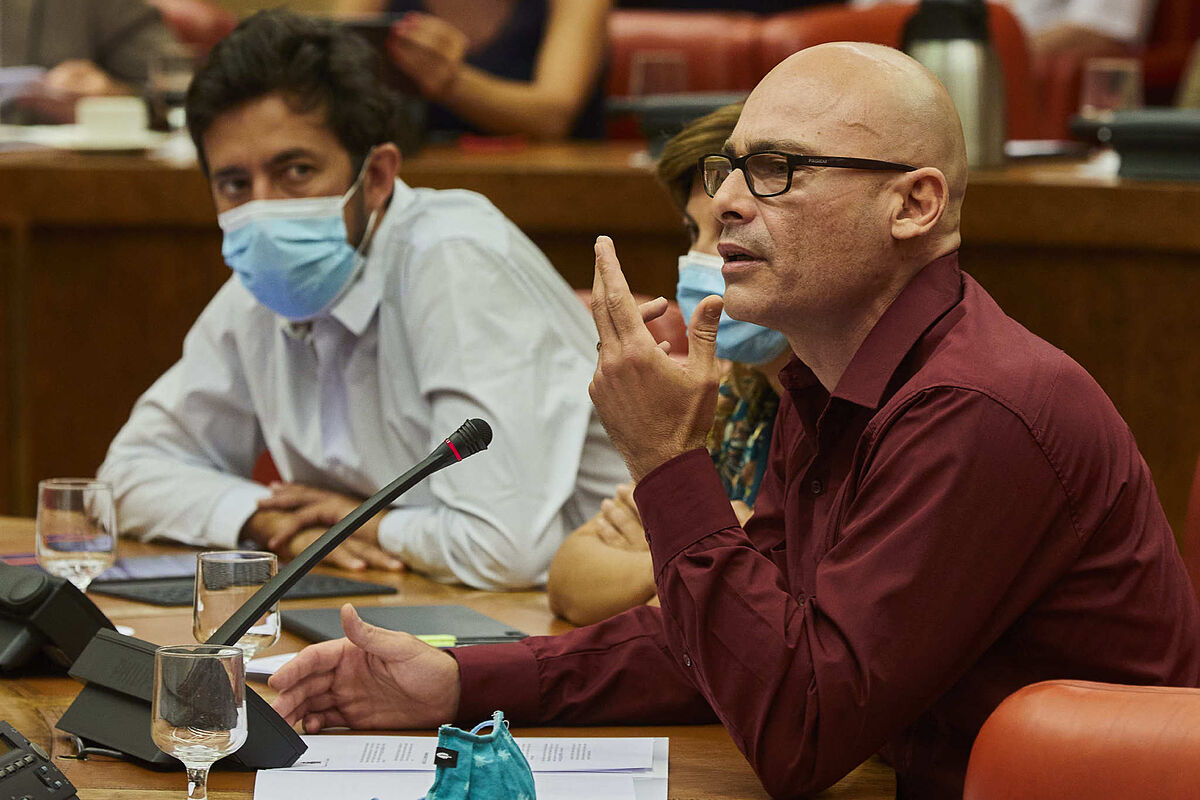 The attempt to reach a consensus on an institutional statement to condemn ETA on the tenth anniversary of the end of the gang's terrorist activity ran aground on Tuesday and was permanently shipwrecked on Wednesday.

The refusal of the PSOE parliamentary partners to sign the text made the Socialists decide not to insist further, according to sources from the negotiation.

That Bildu, United Podemos and ERC slammed the PP proposal, and that is enough for the declaration to not be approved, since the unanimity of the Chambers is required.

The Republicans and the

, according to the sources consulted.

On the part of United We Can was

, secretary general of the parliamentary group.

Also, JxCat did not give a definitive answer.

At the end of this Wednesday, he was still "looking" at the issue.

And the PNV did not answer either.

Given the position of its partners, the PSOE resigned itself to not signing the text, which was already at a dead end.

from the other eight groups of the Congress of Deputies, he would add his signature, according to the same sources.

The Socialists explained that at the moment when the document could no longer be approved, continuing to try did not lead to anything and had "no other purpose."

The sequence of events shows that the negotiation was cut short when Bildu revealed that he would not sign a document explicitly condemning ETA and it is said that terrorist violence should never have existed.

All this, in the week in which Arnaldo Otegi showed his regret for the pain of the victims, but did not condemn the gang or apologize for the more than 800 murders.

Chronology of a pact

On Tuesday, the PP and the PSOE agreed to a joint text in the Senate, but Bildu's refusal made the Socialists desist, considering that the measure had been politicized, without naming any specific group. This newspaper has verified that the spokesperson for the Socialists in the Upper House,

, agreed on the final text of the declaration for the tenth anniversary of the defeat. And both were satisfied with the final wording.

The PP continued trying this Wednesday, without success.

In that situation, party sources accused the PSOE of "shielding itself" in the refusal of its partners so as not to push further towards the approval of the text condemning terrorism.

This controversy occurred after Maroto assured that the statement sought to "portray" Bildu, which he believes he has done.

Politics Pablo Casado rejects the constitutional reform of the PSOE: "With the one that is falling in Catalonia, it would be a mistake"