Passenger plane crashed - everyone on board survived

A passenger plane with 21 people on board collided with a fence and caught fire when it was about to take off from an airport in Houston. The result: Two slightly injured. "This is a good day," an official told CNN. 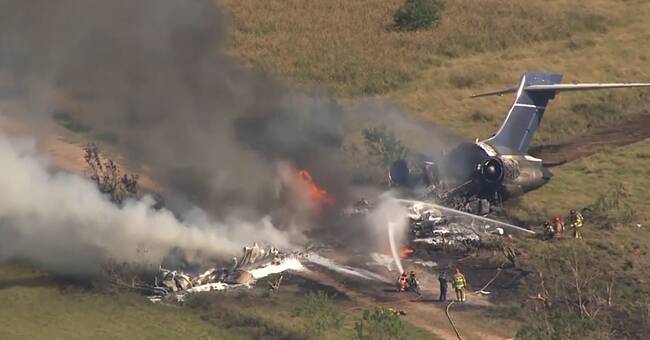 The plane did not reach more than 150 meters on the track on Tuesday before the accident occurred.

A large cloud of smoke was then seen rising from the site.

However, it was not long before rescue services were on site at the burning plane.

All 21 people on board were then evacuated, two with minor injuries.

The injured were taken to hospital but were soon able to return to the airport, according to CNN.

See photos from the plane crash in the clip above.