A decade for the 'whitewashing' of ETA's political partners

It was a greeting of commitment. A Zer mod? (How are you?) Icy. The lehendakari, Iñigo Urkullu, hit his right fist with Arnaldo Otegi's on Tuesday in the corridor of ... 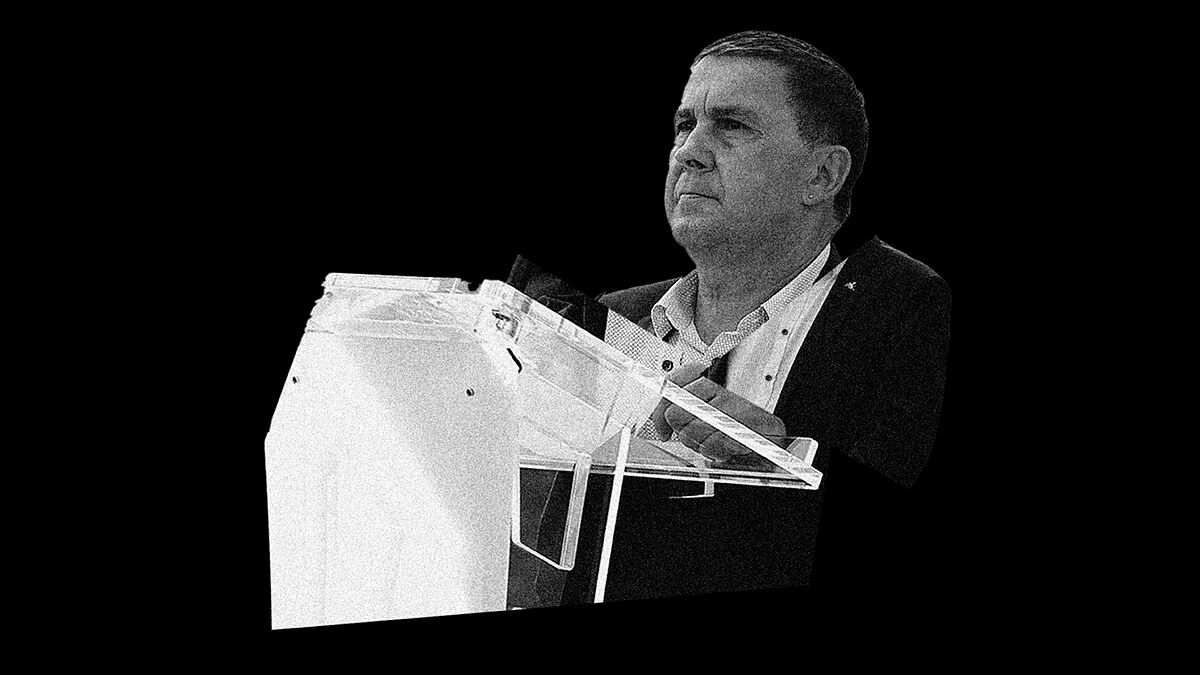 It was a greeting of commitment.

, Iñigo Urkullu, hit his right fist with Arnaldo Otegi's on Tuesday in the hall of

after more than two years without meeting. Urkullu does not trust Otegi and the former spokesman for

and now the general coordinator of EH Bildu is leading a long-term strategy to displace the PNV from (almost) absolute control of Basque institutions.

EH Bildu, the coalition controlled by the left -

by ETA on 20 October 2011 to "give a just and democratic solution to the secular political conflict".

A mandate that Arnaldo Otegi and his second in Sortu,

, underlined in the gardens of the Palacio de Aiete 10 years later.

EH Bildu has profited in votes, institutional power, political influence and economic resources the two communiqués that, eight years apart, put an end to the history of ETA's blood and gave continuity to its political ideology.

The political and personal abyss that separates the

Urkullu from the leader of the

is part of a constant political pulse that, for the moment, the most pragmatic top representative of the PNV wins with solvency.

In fact, this Tuesday, minutes after the meeting, Arnaldo Otegi placed Urkullu "angry" next to the PP and Vox and blamed the critical position of the

with them that EH Bildu is "his electoral enemy."

The 'abertzales' at the polls

"EH Bildu no longer has the handicap of violence behind him and he is the one who can best collect discontent with the global crisis; all those who vote for them are not pro-independence", warns the professor of Sociology and responsible for decades of the Euskobarometer,

The electoral whitewashing of EH Bildu took place in May 2011 and after two almost consecutive announcements of ceasefires by ETA, on September 5, 2010 and on January 10, 2011.

was only 50,000 votes away from the electoral victory in the municipal elections of 2011 and has already set a floor close to 25% of the vote in each election, which Herri Batasuna had never achieved until in 2003 it was outlawed by the Supreme Court as the political arm of ETA.

The Basque parties never used a sanitary cordon against the

and the PNV facilitated in 2011 that Bildu governed in the most important institutions of Guipúzcoa, such as the Provincial Council and the San Sebastián City Council. "Batasuna only was banned for its links with ETA during the time it was banned ,

" recalls Llera, pointing directly to the PNV for allowing for you decades left

who cheered ETA on the streets was a regular interlocutor of the party that ruled the institutions created by the Statute of Gernika.

led by Otegi has established itself as the second political force in the Basque Country, ahead of the PSE.

A position that was only tarnished when Podemos emerged in 2015.

An alternative from the left that deflated in the regional elections of 2016, while EH Bildu once again found the outstretched hand of the PNV to promote a sovereign Statute.

On July 11, 2018 Otegi celebrated from the terrace of the BEC in Barakaldo the "historic agreement between the two families

" sharing of the pillars of a statute flying the right to decide, concept ETA also included in its notice of dissolution on May 3, 2018.

Finally, EH Bildu has found in recent years in Madrid the ideal setting to present itself as a match comparable to the rest while holding on to its past together with ETA.

Adriana Lastra and Rafael Simancas posed with a face of circumstances in the first public meeting with the Bildu delegation in Congress in December 2019 to guarantee the election of Pedro Sánchez as president.

It was the beginning of an alliance that Otegi cultivates with care.

"If at the time the PNV whitewashed Herri Batasuna, now the President of the Government does so by making an agreement with them, although Madrid doesn't give a damn and their ultimate goal is to replace the PNV," says Professor Llera.