Theft and vandalism in Köping's bicycle garage: "We suspect someone with a subscription with us"

Several thefts took place in the municipality of Köping during the year, something that was also noticed at the bicycle garage at the railway station. - It is unfortunate, says street and park manager Joshua Bender, that the thefts occur. 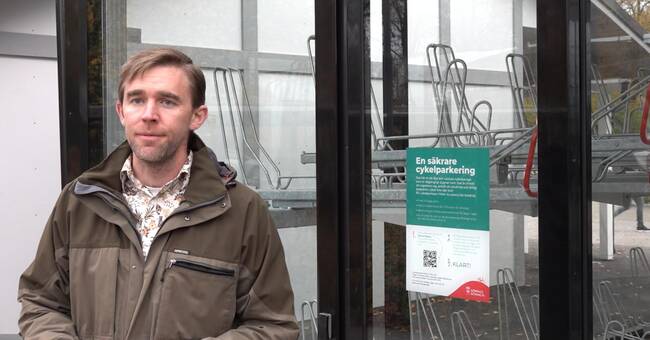 It has been two years since the garage was inaugurated.

Since then, theft and vandalism have become a recurring problem.

- The two alternatives that we think are behind are that someone has a subscription with us or that people do not go in one at a time.

Then the thief can sneak in when it is open.

Actually, we would need more customers, because then there are more who are here.

A subscription to the bicycle garage costs one hundred kronor a month.

The garage has a capacity for 70 bicycles.

At present, far from all places are used.

Despite security problems and few customers, Joshua Bender does not think the garage is a failure.

In the clip, you hear him tell more about the safety problems at the bicycle garage and how he views the use of the garage.