Multinational experts reflect on cooperation in epidemic prevention and control: "We are not ready"

China News Service, Changsha, October 19 (Wang Enbo, Chen Jing) According to data released by the World Health Organization on the 18th, the cumulative number of confirmed cases of new crown in the world has exceeded 240 million. In the face of public health challenges, what kind of international cooperation does the world need to deal with? During the first meeting of the Boao Forum for Asia Gl 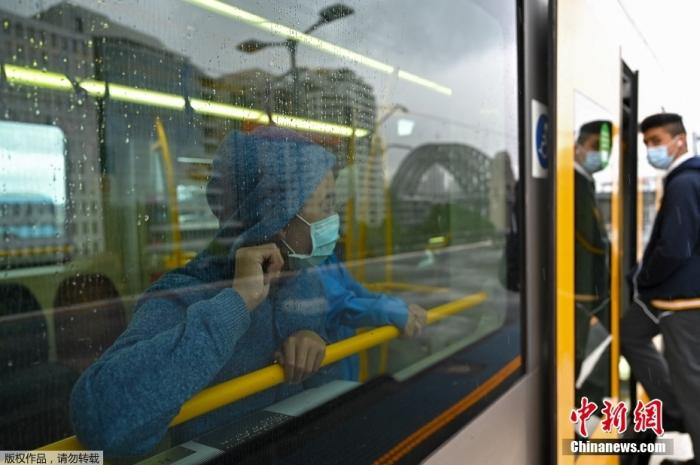 China News Service, Changsha, October 19 (Wang Enbo, Chen Jing) According to data released by the World Health Organization on the 18th, the cumulative number of confirmed cases of new crown in the world has exceeded 240 million.

In the face of public health challenges, what kind of international cooperation does the world need to deal with?

During the first meeting of the Boao Forum for Asia Global Economic Development and Security Forum in Changsha, experts from many countries reflected on this.

Prior to this, in order to prevent and control the epidemic, Sydney was blocked for about 4 months.

The new crown epidemic has caught countries off guard, medical materials, equipment, and personnel are frequently rushed, the virus is raging, the economy, society, and people's livelihood are in crisis, and the shortcomings of the global public health system are exposed.

"We are content with the status quo and are not prepared to deal with the epidemic." Chen Fengfuzhen, founding dean of the Vanke School of Public Health and Health of Tsinghua University and honorary director-general of the World Health Organization, said bluntly that the current international cooperation that people see is very bad and it makes people feel uncomfortable. Extremely disappointed, especially in the spotlight of the epidemic.

According to Thailand’s former Deputy Prime Minister and Minister of Foreign Affairs Suraj Shatiantai, the public health world lacks government leadership and also needs the ability to respond urgently. The two must work together at the same time.

Prior to the outbreak of SARS and bird flu, countries and agencies around the world formed good international cooperation to jointly deal with the virus.

However, in the response to the new crown epidemic, international cooperation has not been as effective as it used to be.

"There is still a lack of effective international cooperation and unity, which has greatly undermined our response to the epidemic." Alexander Matthews, director of the Asia-Pacific regional representative office of the International Federation of Red Cross and Red Crescent Societies, said in the process of responding to the new crown epidemic. In China, the Red Cross and Red Crescent Societies have learned some lessons, and now realize that the most important thing is international cooperation, especially in the early stages of epidemic prevention and control.

"Wait until the impact arrives, it's too late."

This is not the first time humanity has suffered from an epidemic, and it will not be the last.

How does the global public health governance system respond to the next challenge that may come?

The answer from the participants was to build consensus and strengthen cooperation.

"Every epidemic is as imminent as a house is on fire, and if one house is on fire, it will also affect other houses." Shao Yiming, chief expert and researcher of the Chinese Center for Disease Control and Prevention, said that in this epidemic, all parties did not see this clearly, and it is urgently needed to establish it. Consensus at the global level.

He suggested that for the prevention and control of the new crown pneumonia epidemic, even if the monitoring system of a member country is good, it is still not enough. It is necessary to establish a more stringent global monitoring system and build a "global health rapid response team."

In the process of global epidemic prevention and control, the role of WHO cannot be ignored.

Suraj Shatiantai believes that there must be organizations such as the United Nations and the World Health Organization on a global scale to ensure that there is sufficient commitment at the political level.

But Margaret Chan also reminded that the WHO needs to get the support of all member states to choose its position based on facts based on science and evidence, not based on its own interests. "Especially because of the position brought about by political interests, this is crucial. important".

Ke Qiuming, the personal envoy of the chairman of the International Committee of the Red Cross for China and the director of the East Asia regional representative office, believes that how to distribute vaccines to remote areas affected by armed conflicts is of utmost importance in the process of epidemic prevention and control.

Therefore, the ICRC is willing to work with all parties to make efforts for the "last mile" of vaccine distribution.