Handelsbanken closes in Denmark and Finland

Handelsbanken has decided to sell its operations in Finland and Denmark. An increasingly heavy regulatory framework makes it more difficult to speed up a smaller business, according to CEO Carina Åkerström. 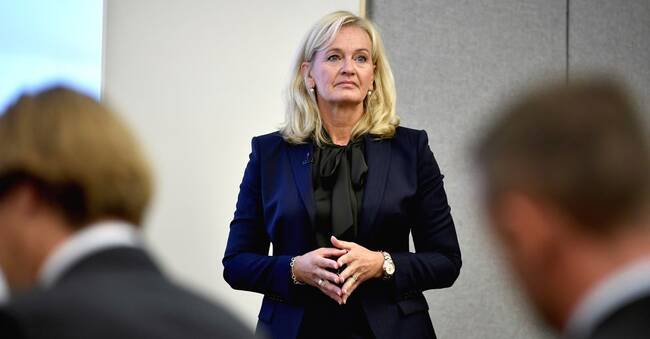 The bank management is not satisfied with the market position.

Despite a long presence, Handelsbanken is not gaining momentum in the two countries.

And now it has become more expensive.

- As regulations and much more have kicked in, it has become much more difficult to profitably and efficiently scale up our offers, says Carina Åkerström.

The authorities' regulations have been tightened in the wake of the enormous money laundering scandals, generally in the banking world, which have been rolled out on the assembly line in recent years.

These have led to increased costs for the banks.

According to Åkerström, Handelsbanken's main markets are Sweden, Norway and the United Kingdom.

In the latter country, the Swedish bank has only a meager percentage of the British banking business.

But it is not at all relevant to leave it.

- That market is incredibly interesting and we see great potential, says Åkerström.

And even though Handelsbanken is a very small bank in the UK, it derives 14 percent of its revenues from there, while only 5 percent from Finland and Denmark each, according to CFO Carl Cederschiöld.

A process to sell the banking operations in Finland and Denmark has therefore been initiated.

Handelsbanken thus gets rid of 43 branches in Denmark and 27 in Finland.

The markets in Denmark and Finland together account for 10 percent of revenues, 13 percent of costs and 8 percent of the Group's operating profit, according to a press release from the bank.

The main markets - Sweden, Norway and the United Kingdom - account for 91 percent of the result.

In connection with the announcement, the bank will release its quarterly report.

Handelsbanken reports an operating profit after credit losses of SEK 6.5 billion for the third quarter, clearly better than the profit of SEK 4.2 billion in the corresponding period last year.

It was also better than the stock analysts' average forecast of SEK 6.0 billion, according to Refinitiv's compilation.

- A growth-driven increase in earnings, she says.

The transformation of the bank's branch operations with large cuts and fewer employees, so far about 400 fewer, has yielded results.

Another approximately equal number will be removed before the reorganization is complete.