Concrete-cement, third "country" for greenhouse gas emissions Paris (AFP) If the concrete used on the planet were a country, it would be the world's third largest emitter of greenhouse gases, just behind China and the United States. Why do we say that concrete and cement represent one of the worst carbon footprints in the industrial sector? Answer: Cement is the most consumed material in the world, at a rate of around 150 tonnes per second. Fourteen billi 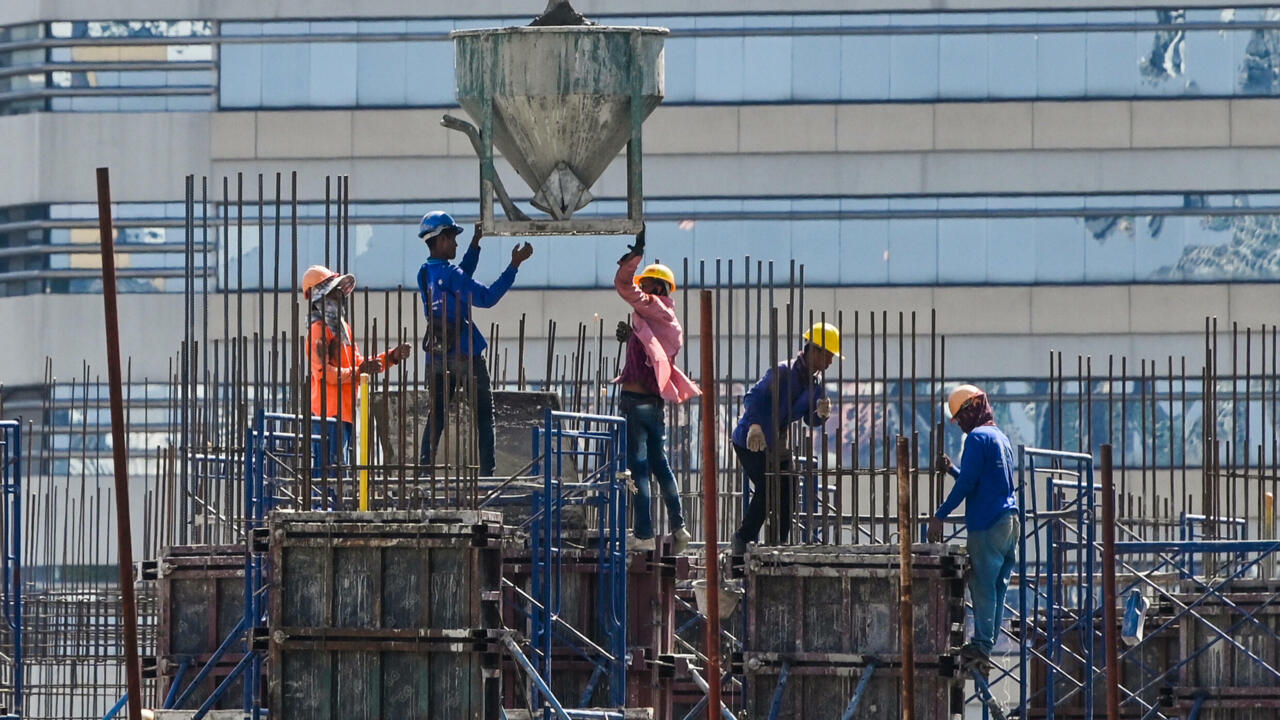 If the concrete used on the planet were a country, it would be the world's third largest emitter of greenhouse gases, just behind China and the United States.

Why do we say that concrete and cement represent one of the worst carbon footprints in the industrial sector?

Answer: Cement is the most consumed material in the world, at a rate of around 150 tonnes per second.

Fourteen billion cubic meters of concrete are poured each year, according to the World Cement and Concrete Association (GCCA), based in London, which brings together the main players in the sector, including the giants Holcim (Switzerland, ex Lafarge-Holcim) , the Mexican Cemex or the Chinese CNBM.

The production of cement alone, a key ingredient in concrete, generates 7% of global carbon dioxide (CO2) emissions, according to the GCCA - three times more than air transport.

"It is more than the emissions of the whole of the European Union or India, just behind those of China and the USA", indicates to AFP Valérie Masson-Delmotte, paleoclimatologist and co-president of a UN climate expert group.

A trend that is not ready to stop with the galloping urbanization in Asia or Africa.

How does cement emit CO2?

Cement, which is the binder responsible for bonding the pebbles and sand of concrete together, has as its main component clinker, produced by firing limestone and clay in a kiln.

On heating, it releases carbon dioxide.

This massive chemical reaction, which has hardly changed in the 200 years that cement has been made, accounts for 70% of the cement sector's emissions.

The remaining 30% comes from the energy consumption of the furnace itself, necessary to calcine the limestone.

How to decarbonize construction?

The global concrete industry, which announced its intention last year to achieve carbon neutrality by 2050, set at the beginning of October the objective of reducing its emissions by "an additional 25%" by 2030, this which would avoid releasing 5 billion tonnes of CO2.

The sector is then relying heavily on the deployment of future carbon capture and storage technologies to continue the effort until 2050.

In addition to an increase in the recycling-reuse of old concrete, among the new avenues for greening is the replacement of fossil fuels by waste and biomass in cement kilns (animal meal, demolition wood, etc.)

A construction site in Singapore, May 12, 2021 Roslan Rahman AFP / Archives

In terms of carbon capture, a technology still at the prototype stage, the global industry plans to install "ten industrial-scale structures to capture carbon by 2030," says the GCCA.

Giants like the Chinese China National Building Material Company (CNBM) have promised to "play their part" in this decarbonization.

Many start-ups have launched themselves: the American Solidia proposes to capture CO2 and reuse part of it for drying concrete, which reduces water consumption.

In Canada, CarbonCure technologies injects liquefied CO2 which is permanently encrusted in the concrete.

But above all, the industry relies on new "green" cements which use materials from recovery instead of clinker.

In Britain, the substitution rate is already 26%, according to the GCCA.

In France, a new standard for low carbon cements was published in May.

What is green or low carbon cement?

For the moment, these new cements are mainly launched by start-ups.

In France, Hoffmann Green Cement, based in Vendée, is particularly advanced, with its cements based on industrial waste, clay sludge, blast furnace slag (steel waste, Editor's note), or even fly ash from biomass.

Even with an additional construction cost estimated at 25 euros per square meter, the young company which has just gone public says it is crumbling under demands.

"The cement industry plans to eliminate its emissions in 2050. With our breakthrough solutions, we are getting there today", told AFP its founder Julien Blanchard, who plans to move from one to three sites in France .

The stake is crucial: "Three quarters of the infrastructures which will exist in 2050 have not yet been built" warned the Secretary General of the United Nations, Antonio Guterres.