The 35-year-old man is regarded by the police as a leading person in Eskilstuna's criminal world. Today, the district court's verdict is expected in the case where he is suspected of a shooting in Råbergstorp in May this year. 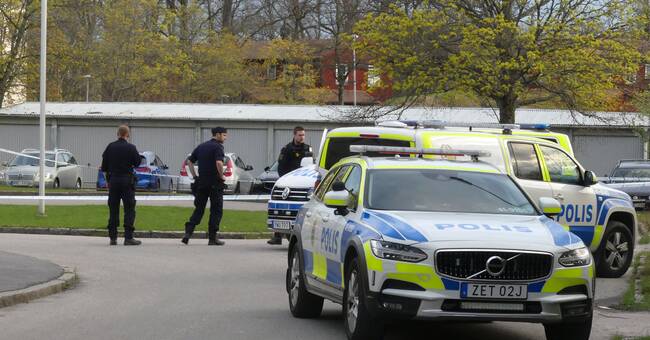 At seven o'clock in the evening on May 10, 2021, several shots echo between the houses in the residential area Råbergstorp in southwestern Eskilstuna.

At a forest grove, a plainclothes policeman, who thinks he is scouting an ongoing drug deal, sees two men fishing a weapon out of a bush and shooting at a third man.

The fleeing men are observed by several other people in the residential area.

Parts of the course of events are also captured on film by a private person who saw the running men.

The man that the civilian police spied on until the shooting is a 35-year-old man with a long criminal record.

He is regarded by the police as a leading figure in Eskilstuna's criminal world.

Several other police officers now point to the 35-year-old as one of the men caught on film as they run from the crime scene.

And already later that evening he can be arrested in Torshälla.

The police initially do not know who the target was.

But a few days after the shooting, a man in his 20s enters the police station.

He says he was out walking with some friends when he was suddenly shot by two masked men.

- I ran for everything I have, he says to the police.

He says he has been subjected to attacks before, including when a vehicle drove into a gate of an apartment building in Nyfors in January this year.

When the district court a few days later decides that the arrested 35-year-old should be arrested, Eskilstuna is hit by a wave of car fires and a fire attack on the police station.

The incidents are believed by the police to be an act of revenge for the arrest.

In October, the trial began against the 35-year-old who was charged with attempted murder and aggravated weapon crime.

And today the verdict in this case is expected to come.

At the end of last week, a 20-year-old Eskilstuna resident was also arrested at Arlanda airport and arrested on Friday on suspicion of involvement in the same shooting.

He is suspected for probable cause of aiding and abetting an assassination attempt.

The man was arrested in his absence in May after the shooting in Råbergstorp.

- He was on his way back to Sweden and was arrested completely undramatically, says Thomas Tellebro at the police department for serious crimes.