The Civil Guard has detained three people and investigated another six and seized 135,000 marijuana plants, the highest amount of this crop in Europe, according to the ... 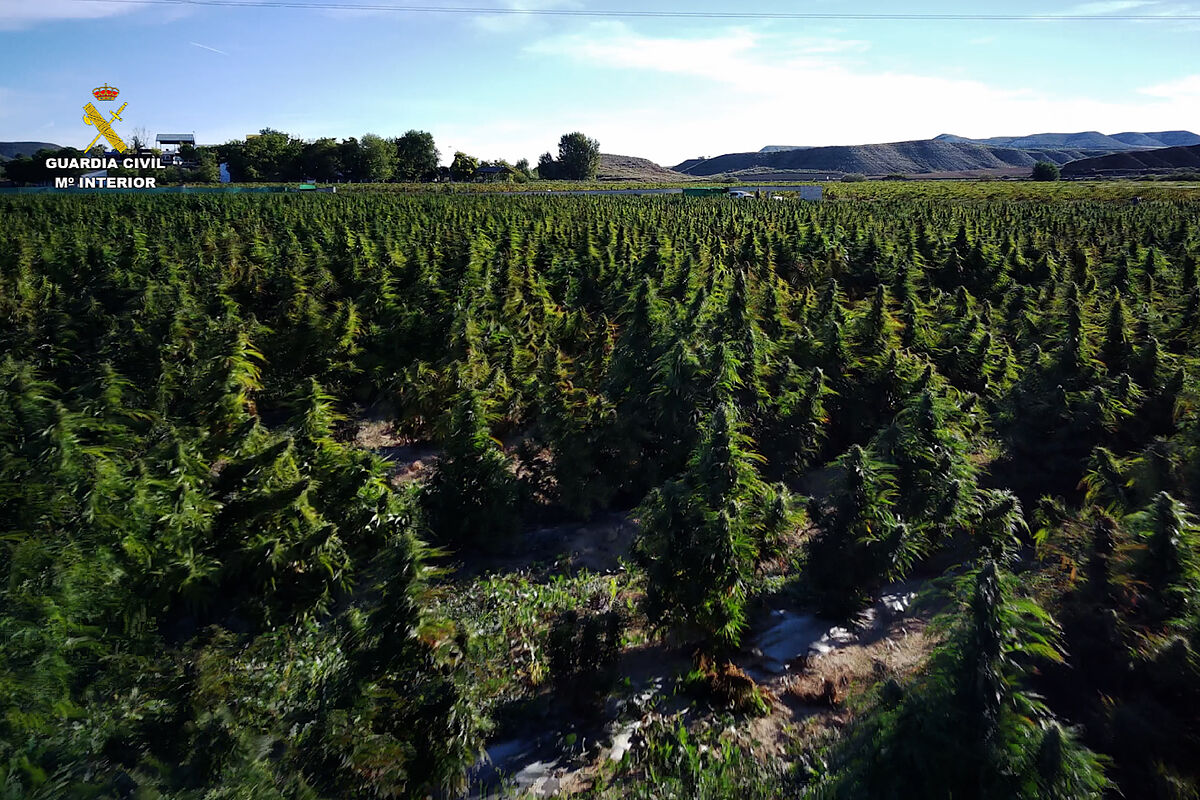 has arrested three people and investigated another six and seized 135,000 marijuana plants, the highest amount of this crop in Europe, according to the armed institute, on a farm supposedly dedicated to the plantation of legal hemp in the town of

As reported by the Civil Guard on Monday, those detained and investigated are considered responsible for a

, belonging to a criminal group and against the rights of workers.

The agents inspected on September 16 a plantation supposedly dedicated to hemp for industrial purposes and located in the town of Huerta de Valdecarábanos, in order to verify its legal situation to prevent drug trafficking and production.

In this inspection, the agents took

a sample of the plants

, which had been genetically modified to assimilate them to industrial hemp and have a legal appearance.

Continuing with the investigation, on September 26 the Civil Guard of the Adolfo Suárez Madrid-Barajas airport intervened an import of 112 kilos of marijuana buds that had been declared as plants, without specifying what type, and whose recipient was the company responsible for the plantation investigated.

Thus, they returned to a second inspection on October 6 and the

and the main persons responsible were arrested.

In addition, in some warehouses near the plantation,

from the rest of the plantation from the previous year and 3,720 kilograms of buds ready for distribution

were found and intervened

The farm where this macro-plantation was located has an area of ​​12 hectares, with permanent surveillance 24 hours a day, and in the vicinity there were two warehouses arranged with material to be converted into indoor marijuana crops and have a greater increase in production, as well as a drying area with a closed system of security and surveillance cameras.

Also in this latest inspection, the agents observed that the employees who were in said cultivation were mostly

foreigners in an irregular situation in Spain

, without a work contract and the house provided by the company did not have the minimum conditions of habitability.

This operation is part of the Miller operation and has been developed by the Organized Crime and Anti-Drug Team (EDOA) of the Toledo Civil Guard and the Fiscal Company of the Civil Guard of the Adolfo Suárez Madrid-Barajas airport.