The protests are growing against the wind power plans in Finspång

About 70 giant wind turbines are about to be built in various places in Finspång municipality, but protest groups are now being formed who intend to fight to stop the plans. 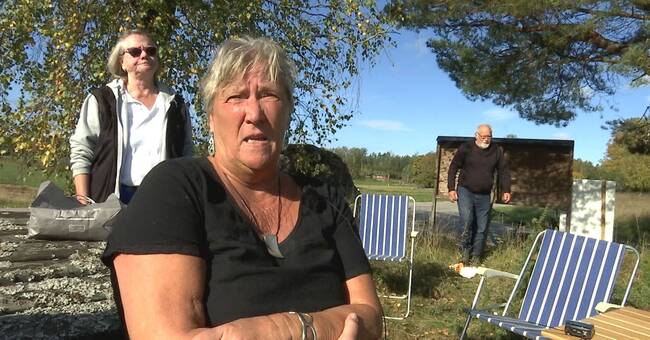 Sussie Jensen moved to the municipality three years ago, she and her husband wanted to get away from Stockholm.

She is one of those who is now committed to avoiding 34 wind turbines in the forest north of Regna:

- We moved here to get peace and quiet.

Hear more about the villagers' concerns in the feature above.

The Gothenburg company behind the plans, Stena Renewables, will on Tuesday meet the villagers in the community center to explain the plans.

- Many of the claims about how terrible it is with wind power are greatly exaggerated, says Dan Sandros, project manager.

Finspång can become a major producer of electricity

There are other plans as well.

In two weeks, Holmen will present his project.

The company wants to build about 40 wind turbines in three other locations in Finspång municipality.

Originally, Holmen wanted to build 77 wind turbines that could account for 30 percent of Östergötland's electricity consumption, but after protests, the number of wind turbines has been reduced.

According to the Swedish Energy Agency's statistics, there are 143 wind turbines in Östergötland, most have Mjölby, 66.

Many projects have been stopped because they disrupt the military's aviation operations around Linköping, but now project after project is being presented for wind power construction in the northern parts of the region.