The leaders of EH Bildu and Sortu Arnaldo Otegi and Arkaitz Rodríguez have published a "solemn declaration" in the gardens of the Aite palace. in which they have ... 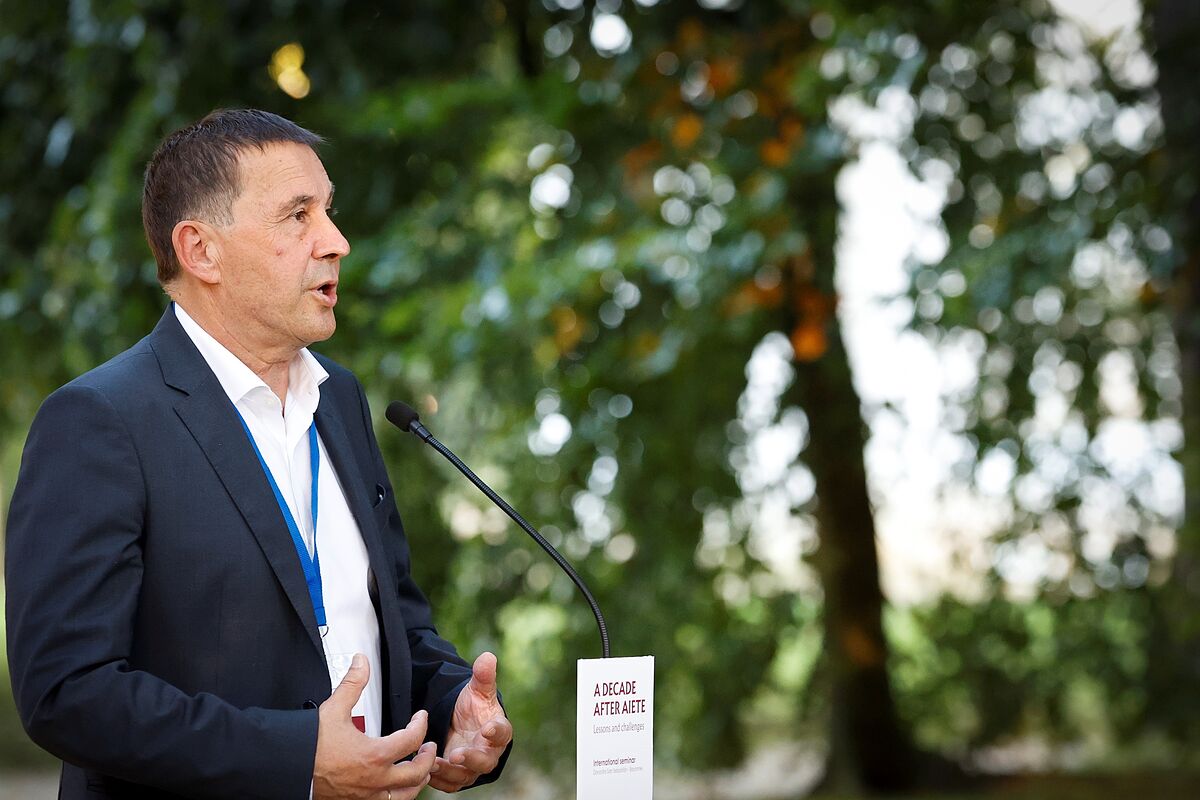 The leaders of EH Bildu and Sortu Arnaldo Otegi and Arkaitz Rodríguez have made public in the gardens of the Aite palace a "solemn declaration" in which they have made an explicit reference to the victims of ETA terrorism.

"His pain should never have occurred, no one can satisfy that it had lasted so long in time," they have stated in Basque and Spanish on the 10th anniversary of the end of ETA's terrorist activity.

Otegi, however, has avoided condemning the terrorist gang.

Otegi and Arkaitz Rodríguez have staged in the gardens of Aiete a political statement from the Abertzale Left represented by the leader of EH Bildu and by Sortu, the political party that emerged after the outlawing of Herri Batasuna.

Both have included an explicit reference for the victims of ETA: "We feel their suffering and we promise to try to mitigate it to the best of our ability."

The most relevant is precisely the one that refers to the 853 victims caused by the terrorist gang with the political and social support of the Abertzale Left for almost five decades.

"We feel their pain, and from that sincere feeling we affirm that it should never have occurred, no one can satisfy that all that happened, or that it had lasted so long in time. We should have managed to get to Aiete earlier", declared the two leaders of the Abertzale Left who have appeared in suits before the media.

The statement also confirms the compliance of the ceasefire by ETA, and calls for a "comprehensive solution" for the prisoners.

In addition, Otegi and Rodríguez have demanded the recognition of the "national" character of the Basque Country and committed to "dialogue, negotiation and agreement" in political activity.

CineLuis Tosar, the discreet actor who has become the unexpected protagonist of a controversy about ETA