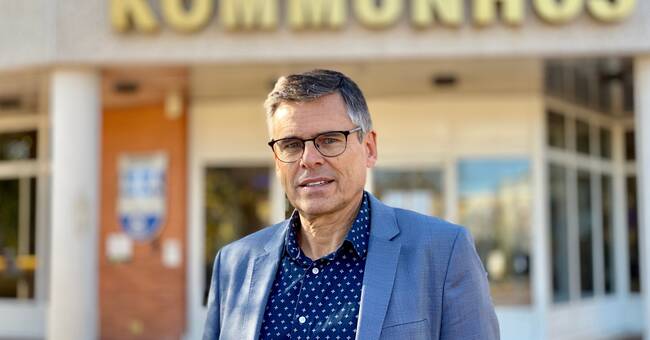 In Kalmar and Kronoberg, about 90 plants have been stopped with the help of a municipal veto between 2014 and 2020, statistics show in a report commissioned by the Swedish Energy Agency.

Hultsfred is one of the municipalities that used the veto, most recently just a couple of weeks ago.

And despite the fact that the rulers in Hultsfred are basically for wind power, they still stop projects with the help of a municipal veto.

- We need energy and we must find different ways to produce environmentally friendly energy.

But we must listen to those who are affected by it all.

We can not run over people who feel that their lives are changing radically, says Lars Rosander (C), municipal councilor in Hultsfred.

In the latest case where the municipality went in and used its veto to stop wind power, it was public opinion that made Lars Rosander and the other politicians in Hultsfred change.

The protests in Virserum against the twelve proposed works in Tönshult were loud.

- We accepted it in the council, and said no to the current application in Tönshult, says Lars Rosander (C).

Rosander believes that one must listen to both sides of the conflict between the local residents and the wind power developers.

He also believes that conditions are changing.

The municipality's wind farm plan, which is almost ten years old, applies to wind turbines up to 75 meters high.

- In this case, the application for works that are 270 meters high applies, and they affect the perceived living environment for the residents in a way that changes everyday life for many, says Lars Rosander (C).