The United States is "very worried" about what China is doing with regard to hypersonic missiles, the US Permanent Representative in charge of disarmament stressed on Monday, October 18 in Geneva. 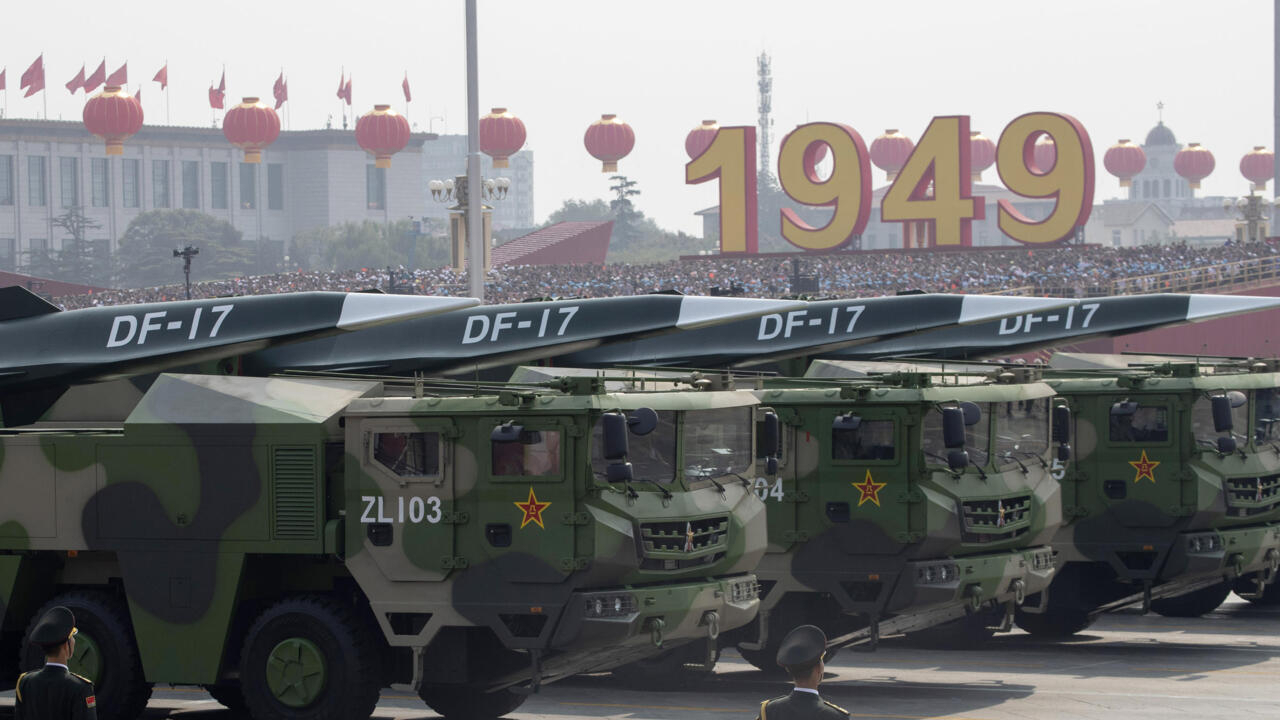 The United States is "very worried" about what China is doing with regard to hypersonic missiles, in particular the DF-17 missile that the Chinese army had put forward during the 70th anniversary of the People's Republic of China.

The United States is "

" about what China is doing with regard to hypersonic missiles, underlined this Monday, October 18 in Geneva, the American Permanent Representative in charge of disarmament, Robert Wood.

Beijing at the same time denied having launched such a missile in August.

", raised the American ambassador, who after seven years in Geneva, leaves office next week to return to Washington.

affirmed this Saturday, October 16 that China had launched in August a hypersonic missile with nuclear capacity, which circled the Earth in low orbit before descending towards its target, which it missed.

The Chinese authorities denied this Monday, speaking of "

," Zhao Lijian, spokesperson for the Ministry of Foreign Affairs in Beijing, told reporters.

had refrained from continuing

" the military development of this technology.

Hypersonic missiles are flying objects at Mach 5 or greater and maneuverable, making them difficult to detect and intercept.

But faced with the development of this type of weapon, "

we had no choice but to react in the same vein,

The United States and Russia also in the hypersonic missile race

The United States does not yet have hypersonic missiles in its arsenal, but it is working on it. The Darpa, the scientific arm of the American army, recently announced that it had successfully tested its aerobic-powered HAWC (Hypersonic Air-Breathing Weapon Concept) hypersonic missile, that is to say it uses the oxygen present in the atmosphere for its combustion. The Pentagon is also developing a hypersonic glider called ARRW, but its first full-scale test failed last April.

China, for its part, had already presented in 2019 a hypersonic missile, the DF-17.

This intermediate range weapon, around 2,000 km, in the form of a "

The missile mentioned by the

, different, could reach space, be placed in orbit and then re-pass the atmosphere before hitting its target.

Its reach would thus be much greater.

For their part, the Russians recently launched a hypersonic Zircon missile from a submarine.

, with nuclear capability and launched by a ballistic missile.

According to Moscow, Avangard is able to reach a speed of Mach 27 and change course and altitude.