Analysis: The global supply chain crisis slows down the recovery, or countries tend to be self-sufficient

China News Service, October 18th. According to Singapore’s Lianhe Zaobao, global companies are facing supply chain disruptions, shortages of raw materials, soaring prices, shortages of manpower, production interruptions, and delays in delivery of goods under the continuing impact of the new crown epidemic. There is still no sign of remission.   According to the analysis, the supply chain shock 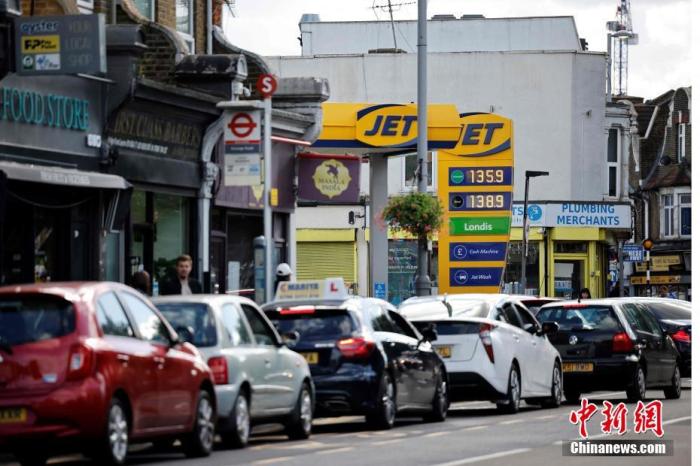 China News Service, October 18th. According to Singapore’s Lianhe Zaobao, global companies are facing supply chain disruptions, shortages of raw materials, soaring prices, shortages of manpower, production interruptions, and delays in delivery of goods under the continuing impact of the new crown epidemic. There is still no sign of remission.

According to the analysis, the supply chain shock and mutual mistrust caused by the epidemic are pushing countries towards self-sufficiency.

Data map: On September 29, 2021, local time, London, England, people continued to line up to refuel, and many gas stations were already running out of gas.

In Singapore, from October to December, household electricity bills increased by an average of 3.2% month-on-month, reaching the highest level in recent years.

In addition, the US vehicle maintenance industry is also affected. Even common parts such as engine oil filters and interior carpets are in short supply, forcing companies to hoard materials, seek alternative solutions, or simply ask car owners to wait patiently.

In Seattle, Kelly, the owner of the garage and chairman of the Auto Service Association, an industry organization, said that when he repaired the minivan twice, he waited 60 to 90 days to get the parts he needed.

One of the parts is the crankshaft position sensor, which used to be shipped from the distribution center in just half an hour.

Container ports in the United Kingdom, the United States, Hong Kong, Shenzhen and other places have recently experienced shipping delays. The shortage of containers has caused freight rates to soar to 10 times that of a year ago. The shortage of manpower in the transportation industry has exacerbated the port congestion dilemma.

Data map: On September 28, local time, in the United Kingdom, the shortage of truck drivers caused logistics and transportation difficulties, which caused problems such as supply chain crisis. Thousands of gas stations in various cities in the United Kingdom have been forced to close due to fuel shortages, and the people are still in various locations. Gas stations in big cities line up to buy fuel.

[Supply chain crisis slows down the pace of recovery]

"Lianhe Zaobao" pointed out in the editorial that the factors that cause supply chain disruption are diverse and increasingly complex.

Countries are becoming more dependent on each other under globalization, but the epidemic situation they face is different, which has also aggravated the difficulty of resolving supply chain problems.

The new crown pandemic and the congestion of the Suez Canal in March 2021, coupled with various factors such as high labor costs and soaring energy prices, have sharply amplified the problem of supply chain disruption.

At present, global food companies have begun to increase product prices, causing countries to face the pressure of rising inflation.

The impact and damage caused by the wave of epidemics on key links such as raw material production areas, processing areas, and shipping industries has made the picture of global supply and demand changes more complicated. The recovery of major economies has been at different paces. Governments and enterprises in various countries are thinking of ways to deal with this complexity. The situation; and whether inflation is temporary or will continue for a long time, many parties have different views, but rising prices are already a clear trend.

The raging epidemic has exposed the hidden weaknesses of the global supply chain. From raw materials, production to transportation, and logistics, the reason why it is called a "chain" is because all links are intertwined and affect the whole body. The entire supply chain needs to be rebuilt. Ecological collaboration capabilities are not easy tasks. Only a better analysis of extremely complex and changeable risks and constraints can alleviate the chaos of the global supply chain as soon as possible.

Over-reliance, over-concentration, and opaque supply chains will continue the trend of supply shortages for a period of time, while trade frictions between countries and regional geopolitical factors will also make the problem more prominent.

Global corporate executives expect that the supply chain crisis will not end in a short period of time, and may last until the second half of 2022.

After this lesson, governments of various countries believe that they will accelerate the reorganization and management of the supply chain, and companies must seriously discuss and plan to diversify risks. Under the increasing consumer demand, the supply chain can be gradually restored to stability. Guaranteed.

Data map: On September 22, local time, the ports of California, Los Angeles and Long Beach set a record of congestion, and many cargo ships lined up for passage.

[Expert: Pushing the countries towards self-sufficiency]

Experts pointed out that the new crown epidemic has made many countries realize that they cannot rely too much on imported goods from other countries.

The world is now facing a fragmented economic system, and the supply chain shock and mutual mistrust caused by the new crown epidemic are pushing countries to a path of self-sufficiency.

According to a report by the consulting company Deloitte, more than 80% of industries are facing supply chain disruptions due to the epidemic. About 75% of companies withdrew their overseas factories ahead of schedule and set up factories close to their home countries.

A research report by a non-profit organization predicts that the number of new jobs that the United States will return from abroad this year will reach 224,213, an increase of 38% over 2020. This is mainly due to U.S. investment in strategic products such as semiconductors, electric vehicle batteries, and pharmaceuticals. drive.

A similar trend is also emerging in the UK. A report predicts that the epidemic and Brexit will prompt companies to move production to the country, and that the goods produced by British factories this year will increase by nearly 5 billion pounds.

The British "Guardian" stated that as early as the United Kingdom left the European Union and the former U.S. President Trump came to power, there have been signs that the existing world order is facing the challenge of nationalism. Experts believe that the outbreak of the new crown epidemic has accelerated this. A trend.

Postnikov, a senior lecturer in international relations at the University of Melbourne, pointed out that the pressure brought by the epidemic has made people aware of how much countries rely on imports and products in the global supply chain.

He said: "Governments cannot rely on strategic competitors to supply important goods and services... This is why autarky will not disappear. This concept has even become stronger. This is quite worrying. ."

Magnus, an independent economist at the China Center at Oxford University, believes that the impact of the epidemic on the supply chain "has lost sand in the gears of the global economy... It is difficult to separate the structural issues surrounding the supply chain from the globalization process." Everything becomes more complicated and expensive, and it looks like a sign that the global economy is collapsing."

He believes that the global economy should readjust next year, but the current crisis may have a "corrosive impact" in the medium term. This is because companies have begun to change from a single source to seek diversification, and are committed to protecting semiconductors, batteries, and Supply of strategically important products such as energy.