West Bank fears of becoming shekel 'dumping ground' Ramallah (Palestinian Territories) (AFP) Hardware store in Ramallah, in the occupied West Bank, Tasir Freij must now pay a commission to deposit the shekels collected in his shop, because the Palestinian banks are full of these Israeli notes and do not want to accumulate more ... It is the story of two territories in conflict, with overlapping economies, using the same currency but not the same 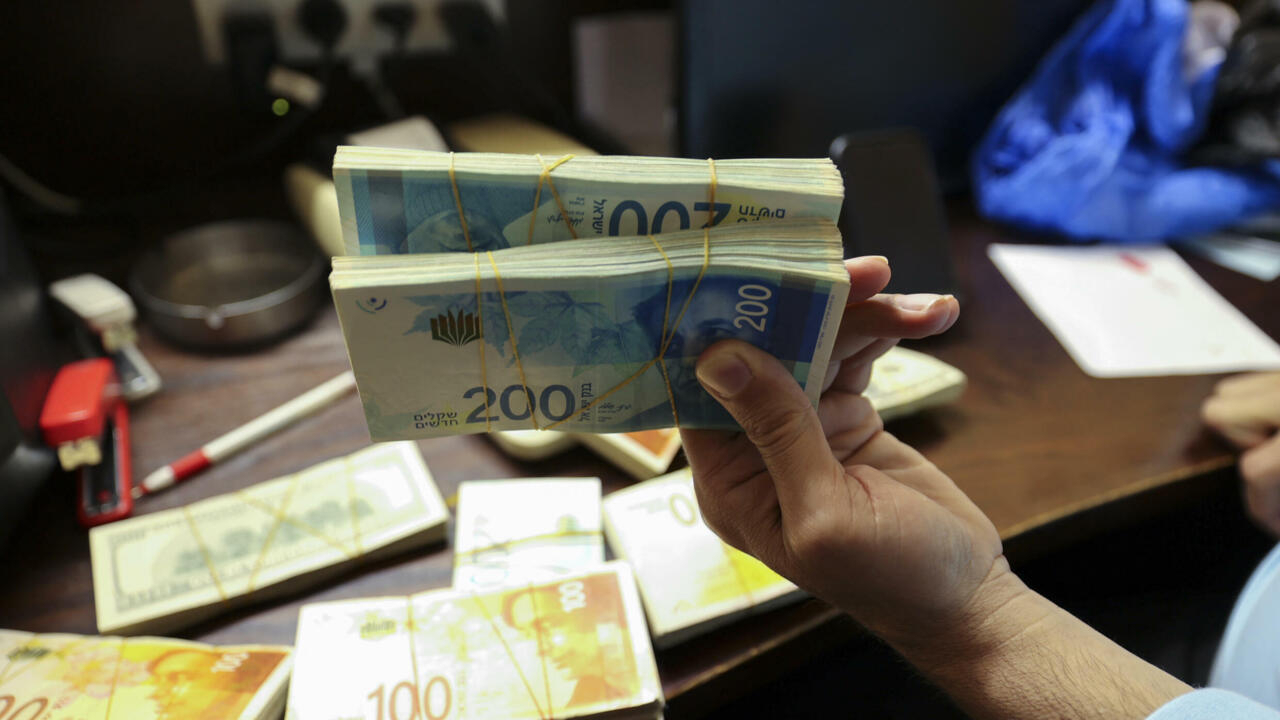 Hardware store in Ramallah, in the occupied West Bank, Tasir Freij must now pay a commission to deposit the shekels collected in his shop, because the Palestinian banks are full of these Israeli notes and do not want to accumulate more ...

It is the story of two territories in conflict, with overlapping economies, using the same currency but not the same transaction systems.

But in the West Bank, daily exchanges are mostly in cash.

Much of this cash comes from tens of thousands of Palestinians working in Israel or the settlements paid daily, often undeclared, the equivalent of nearly a hundred euros.

In the West Bank, these workers buy various consumer products from local businesses with these shekels.

And when traders like Tasir want to deposit their notes in local banks, they are now reluctant to accept them, citing a surplus of this currency in cash which they do not know what to do with.

"There is a crisis in the accumulation of the shekel and we are suffering its real effects," Mr. Freij, whose hardware store specializes in the sale of painting materials, told AFP.

According to him, several local banks now charge him a 2% commission for accepting his shekels.

Another trader in Ramallah, who requested anonymity for fear of being looted, said he closed his bank accounts and therefore withdrew his shekels to use only cash to avoid paying these commissions.

This situation annoys the Palestinian Monetary Authority, the equivalent of the Central Bank, which fears to see a black economy flourish and tries to convince the Central Bank of Israel to take back the shekels in banknotes which accumulate in Palestinian banks.

Because this is the heart of the "shekel crisis".

According to the Paris agreements, signed in 1994 between the Palestine Liberation Organization and Israel, the shekel has official currency value in the Palestinian Territories, where American dollars and Jordanian dinars also circulate.

But today, Israeli banks no longer want to reabsorb the surplus shekels of Palestinian banks, speaking of a "burden" for them, summarizes Palestinian economic analyst Jaafar Sadaqah.

In recent years, foreign currency surpluses of Palestinian banks have accumulated "several times" in Israeli banks "due to increased trade between the two economies," the Bank said in a message to AFP. Israeli power station.

"We fear that uncontrolled cash transfers (...) are used for money laundering or to finance terrorism," she adds.

The institution seeks, among other things, to limit the volumes of shekels that enter in this form in the West Bank in order to reduce the surplus of foreign currency which returns in its coffers.

"There is no doubt that the issue of the accumulation of the shekel on the Palestinian market is a very worrying problem which negatively affects the Palestinian economy, and in particular banks and businesses," said the president of the United Kingdom. 'Palestinian Monetary Authority, Firas Melhem.

"If the problem is not resolved quickly, the Palestinian market will turn into a dumping ground for the shekel," he told AFP.

Palestinian banks are therefore trying to convince Palestinians to moderate their cash deposits, even if this risks limiting the ability of banks to lend and invest in the local economy.

A Palestinian woman walking in a shopping street in Ramallah, West Bank, where daily exchanges are mostly in cash, October 5, 2021 ABBAS MOMANI AFP

How can the problem be remedied?

Some Palestinian analysts, politicians and traders question the relevance for Palestinians to use the shekel, arguing for the creation of a genuine Palestinian currency, or the use of a currency other than the shekel.

The Palestinian Monetary Authority is negotiating with the Central Bank of Israel to convince it to take back part of the shekel surpluses from Palestinian banks.

An agreement was also recently reached, through which Israel recovered four of the seven billion shekels in surplus notes in Palestinian banks, or 1.3 billion euros.

But for Mr. Melhem, one thing is clear: the Palestinians will also have to "keep pace with the development of financial technologies", by strengthening online and card payments.