The first crew to shoot a fictional film in space returned to Earth on Sunday morning. The Russian actress and director, accompanied by a cosmonaut, spent twelve days on the… 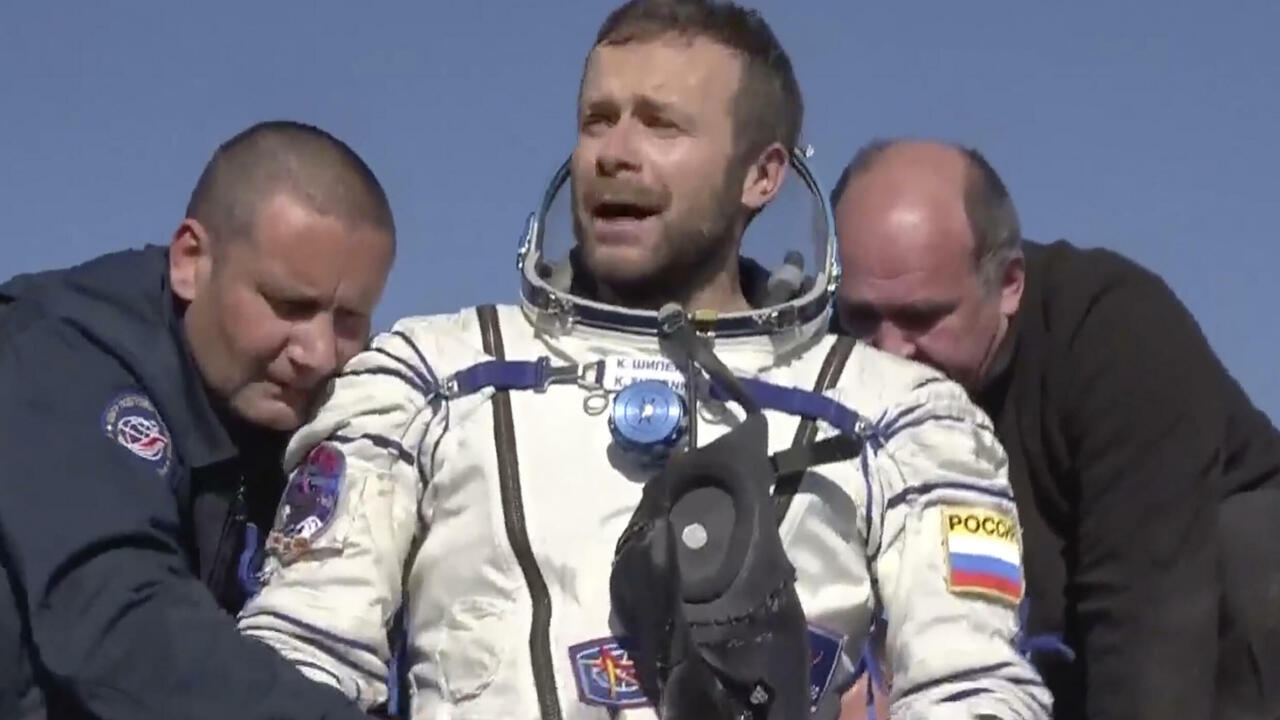 A Russian actress and director, who spent twelve days aboard the International Space Station (ISS) to shoot the first film in space, returned to Earth on Sunday, October 17 in the morning.

The Soyuz MS-18 capsule carrying Yulia Peressild, Klim Chipenko and cosmonaut Oleg Novitsky descended under clear blue skies before landing in the steppes of Kazakhstan at 4:36 GMT, the scheduled time, according to images broadcast by the Russian space agency, Roscosmos.

Director Klim Chipenko, 38, appeared coming out of the capsule, visibly distressed but smiling, waving his hand to cameras and people present, before being carried to the doctors to examine him.

>> To see: A Russian team arrives at the ISS to shoot the first film in orbit

Youlia Peressild, 37, the actress playing the main role of the film, selected from some 3,000 applicants, was then extracted from the capsule to applause, in the same condition, before receiving a bouquet of flowers and being examined.

The cosmonaut Oleg Novitski, the first to get out of the ship, was greeted by the boss of Roscosmos, Dmitri Rogozin, to whom he launched: "All is well!".

Shortly before returning to Earth, Dmitry Rogozin had published photographs of his rescue team en route to the scene of the landing aboard ten helicopters.

"It's a colossal job. We are happy that the crew are feeling well, it is satisfactory. The ship did not fall on its side, which is also a plus, in terms of extraction," said he said.

Actress Youlia Peressild said she felt "sad" to have left the ISS.

"I didn't want to leave. But it is clear that this is a one-time trial," she told Russian television.

Ahead of a competing American project with Tom Cruise, Yulia Peressild and Klim Chipenko took off on October 5 from the Russian Baikonur Cosmodrome in Kazakhstan, alongside seasoned cosmonaut Anton Chkaplerov.

Their film, provisionally titled "The Challenge", will feature a surgeon going aboard the ISS with the mission of saving the life of a cosmonaut.

Two Russian cosmonauts currently stationed on the ISS and Anton Chkaplerov will appear as extras.

In a context of Russo-American rivalry, this cinematographic adventure also takes on the appearance of a new race for exploits in space, 60 years after the first man was put into orbit by the USSR, Yuri Gagarin.

Roscosmos had revealed his ambition last year, after the announcement of a filming project aboard the ISS with Tom Cruise, the star of the saga "Mission Impossible", in partnership with Nasa and the company SpaceX d 'Elon Musk.

Klim Chipenko had started filming even before arriving on board the ISS, during the docking during which the actress assisted cosmonaut Anton Chkaplerov.

And their return to Earth has been documented by a film crew and will feature in the film.

One of the film's producers, Konstantin Ernst, head of the Pervyi Kanal television channel, said on Sunday that he was "madly happy that everything went so successfully".

"We've seen a lot of movies where weightlessness and being in orbit were simulated, but the reality is completely different," he said.

This initiative comes in the midst of the non-scientific rush for space, with the increase in recent months of leisure flights, such as those of British billionaires Richard Branson and American Jeff Bezos.

The Russian space sector, which was the pride of Moscow during the Soviet era with in particular the putting into orbit of the first satellite, the first animal, the first man then the first woman, is today undermined by the problems.

>> To see: Space race: a new rocket by Jeff Bezos takes off with Captain Kirk on board

For Roscosmos, the film must restore a reputation tarnished by corruption scandals, serial blackouts and the loss of the lucrative monopoly of manned flights to the ISS.

If images have always accompanied missions in space, from the first steps on the Moon in 1969 to the publications on social networks of the French astronaut Thomas Pesquet, a fictional feature film has never been shot in orbit.

In addition to the film, Roscosmos will soon lead a Japanese billionaire to the ISS, so as not to be left behind in the space tourism business.