Secret Muslim wedding and two million dollar party, this has been the wedding of Bill Gates' eldest daughter

Jennifer Gates and Nayel Nassar are now husband and wife. The eldest daughter of billionaire Bill Gates and the Egyptian-born horseman got married this weekend outside of New ... 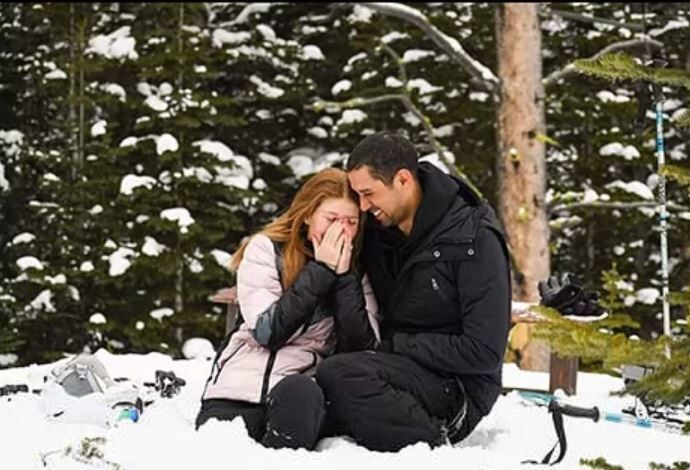 are now husband and wife.

The eldest daughter of billionaire Bill Gates and the Egyptian-born horseman got married this weekend outside of New York.

First a secret wedding for the Muslim rite took place on Friday and this Saturday they gathered more than 300 guests in Westchester County for a spectacular reception in which they threw the house out of the window.

No images of the moment have yet been seen, but according to a report in the

in an intimate private ceremony that was held secretly on Friday night in North Salem, a small town located an hour away. Upstate New York City where Bill and Melinda Gates gifted their daughter in 2018 with an old horse farm that was outfitted for the occasion.

was this Saturday on the same farm where the paparazzi managed to capture the bride and groom during a photo session in which the dress that Jennifer Gates wore could be seen, a suit by designer Vera Wang that attracted an extensive attention tulle veil. The bride was delivered at the altar by Bill and Melinda Gates, who met for the first time since finalizing their divorce last August, according to the

The weather forecast for this Saturday gave

in the afternoon so huge interconnected glass pavilions in the form of a greenhouse were installed in the gardens of the 50-hectare farm to receive guests, including Georgina Bloomberg, the daughter of billionaire and former New York Mayor Michael Bloomberg, who shares her passion for horses with the bride and groom.

The couple entrusted the menu to the Gallucci catering service while the wedding cake was made by the luxurious French pastry shop Ladurée, according to the same report from the

which provided other details of the link such as the song with which they opened the dance floor on proud founder of the Microsoft empire and his daughter:

Can you feel the love tonight "

The party was enlivened by the British band Coldplay and folk singer Harry Hudson also took the stage, according to different reports from the local press.

and which they claim had a final cost of about two million dollars.

The son of a wealthy family of Egyptian origin, Nayel Nassar was born 30 years ago in the city of Chicago, although he grew up in Kuwait, where his family owns an architecture and design firm.

began as a child and last year he represented Egypt as part of the riding team that participated in the Tokyo 2020 Olympic Games.

Both studied at the prestigious Stanford University, where the tycoon's daughter graduated in Biology and the jockey in Economics.

It was her love for horses - she has ridden since she was a child - that quickly connected them and they began dating in 2017. Since then they have not parted again and in January 2020 the couple announced their engagement during a ski trip in the that Nayel proposed to him with a diamond ring.

The true investment of the Spanish cloud business: IBM, Microsoft and Google do not build, Amazon suffers to sign and everyone is afraid of the light