October 17, 1961: tributes, roses and controversies, 60 years after the massacre of Algerians in Paris - France 24

October 17, 1961: tributes, roses and controversies, 60 years after the massacre of Algerians in Paris 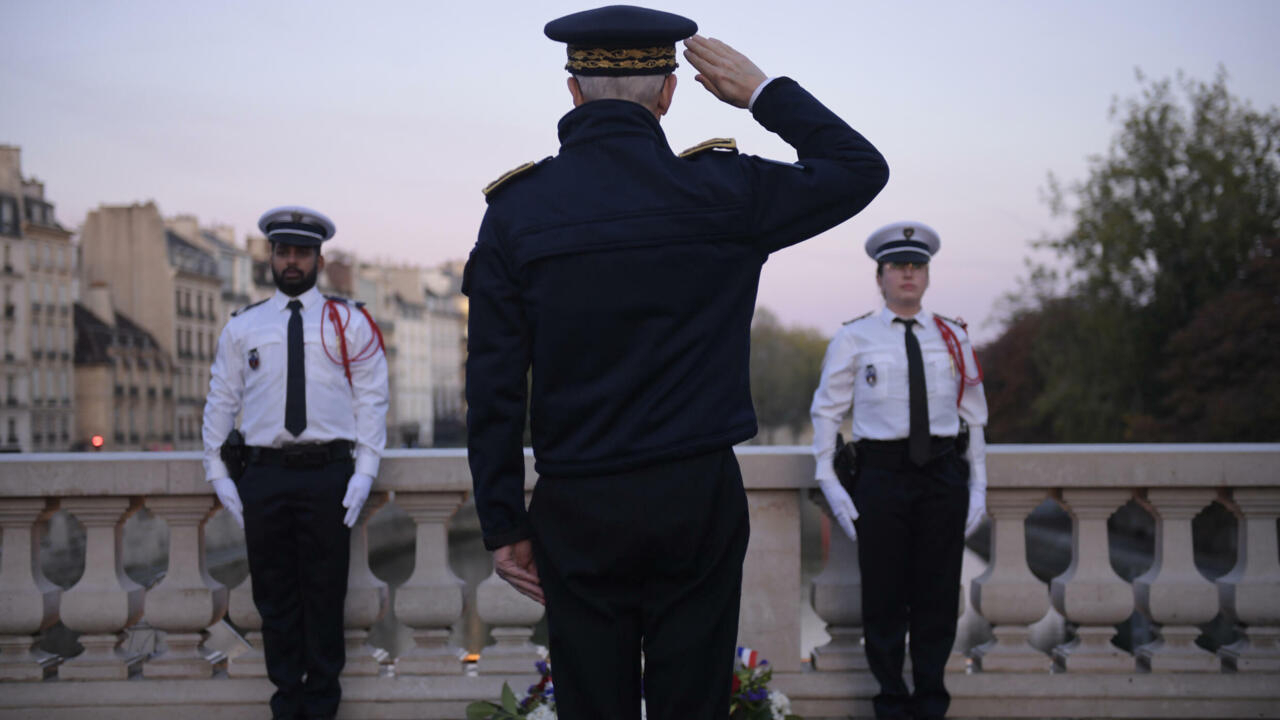 Sixty years later, the massacre of Algerian demonstrators in Paris was commemorated on Sunday by multiple protest demonstrations in France and an unprecedented gesture by the prefect of police of the capital, against a backdrop of political dissension.

Early Sunday morning, Didier Lallement laid a wreath on the banks of the Seine.

He was the first Paris police prefect to do so, after a minute of silence "in memory of the dead of October 17, 1961", according to the prefecture.

On October 17, 1961, some 30,000 Algerians demonstrated peacefully at the call of the National Liberation Front (FLN) against the curfew imposed on them.

The French presidency recognized Saturday for the first time that "nearly 12,000 Algerians were arrested and transferred to sorting centers. In addition to many wounded, several dozen were killed, their bodies thrown into the Seine".

The official toll has so far only counted three victims.

Saturday, on the banks of the river, Emmanuel Macron had himself participated in a solemn commemoration.

Above all, the president had declared in a statement: "The crimes committed that night under the authority of Maurice Papon are inexcusable for the Republic", designating the one who was at the time prefect of police of Paris.

The gesture and the words of Emmanuel Macron, "it is a small step more but it is not satisfactory", declared to AFP the historian Gilles Manceron, an official of the League of the rights of the Male (LDH), in the Parisian demonstration.

At least 1,800 people, according to the authorities, demonstrated on Sunday in the capital, chanting "October 17, state crime" and "Open the archives, from Paris to Algiers".

Demonstrators march near the Pont Neuf in memory of the Algerians killed during the repression of a demonstration 60 years earlier, on October 17, 2021 in Paris Alain JOCARD AFP

Only small groups were able to access the Pont au Change to throw roses in the Seine.

"In memory of all who were murdered," said one.

- "Neither hatred nor revenge" -

Other demonstrations took place Sunday in France, bringing together 200 people in Toulouse behind the banner "A colonial massacre".

In Strasbourg, about sixty demonstrators threw red roses in the Ill while in Bordeaux, a hundred threw white roses in the Garonne.

"We have neither hatred nor revenge, we just want to appease memories", slipped to AFP Saïd Boudjema, the president of the Franco-Algerian Federation Aquitaine Plus, which organized the Bordeaux tribute.

The left, LFI, EELV and PCF in the lead, continues to demand recognition of a "state crime".

"The president missed the opportunity to take one more step towards reconciliation," tweeted the environmental candidate for the presidential election Yannick Jadot who was taking part in the Parisian parade.

The PS mayor of Paris, Anne Hidalgo, also a presidential candidate, gathered on the Saint-Michel bridge, in front of the stele "in memory of the many Algerians killed during the bloody repression" that she had inaugurated in 2019 .

Candidate for the nomination of the Republicans for the presidential election, Valérie Pécresse told the LCI-RTL-Le Figaro Grand Jury described the past repression as a "tragedy".

"But I would have liked the President of the Republic to associate with the memory of the victims of this demonstration that of the 22 French police officers who lost their lives in the FLN attacks that same year 1961".

Women throw roses in the Seine from the Pont Neuf in Paris, in memory of the dozens of Algerian demonstrators killed during the repression of October 17, 1961, October 17, 2021 Alain JOCARD AFP

Michel Barnier, who also hopes to wear the colors of the right in the presidential election, said on CNews, Europe1 and Les Echos: "We have a duty of truth after a tragedy of this nature which is not excusable", but during the Algerian war "there were victims on both sides" and "I would not give in repentance".