Yolanda Díaz: her husband and daughter move to Madrid to prepare the assault on Moncloa

All eyes point to Yolanda Díaz. Her name takes more and more force as the great hope of the left and a candidate for the presidency of the Government in the next ... 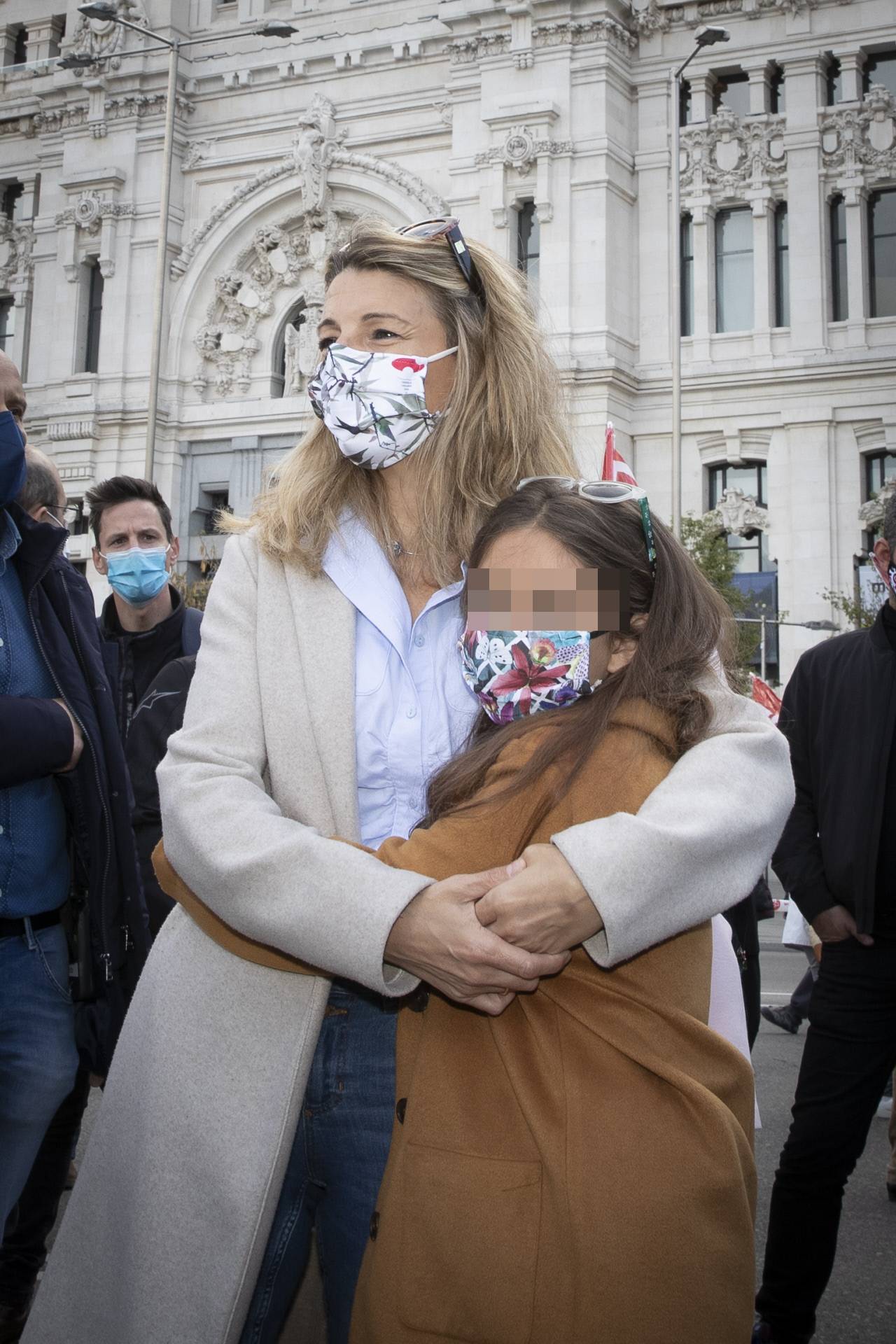 All eyes point to Yolanda Díaz.

Her name takes more and more force as

the great hope of the left

and candidate for the presidency of the Government in the next elections, leading a broad front project that brings together all the forces to the left of the PSOE.

The pressure is redoubled and inevitably affects his personal life

The quiet routine she was used to is gone now that all the spotlight is on her, but there is something she is holding on to: her family.

is her daughter and her husband,

JAM, and at this key moment in her career both have moved to Madrid to support her.

When she became minister, in the already distant pre-pandemic January of 2020, both continued living in Galicia, trying a

that she was able to maintain in her four previous years as a deputy in Congress, but which soon proved impossible. with the demands of ministerial life. Now, LOC has been able to confirm a

family reunification in the capital.

Her daughter, aged nine and a half, is enrolled in a Madrid school and her husband, a

left his job in Ferrol

and has found a new one in Madrid. This supplement had already told that the family passed the strict confinement of the first state of alarm together, but now it has been able to confirm that it was not the result of chance, but that

father and daughter had just moved.

It all coincided with a very special date, March 8,

They all celebrated together, oblivious to what was to come and, according to close sources,

the girl came to attend classes at her new school for just two days,

until the Community of Madrid agreed to close the classrooms.

As Minister of Labor, the quarantine had little of a home life for Diaz, as she went daily to the Ministry and was filled with hours of work and stress in the face of an unprecedented situation.

Based on hours and effort, the also second vice president of the Government did not accuse the wear and tear of such a demanding portfolio in the midst of the pandemic and has squeezed the less than two years of government, gaining in projection.

the most valued minister among young people and the voters of United We Can and, according to the survey carried out by Sigma Dos for EL MUNDO, the second member of the Government with the highest score, 4.5, on the heels of the Minister of Defense, Margarita Robles (4 , 6).

Her image came out strengthened,

but the life she was used to suffered suffered and if her unstoppable career continues along the line drawn, it will do so even more.

enjoys small pleasures such as going out to buy bread

on weekends or taking care of the shopping and her personal errands and the plans with which she feels most comfortable are the calmest, oblivious to the hustle and bustle. surrounding his life in the Ministry.

now he barely manages to preserve those routines

, which he misses as much as his trips to Galicia.

The last bridge of the Pilar did move to his land for a family commitment, but lately he has visited it less than he would like.

Yolanda Díaz and her daughter, at the demonstration on May 1 in Madrid.

Although she may be outgoing in her professional life, in her personal life she is a very shy person who does not cope well with being the center of attention. The continuous exhibition takes its toll on him and only the presence of his family in Madrid makes everything more bearable. And that the timeshare is less than desired. As LOC has been able to confirm, she

or in endless meetings, so it is not strange that

during the week there are days when she does not see her daughter.

will be a support in which it seems the

beginning of her career towards the Presidency

, although she has not yet confirmed if she will take that step. Sources consulted by this newspaper assure that it has not even made the final decision on whether it wants to take that path in which everyone sees it as the best situated, no longer under the acronym of United We Can, but in that

broader project that would be developing .

Even the former chief of staff of Pedro Sánchez, Iván Redondo, has predicted, in an interview in

(Antena3), that she could become

"the first president in history" of Spain.

and in her first interview with Jordi Évole on LaSexta, she even sparked rumors about whether she would be in contact with Sánchez's former guru to guide her on that path.

From their close environment they deny it outright.

The mother of the PantojaDoña Ana: 'La Melones' watched over the virtue of her daughter

The 42,000 euros that Matías Urrea left to Ainhoa ​​Arteta, the woman who did not want to sign her wedding

COMPANIESFélix Gullón slammed the door in the cookie war: "I was going to lose my health"