The United States has offered to provide financial compensation to the relatives of Afghan civilians who were "mistakenly" killed by a US drone strike in late August in Kabul, a Pentagon spokesman said Friday. Spokesman John Kirby said in a statement that the US Deputy Secretary of Defense for Policies 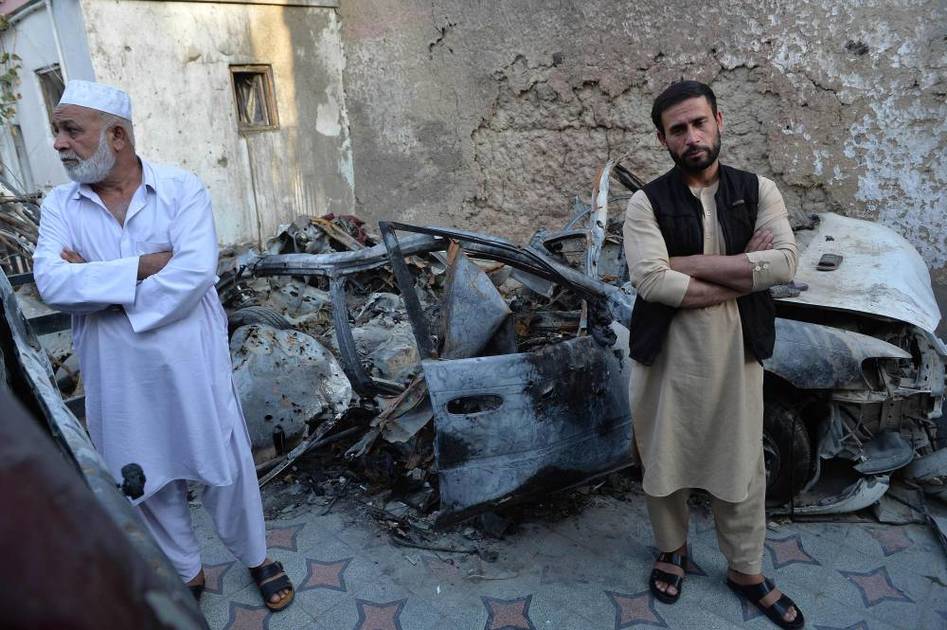 The United States has offered to provide financial compensation to the relatives of Afghan civilians who were "mistakenly" killed by a US drone strike in late August in Kabul, a Pentagon spokesman said Friday.

Spokesman John Kirby said in a statement that US Deputy Secretary of Defense for Defense Policy Colin Kahl proposed providing "financial compensation" to the families during a virtual meeting he held with Stephen Kwon, head of the non-governmental organization that one of the bombing victims, Azmrai Ahmadi, worked for.

The amount of this compensation has not been determined. The US official also offered to help "members of the Ahmadi family who want to settle in the United States."

Cal stressed that "the strike was a tragic mistake, and Azmaray Ahmadi as well as those who were killed are innocent victims (...) who do not belong to ISIS-K" and do not represent "any threat to US forces."

On August 29, the United States destroyed a white Toyota Corolla, saying that it was “laden with explosives,” and confirmed that it had thwarted an attack attempt by the local branch of ISIS, days after the organization carried out an attack that killed 13 American soldiers and about a hundred Afghans near Kabul Airport.

According to General McKenzie, who was commanding US forces in Afghanistan before they withdrew from the country, a car of this type was parked that morning near a building that was considered a hideout for the organization.

The next day, the family of the driver, Esmrai Ahmadi, said that he was working for an NGO and that ten people, including up to seven children, were killed in the strike. "My brother and his four children were killed, I lost my granddaughter and a number of my nephews and nieces," Ismaray's brother, Aymal Ahmadi, told AFP.

And the New York Times denied in an investigation it conducted, based on surveillance camera footage and interviews, the US military's version of what happened.

On September 17, the military acknowledged that the strike was a "tragic mistake."

Contrary to what the army initially said, the "explosives" inside the car appeared to be nothing but water bottles and that the driver was not from ISIS, according to an investigation.

US Defense Secretary Lloyd Austin offered his "sincere condolences" and "apologies" for the fatal error.

Then, relatives of Afghan civilians killed in the strike deemed Washington's apologies "insufficient."

More than 71,000 Afghan and Pakistani civilians were killed during the 20-year war in Afghanistan.