Unesco, Netflix and the great challenge of the film industry in Africa

As Fespaco opens this weekend in Burkina Faso, how is the film industry in Africa doing? Interview with Ernesto Ottone, Assistant Director General for Culture at Unesco. 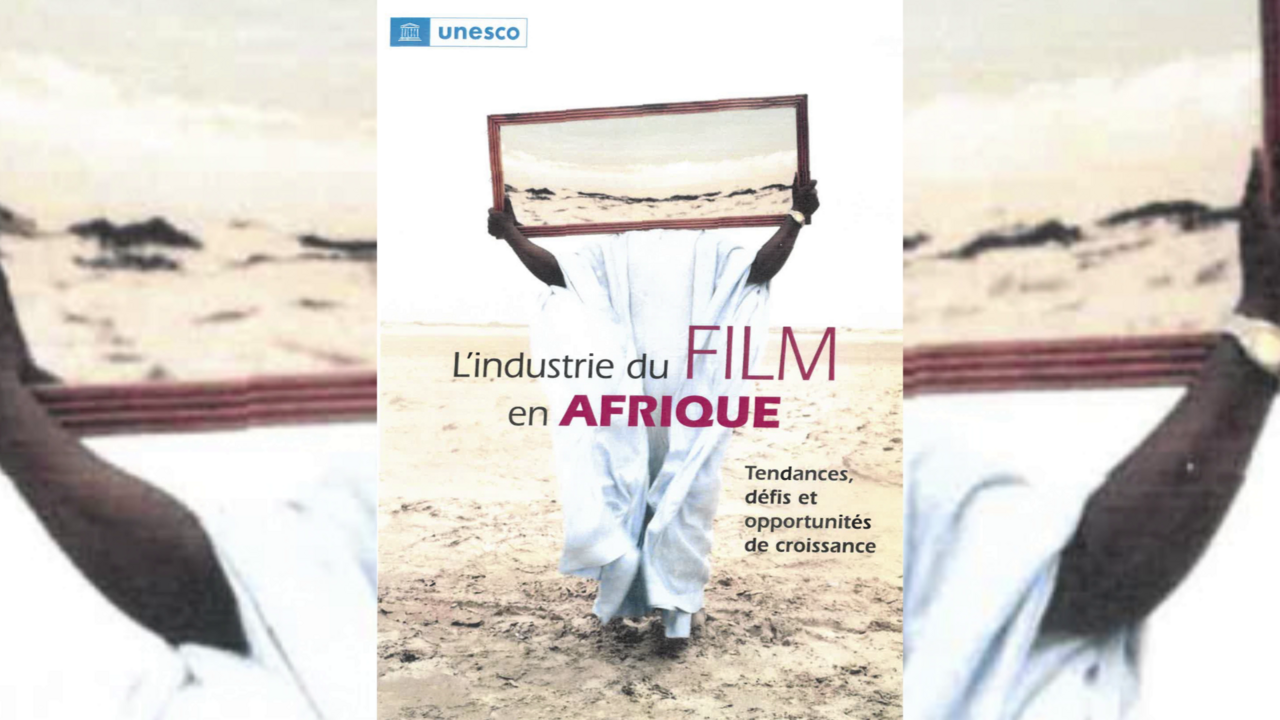 Unesco, Netflix and the great challenge of the film industry in Africa

Cover of Unesco report: “The film industry in Africa.

Trends, challenges and opportunities for growth ”, published in October 2021. © Unesco

As Fespaco opens this weekend in Burkina Faso, how is the film industry in Africa doing?

Excellent news. Africa's film and audiovisual industries could quadruple their annual revenues and the number of jobs in the sector. This is one of the conclusions of the major report

The Film Industry in Africa

, published by Unesco, which has also just concluded an unprecedented partnership with Netflix. This first mapping of the 54 countries of the African continent will be presented next week

, the largest film festival in Africa.

: The first observation of your report is astounding: the film industry in Africa could quadruple the number of jobs and turnover. According to you, there are more than 20 million jobs to be created and 20 billion dollars to be generated per year. Why haven't African countries done it so far

The objective of this report is to take stock of all that there was as a policy of an audiovisual, television and film industry and to send a message to our African Member States indicating where they are. strengths and weaknesses and needs in order to develop the film industry. We worked eight months to make the broadest and most exhaustive report possible. How will they be able to go from 5 million jobs today to 20 million in a few years? Precisely by adapting, for example, some good practices from other African countries.

The report offers the first country-by-country mapping of the film industry in Africa. We discover that the leading film-producing countries in Africa are Nigeria (

This is the whole complexity of the question. I do not believe that there are three countries that can serve as a model for the continent. However, there are countries that have developed a very strong industry such as Nigeria, Kenya or South Africa. Other countries, such as Senegal, Mauritius or Zimbabwe, have developed other rather mixed models where the State plays a role, but where there are also private actors and international funds. Then you also have countries which have rather developed the festival model, with major meetings for the “promotion” and distribution of films. This is the case of Burkina Faso with Fespaco, the largest film festival on the continent, or Côte d'Ivoire with Discop Africa Abidjan, the largest audiovisual market in French-speaking African countries. So,there is no one model, but there are several possibilities for development.

What are the main obstacles for the film industry in Africa

There are general obstacles, for example the lack of training or the lack of film institutions or grandes écoles to prepare for the future.

It is a problem across the continent.

Then there is also the lack of funding.

There are only 8% of all Member States that have state funding mechanisms.

In Burkina Faso opens this weekend the largest film festival on the African continent. But, despite Fespaco, despite a policy of support for filmmakers, cinemas and the film industry, despite training institutions, around thirty production companies, etc., the income generated by the film and audiovisual industry of this country of 27.4 million inhabitants remains extremely modest with 2 million dollars of turnover and

6,000 indirect jobs). What are the proposals in the Unesco report that could, for example, change things in Burkina Faso

Next week we are going to Fespaco where we will present this report and participate in meetings with different authorities and several ministers of culture. One thing that is obvious is the weight of piracy in Africa. It is the continent where there is the most piracy compared to the formal audiovisual sector. And Africa is also the continent with the fewest cinemas. There is one screen for every 787,402 inhabitants. There, there is a problem with the circulation of films. Some countries recognize that between 50% and 75% of their audiovisual market comes from piracy, which precisely does not generate tickets to theaters, and no income for authors and producers. It is a very serious problem. The revenues do not go to the audiovisual rights holders. There are many countries that have laws,but they fail to apply them. These offenses are not punished.

The report asserts that today “

,” grants often awarded by certain countries and institutions in Europe.

We are not saying that international subsidies should be stopped.

We believe in it and we continue to work in this direction as well.

But, without good legislation and administration and without the necessary resources to develop an industry and adequate mechanisms, it will be very difficult to progress.

The problem is when there is no retaining force to hold back the creative powers in Africa. Today you have a large amount of young talent leaving their country and unfortunately have no way to come back and develop their industries on the continent. We are trying to push States to implement policies ensuring that this African creative capacity and that young African directors stay in Africa.

Unesco has just concluded an unprecedented partnership with Netflix to “

find the directors of tomorrow

” in sub-Saharan Africa. With their short films, young directors between the ages of 18 and 35 can win six prizes

to make a short film that will be released in 2022 on Netflix). The commitment of large platforms (it is worth remembering that Netflix alone plans to spend $ 17 billion in 2021), is this the future of film on the African continent

No, I wouldn't say it's the future. But it is one of the elements which can push to move towards this development which is in the process of being done. During the pandemic, we understood that we must work with these large platforms which, today, have an interest for creativity to develop on the continent. We at Unesco adopted [in 2005] the convention for the protection of diversity. It can only work if the knowledge and the knowledges have a massive diffusion. Today, large platforms allow us to distribute African content to make it known around the world. And these platforms are ready to invest in young talent to produce local content. Of course we find that this is a good way to boost this sector.

Table 1, main VOD operators in Africa, taken from the Unesco report: “The film industry in Africa”.

: The United States and China

Apart from the American platforms, is it the Chinese soft power which will advance the African soft power in the cinematographic and film universe of tomorrow

Today, we see that there is a very strong investment in certain African countries on the part of the United States and China, but there are others. No doubt this produced a multiplier effect. We believe that bilateral or multilateral contracts are becoming fundamental in the audiovisual field. Always on the basis of sharing experiences. We believe that it is easier to bring together several countries with different audiovisual demands in order to be able to create an ecosystem of an industry that can draw on the specificities of one country to another.

In fact, there is support from certain North American and Asian countries which are very strong in Africa and which are in the process of developing cinema circuits, new television channels and content. It is a challenge for everyone, for the private, the public, but above all for the creativity of people in Africa.

The report highlights the benefits of the digital revolution for the film industry in Africa. Among the positives is the emergence of a new generation of directors living today with income generated online from their work. There is also the observation of a growing demand in the world for greater diversity on the screen. And above all, thanks to digital platforms, for the first time, African films are visible all over the world. For you, digital represents the chance for the film industry in Africa

In our opinion, this now allows for a greater distribution of content, stories and identities. This allows this continent so rich to be seen and recognized by the whole world. The African diaspora in the world is very large. It also needs to be recognized and that the links be multiplied. Africa is one of Unesco's priorities. So, if we can come in support, as we have already done for fifteen years [

since the Charter of African cultural renaissance, adopted in 2006, Editor's note

] to develop things on the continent, we do so. made. And if digital technology makes it possible to do so, of course, we will be alongside our Member States.

The film industry in Africa.

Trends, challenges and opportunities for growth