Earlier this year, the US Army and the military alliance NATO carried out the exercise Defender Europe with 28,000 soldiers in the Baltics, among other places. But Russia was not invited as an observer by the United States and NATO, they tell SVT. 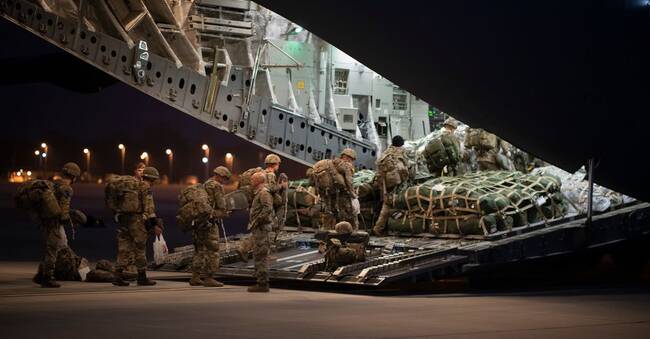 The US Army is leading the Defender Europe exercise.

It was conducted in the Baltics, the Balkans and the Black Sea in the spring and early summer when 28,000 soldiers from 26 countries practiced.

Compared to the Russian exercise Zapad, the exercise is small.

US and allies practice air landing at Boboc Air Force Base in Romania during Exercise Defender Europe 21. Photo: US Army May 10, 2021

It was a response to the fact that NATO did not invite Russia as an observer to Defender Europe, according to the Kremlin.

It replies that Russia has "again failed" to announce major exercises in advance, according to the so-called Vienna document.

The Secretary General of NATO will address this to the Russian Foreign Minister at a meeting in September.

"We urge Russia to follow the spirit and wording of the Vienna Document in terms of military presence and activity, including the mandatory transparency measures established by all OSCE participating States, including Russia," Irina Novakova of the NATO Press Service said in a statement.

She emphasizes that each country has the right to conduct military exercises, as long as it takes place within the framework of its international commitments.

"NATO strongly believes in transparency and predictability in military contexts."

The United States is leading the exercise

NATO says that Defender Europe is an exercise led by the United States and that it is host nations where the exercise took place that can invite Russian observers - if they decide.

SVT Nyheter has been in contact with the headquarters of the US European Army, which replies that Russia was not invited to the exercise because the US was not a host nation.

"A host nation may invite representatives of the OSCE participating States to observe military exercises on its territory so that they can verify that they are defense exercises - but that depends on the decisions the host nation makes," Audra Calloway told the US Army Press Service. in Europe and Africa.

She adds that the United States and host nations provided the necessary announcements in accordance with the Vienna Document to all OSCE participating States.

SVT News has not been in contact with the 16 countries where the exercise was held.