Ronneby's daughter and now Sölvesborg resident, Frida Antonsson, was recently named Stella confectioner of the year. The prize was awarded at the Stellagalan, the purpose of which is to work for gender equality in gastronomy and highlight enterprising women in the industry. - It was unreal, I did not think so, she says. 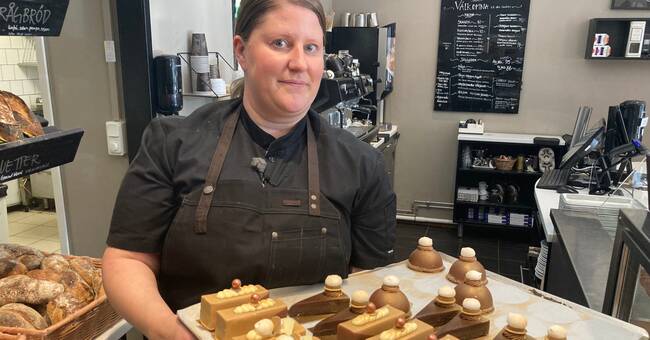 It was a happy but confused confectioner that SVT Nyheter Blekinge met the day after she was awarded the prize.

Although she was personally awarded the prize, she explains that it is thanks to all the employees at the patisserie.

- It's the whole company's merit, all this.

Frida Antonsson runs the patisserie together with her partner.

She says that it is a long working day for them.

- We start at four in the morning and are home at seven in the evening, she says.

But there is no doubt that it is worth it.

- We love this profession.

Hear Frida Antonsson tell more in the clip above.