Russia recently ended the major exercise Zapad with 200,000 troops, according to Russian data. But Sweden did not receive an invitation as an observer to the largest maneuver in Sweden's immediate area since the Cold War. - Very serious, says Fredrik Löjdquist, head of the Stockholm Center for Eastern European Studies and former ambassador to the OSCE. 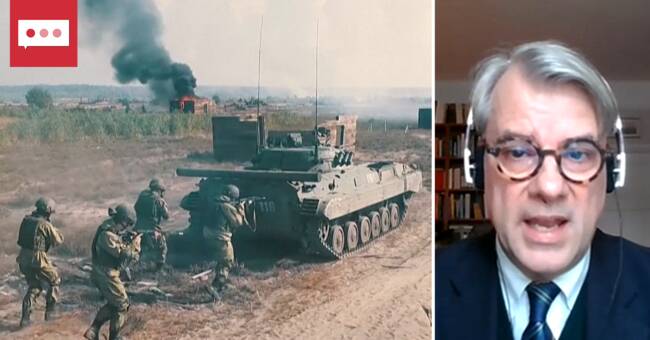 In mid-September, the strategic exercise Zapad 21 (West 21) reached its peak before ending a few days later.

At that time, landing in Kaliningrad on the other side of the Baltic Sea was practiced.

But Sweden was not invited as an observer - neither by Russia nor its partner Belarus, which also participated in the exercise.

The last time Zapad was implemented (2017), Sweden was invited by Belarus and gained insight into parts of the exercise there.

But this year there was no invitation at all.

Fredrik Löjdquist, Sweden's former ambassador to the OSCE (Organization for Security and Co-operation in Europe), is concerned and emphasizes the importance of military confidence-building.

- It is a way to create transparency and predictability, to reduce tensions and concerns and to avoid surprising military attacks.

Sweden's defense attaché in Moscow, however, had to make a short visit to a firing range in Mulino 400 km east of Moscow.

The demonstration lasted for an hour and was part of Russia's program for foreign defense attachés, but it was not an invitation under the so-called Vienna Document, which regulates trust and security-building measures for members of the OSCE, of which Russia is also a member.

- There you will be invited to military exercises that include more than 13,000 in troops.

Russia has carried out that number of exercises which is significantly greater.

None of these have been observed by the other participating states in the OSCE, says Fredrik Löjdquist.

The headquarters at the Swedish Armed Forces tells SVT that Russia has never invited Sweden as an observer, according to the Vienna document - while Sweden invited Russia as an observer to the exercise Aurora 2017 which was the largest military exercise in Sweden in two decades.

Russia's deputy defense minister recently told state-run news agency Tass that the NATO military alliance was not invited to the exercise either.

The motive, according to the Kremlin, was that NATO had not invited Russia to Defender Europe 21, which is a major military exercise in 16 countries led by the United States.

Here you can read NATO and the US Army's comment to SVT News.