Returning to the nuclear agreement..Iran wants negotiations with Europe first, and officials call on it not to waste time

Iranian Foreign Minister Hossein Amir Abdollahian said that discussions with the European side on nuclear negotiations will continue in Brussels during the next two weeks. 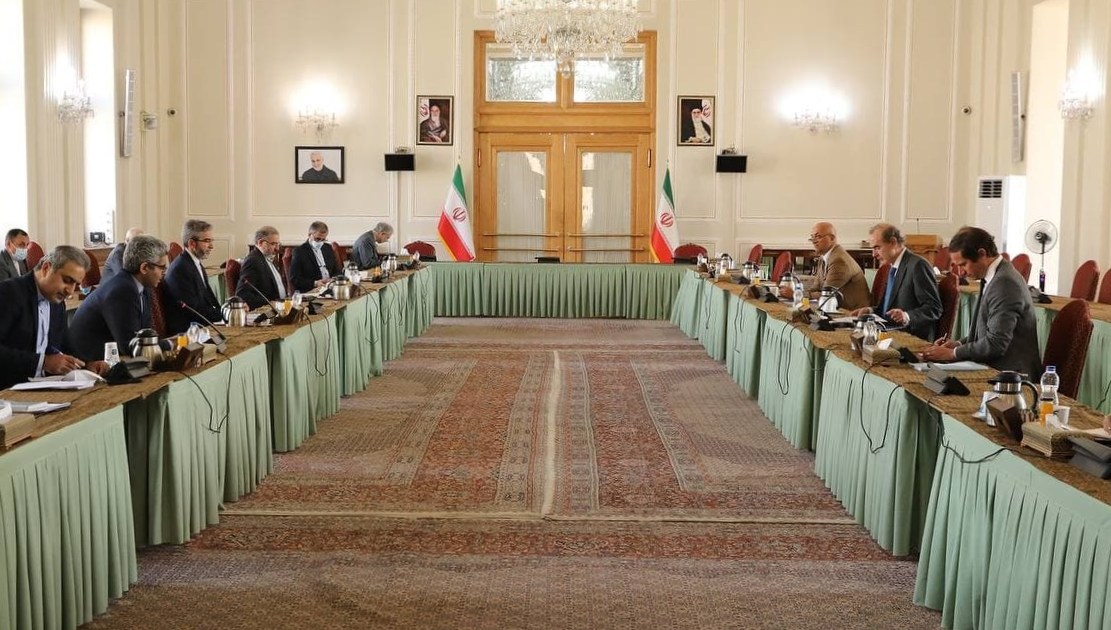 Iranian Foreign Minister Hossein Amir Abdollahian said that discussions with the European side on nuclear negotiations will continue in Brussels over the next two weeks, but Western officials called on Tehran to return to the Vienna negotiations and "not to waste any more time."

Abdullahian said - during a telephone conversation with his Chinese counterpart Wang Yi - that talks with the Europeans began in a positive and constructive direction, stressing the need to fully and effectively lift US sanctions.

He also criticized what he called "the failure of European countries" to implement their commitments under the nuclear agreement.

The Iranian Foreign Ministry said that the Chinese minister welcomed the talks with the European side.

And Reuters news agency quoted a senior European Union official - on Friday - that Iran is not yet ready to return to talks with world powers over its nuclear program, and that its new negotiating team wants to meet first with the Union in Brussels in the coming weeks.

"They are not yet ready for dialogue in Vienna," the official told reporters, on condition of anonymity, adding that he believed Tehran was "certainly determined to return to Vienna and to complete negotiations."

The official - who described the meeting in Brussels as a "good idea" - said that it would give both sides the opportunity to review the texts on the table since last June and clarify questions that the new Iranian negotiating team might have.

For his part, European Union Foreign Minister Josep Borrell expressed his readiness to receive Iranian officials in Brussels, but at the same time called on Iran not to waste more time and return to the negotiating table over its nuclear program.

"I'm not saying it's absolutely necessary, but I have to show some kind of strategic patience in this regard, because we cannot allow ourselves to fail," Borrell added.

But Russia's ambassador to the International Atomic Energy Agency, Mikhail Ulyanov, who follows the nuclear talks, indicated that it would be better for Iran to return to the Vienna talks, and wrote on Twitter, "Isn't it more wise to discuss texts with the participants in the Vienna talks?"

Enrique Mora, the European Union official responsible for coordinating the talks, visited Tehran the day before yesterday, Thursday, to meet with members of the Iranian negotiating team, four months after talks between Iran and world powers stopped.

Iranian President Ebrahim Raisi has so far refused to resume indirect talks with the United States in Vienna on the two sides' return to compliance with the agreement under which Iran imposed restrictions on its nuclear program in return for the lifting of economic sanctions.

Western officials fear that the new Iranian negotiating team will present new demands beyond what has already been agreed upon.

For her part, the spokeswoman for the French Foreign Ministry said that Paris and its partners in the Joint Comprehensive Plan of Action, as well as the United States, call on Iran to return without delay to the Vienna negotiations.

A statement by the French Foreign Ministry stated that France is ready, with other partners and the United States, to resume negotiations where they left off last June.

The statement stressed the need for Iran to resume its full cooperation with the International Atomic Energy Agency and to end all activities that violate the nuclear agreement.

Since former US President Donald Trump announced the United States' withdrawal from the agreement in 2018, Iran has been reproducing stocks of enriched uranium, purifying it to higher quality levels and adding advanced centrifuges in order to speed up the enrichment process.

The Vienna negotiations - held under the auspices of the European Union - are aimed at Washington's return to the agreement that the Trump administration withdrew from, and push Iran to abide by its international commitments related to the nuclear program.

Reuters quoted the Saudi foreign minister as saying that the region is entering a dangerous phase with Iran accelerating its nuclear activities.

On the talks between his country and Iran, the Saudi minister said that they were friendly, but did not achieve tangible progress.