Per Lundberg from Umeå was charged with spreading 20 drone films online without permission - the first indictment of its kind in Sweden. Now the district court has had its say and acquits him completely of the accusations. - It feels good and it shows that the law is toothless, says Umeåbon. 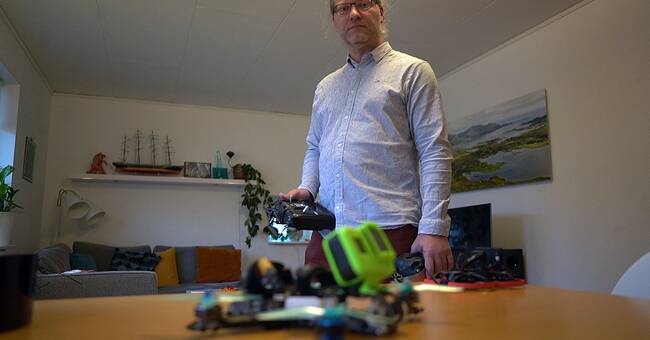 It is not illegal to film with drones, but to spread the images further on the internet, a distribution permit from the National Land Survey is sometimes required, depending on how it is filmed or photographed.

This is so that the material that is shared does not contain sensitive information that could damage the Swedish total defense.

Per Lundberg was prosecuted for violating the law on protection of geographical information.

The law is relatively new, from 2016, and this was the first time it was tried in court.

It is about 20 films that he posted on his Youtube channel with 25 subscribers.

Judgment of the District Court

According to Lantmäteriet, Per Lundgren did not apply for a permit for the distribution, but another person applied for and received a permit to distribute the drone film after the film was released.

Lundgren believes that it has happened that he filmed for others and that they in turn have applied for permission.

According to the verdict, it is therefore unclear whether there was a permit before the film was distributed.

The district court considers that the dissemination of each of the compilations is an individual crime.

It would therefore be difficult to convict someone of a crime if they cannot rule out that the person had a permit for dissemination in one or two cases - but it is uncertain in which cases - which means that Per Lundgren is completely acquitted.

None of the films showed any sensitive geographical information and a unanimous district court acquits Lundberg completely.

- It is a reasonable verdict, I think the district court has come to a good conclusion, he says to SVT News.

- For me personally, it is nice to be free, but it shows that the law is toothless.

Now everything is even more incomprehensible.

Neither the National Land Survey nor the extra prosecutor - Jennifer Piironen - want to comment on the verdict in more detail.

- The district court has made its assessment and I have taken note of it, but otherwise I have no comments.

I can not say at present whether I should appeal the verdict or not, says Jennifer Piironen.

She has until November 4 to appeal the verdict.