Norway's Minister of Justice after police criticism: Must be thoroughly investigated

Norwegian police have been criticized for acting too slowly during the deadly act in Kongsberg. But Justice Minister Emilie Enger Mehl does not yet want to comment on the criticism. - Now it is important that the police get a review and investigate the matter thoroughly, says Emilie Enger Mehl to Ekot. 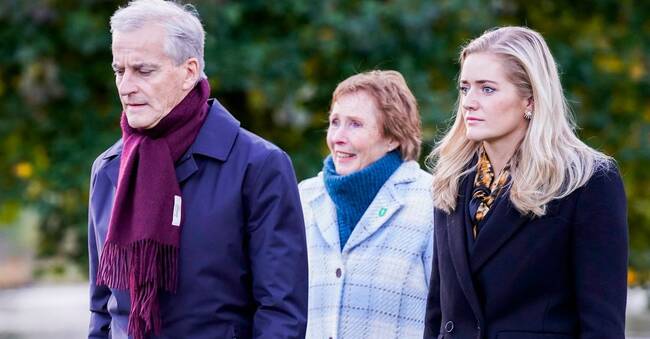 Five people were killed when an armed perpetrator attacked Norway on Wednesday.

Only 34 minutes after the first alarm came in to the police could a 37-year-old man be arrested.

According to the police, it is probable that all the victims were killed after the police had first contact with the suspected perpetrator.

The circumstances have led to criticism of how the police handled the operation.

Earlier this week, the head of the local police district said that the authority is considering reporting itself for how it acted during the incident.

The Minister is waiting

Emilie Enger Mehl, Norway's Minister of Justice, tells Swedish Radio that lessons must be learned after the act, but does not want to comment on the criticism of the police.

- Now it is important that the police get a review and investigate the matter thoroughly.

It is still a relatively recent event where there is a lot to do, she tells Ekot.

- These are questions that we will return to when the matter is investigated.

Not a terrorist crime

The 37-year-old man who was arrested in connection with the attacks is not suspected of terrorist crimes, the police announced at a press conference on Friday.

According to the police, there are many indications that the man is suffering from a mental illness and that he planned the act for a long time.

The man was armed with a bow and arrow, but also other weapons.

At the moment, the police do not want to say what kind of harassment it was.

- We want the witnesses to tell us what they saw, not take part in information in the media, said police superintendent Per Thomas Omholt on Friday.

Kongsberg resident Svein Westad lost his friend in the act.