Anyone whose partner has suffered from ALS has more than twice the risk of committing suicide or having an accident, shows a new study from Karolinska Institutet. - We were really surprised, we had imagined a slightly increased risk of heart attack possibly, but increased mortality in suicide we had not imagined, says Ulf Kläppe, doctoral student and specialist in neurology. 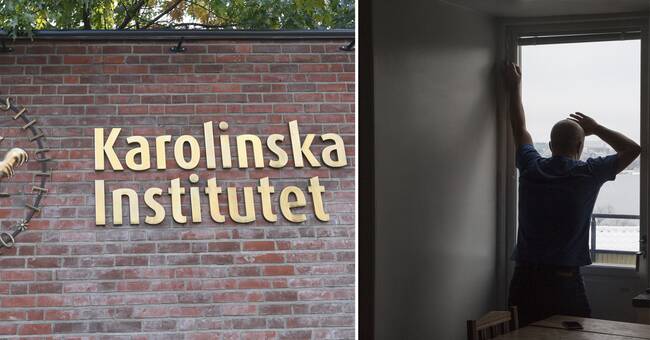 ALS is a collective name for several incurable diseases that affect the nervous system.

Today there are antiretroviral drugs but no cure for the disease.

When the nervous system is knocked out, all functions are affected and in the final stage of the process, the ability to breathe is affected so much that the sufferer dies.

For patients and relatives, the diagnosis means a crisis, and as the disease progresses, the pressure on relatives increases.

- For some relatives, it can be a huge burden.

It can affect how much you can work, which also affects the economy.

Then maybe you limit your social contacts because you want to be in place and take care of your relative, says Ulf Kläppe.

In the registry study from KI, the researchers compared partners to ALS sufferers with the rest of the population.

Parents and siblings of the ALS-affected people were also examined, a total of around 14 million people, born between 1932-1993, were included in the study.

These groups also have a higher mortality rate in, among other things, dementia, but then there are genetic factors that can explain the connection.

Why partners of ALS sufferers have a higher mortality rate is not explained by the study, but the researchers believe that the mental strain affects.

- All the practicalities, from waking up in the middle of the night and helping your partner to maintain contact with authorities can be an extremely burdensome "caregiver burden", says Ulf Kläppe.

Today, the relatives are followed up with a call from a nurse after the patient has died.

Ulf Kläppe hopes that the study can improve the care of the relatives by the care.

- The insight has in any case influenced me in the meeting with relatives, that I pay attention to them more than before.