A demonstration that is expected to be massive will march through the center of Rome today to protest against fascism and call for the outlawing of movements arising from that ... 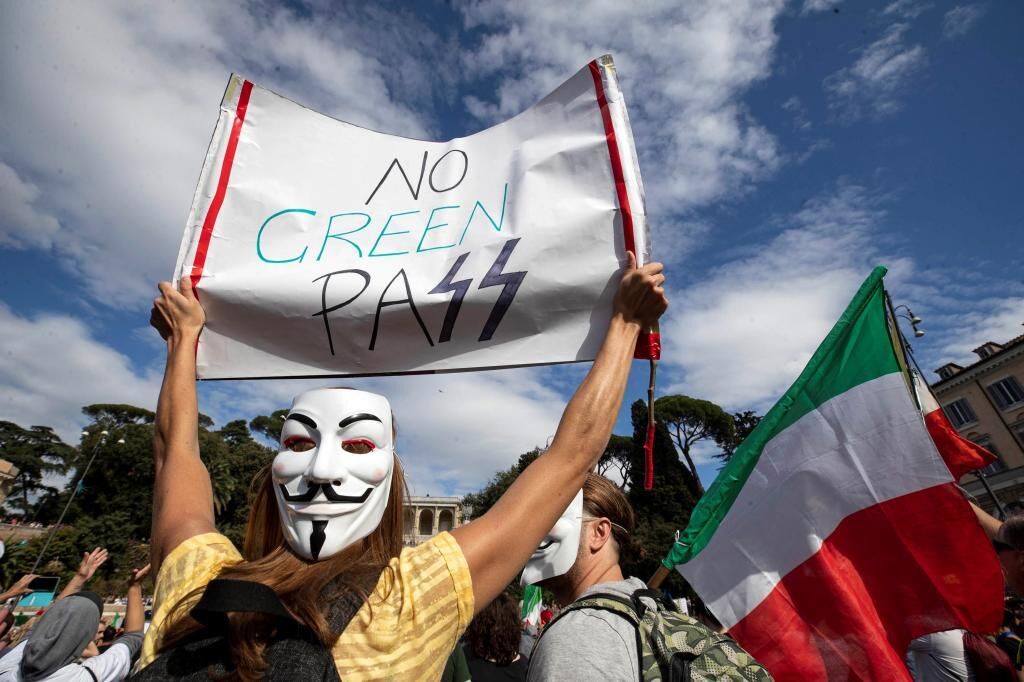 and call for the outlawing of movements that emerged from that ideology such as Forza Nuova, a week after some of its members

violently assaulted the headquarters of the main Italian union,

the CGIL, during an anti-vaccine protest that degenerated into fierce confrontations with the police in the country's capital.

are expected to participate,

also from other regions of Italy and which has been called by the CGIL and the other major unions in the country, the CISL and the UIL. , whose general secretaries will lead the march that will begin at 2:00 p.m. local time (12:00 GMT).

After a tour of the center of Rome, the demonstration, which also expects the presence of some of the main political leaders, will conclude with an act in the Piazza San Giovanni in front of thousands of members of associations, movements and parties from all over the world. country on 800 specially chartered buses, as well as 10 special trains and some flights from the islands.

The secretary general of the Democratic Party (PD),

and the leader of the M5S,

have announced their presence, while the leaders of the extreme right, such as

(Brothers of Italy), They have criticized that it takes place in the day of reflection of the second round of the municipal elections that will be held tomorrow and Monday in Rome and other Italian towns.

Security and police controls have been strengthened, since

the presence of violent groups

of neo-fascists who try to generate chaos, as happened last Saturday, when the anti-vaccine protests degenerated into strong clashes with the riot police in the center of the capital, with wounded officers and twelve detainees.

Among those arrested are the leaders of Forza Nuova, Roberto Fiore and Giuliano Castellino, who remain in prison after a judge considered that they had drawn up a strategy in the assault on the CGIL headquarters and in the failed attempt on the Government headquarters, which was avoided by the police.

These attacks sparked outrage in the country and prompted Parliament to study, starting next week, several motions calling for the outlawing of neo-fascist movements.

Italy was the country of origin of fascism in 1919, an ideology that emerged through the crisis and unrest after the First World War, grew with

the harassment of trade unionists and left-wing politicians

and led to a two-decade dictatorship and participation of this country in World War II.

Courts The Supreme Court urges Italy to arrest Comín and Ponsatí, who accompany Puigdemont in Sardinia

CataloniaThe Sardinian judge from whom Puigdemont does not escape