For Greta Thurnberg, COP26 will not bring "big changes"

The Youth for the Climate organized this Saturday evening, October 16, simultaneous concerts in more than 40 countries around the world. Stockholm, the city where Greta Thunberg started this movement, was ... 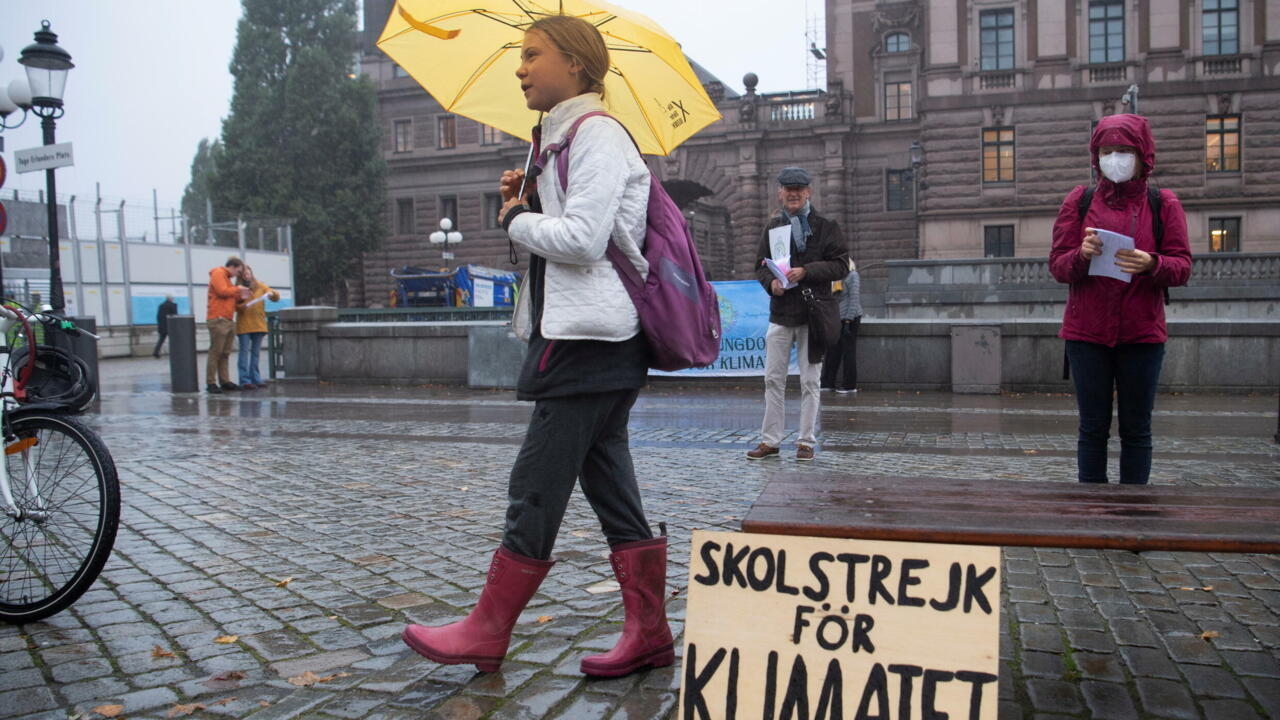 For Greta Thurnberg, COP26 will not bring "big changes"

The young Swedish Greta Thunberg started her movement for climate protection in Stockholm.

Here in front of the Swedish Parliament in the Swedish capital on October 15, 2021 © Fredrik Sandberg / TT News Agency, via REUTERS

The Youth for the Climate organized this Saturday evening, October 16, simultaneous concerts in more than 40 countries around the world.

Stockholm, the city where Greta Thunberg started this movement, was of course part of the party.

The activist took the stage to denounce the inaction of politicians, but also to call on young people to mobilize, even in a festive manner.

With our correspondent in Stockholm,

It was the surprise of the evening:

stage to sing a duet and dance, in front of an audience of ecstatic teenagers.

The Covid-19 pandemic has for many months relegated the climate crisis to the background.

But today the restrictions have fallen in many countries, and it was necessary to show that

can also defend itself… with enthusiasm.

The young audience did not only have the opportunity to see all the stars of Swedish song scroll.

He also heard scientists and activists, such as a young Filipina who came to tell about the consequences of climate change on her island.

It is now an active choice that they are making

And once again, to end the party, Greta Thunberg did not mince words to say what she thought of the inaction of politicians: “

They know exactly what they are sacrificing to keep increasing their speed and rush over the precipice.

Let's be absolutely clear, this is now an active choice they are making.

next big international climate meeting, the COP26 in Glasgow

, has been mentioned several times on stage, Swedish activists do not expect much.

in the current state of affairs, this COP will not bring about major changes

Change can only come from the people, when they take to the streets.

"I am Greta", a precious documentary to understand Greta Thunberg