England: crossover between Chelsea and Liverpool, City which laughs and United which cries - France 24

England: crossover between Chelsea and Liverpool, City which laughs and United which cries London (AFP) By beating Brentford (1-0) on Saturday, Chelsea retained the Premier League lead that Liverpool had taken, provisionally, by crushing Watford (5-0), for the 8th day, while Manchester City got rid of Burnley (2-0) and that United fell to Leicester (4-2). . Chelsea folds but ensures Thanks to a complicated success at Brentford (1-0), Chelsea provided the essentials and saved their pl 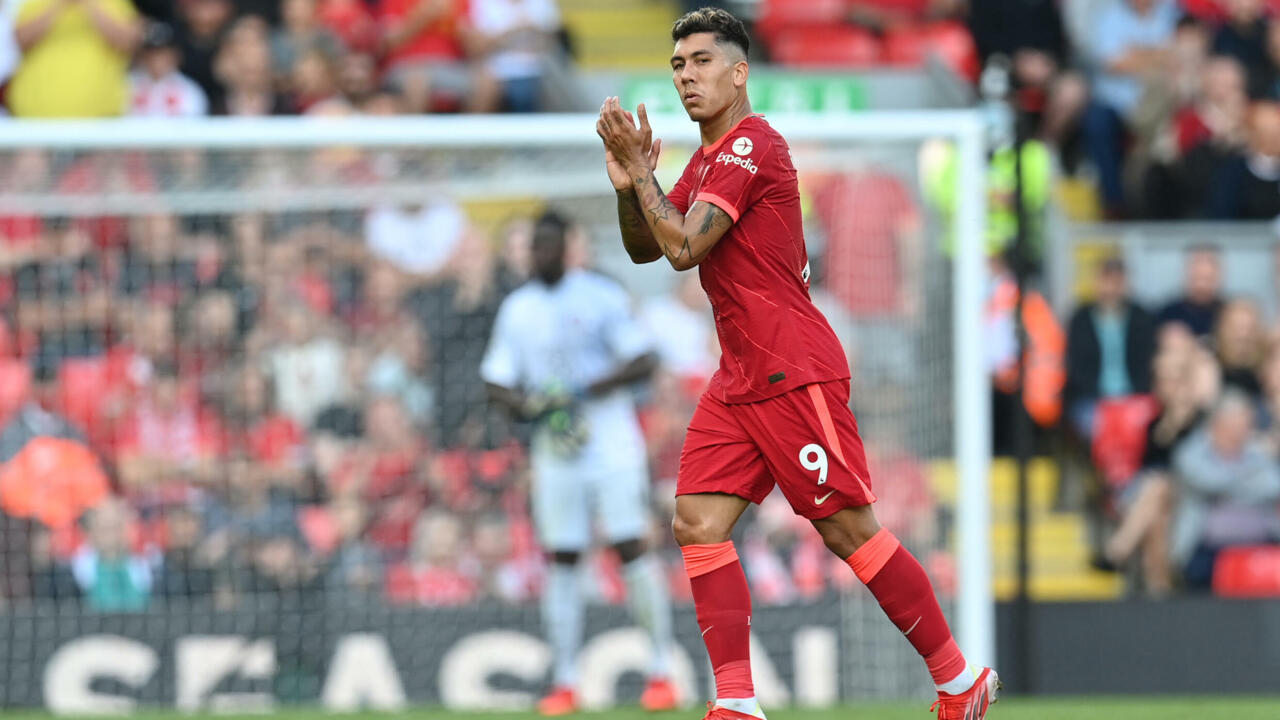 By beating Brentford (1-0) on Saturday, Chelsea retained the Premier League lead that Liverpool had taken, provisionally, by crushing Watford (5-0), for the 8th day, while Manchester City got rid of Burnley (2-0) and that United fell to Leicester (4-2).

Thanks to a complicated success at Brentford (1-0), Chelsea provided the essentials and saved their place as leader on Saturday.

With 19 points, the Blues are ahead of Liverpool by a length, Manchester City by two and a small hole is made on Brighton, at 4 points, and United, at 5 points.

Deprived of Thiago Silva, returned late from selection, and Antonio Rüdiger, injured, Thomas Tuchel had an experimental hinge with the first tenure in the Premier League of French Malang Sarr.

This did not prevent Chelsea from imposing their rhythm in the first period and if Romelu Lukaku has not found the net for six matches, it is the left piston Ben Chilwell, with a beautiful end, just before the break, which gave him the three points (1-0, 45th).

The promoted, who had snatched a 3-3 draw against Liverpool recently, will have had his opportunities.

In added time, the former goalkeeper of Reims and Rennes deflected again on the top of the bar a return from Oliver Norgaard, winning the title of man of the match.

Return of the infernal triplet of the Reds

A hat-trick from Roberto Firmino, a goal and an assist from Mohamed Salah, Sadio Mané's 100th achievement in the Premier League, spoiled Claudio Ranieri's debut on the Watford bench (5-0).

Often decisive this season, Salah still regaled by offering Mané his 100th goal in PL (1-0, 9th), without a single penalty, a performance only achieved by Emile Heskey and Les Ferdinand before him.

He then performed a solo number in the opposing area, before scoring with a ball rolled up from the right (4-0, 54 ').

Liverpool will go in full confidence to challenge Atlético Madrid on Tuesday in the Champions League, before a trip to Old Trafford next Sunday.

With an easy success (2-0) against Burnley (19th), City remains on the podium.

Pep Guardiola's men did not drag things out, scoring from the first quarter of an hour thanks to Bernardo Silva, the quickest to resume a strike from Phil Foden repulsed by Nick Pope (1-0, 12th).

Faced with an opponent to whom they had scored 30 goals in the previous eight confrontations, the Citizens ended up making the hole through Kevin de Bruyne (2-0, 70th).

This success will at least have the merit of placing City in the best possible conditions before the trip to Bruges in C1 on Tuesday.

Despite the returns of Harry Maguire, holder, and Marcus Rashford, substitute scorer, Manchester United logically gave up against Leicester (4-2) after a crazy match.

The England international was at fault on the equalizer by being very slow on a pass from David de Gea, allowing Youri Tielemans to send the ball into the opposite skylight, with a curled and lobed strike (1-1, 31e).

Mason Greenwood had yet placed his family on the right track with a missile in the skylight of Kasper Schmeichel (1-0, 19th) and Rashford signed his return with a goal also (2-2, 82nd) ​​which could have saved a point.

Suffice to say that the pressure will be enormous on Soslkjaer for the reception of Atalanta in the Champions League on Wednesday, while the peak performances of Cristiano Ronaldo question.