Criticism of advice to new arrivals: "Throws everyone named Ahmed under the bus"

Mustafa Panshiri advises newcomers to add a Western name to integrate more easily. The council has been debated and led to a debate on leader pages and on social media. Rapper Houman Sebghati has likened the name council to selling his soul. - It shifts focus from the real problem: That people do not get a job because there is a phobia of their name, he says in Mötet. 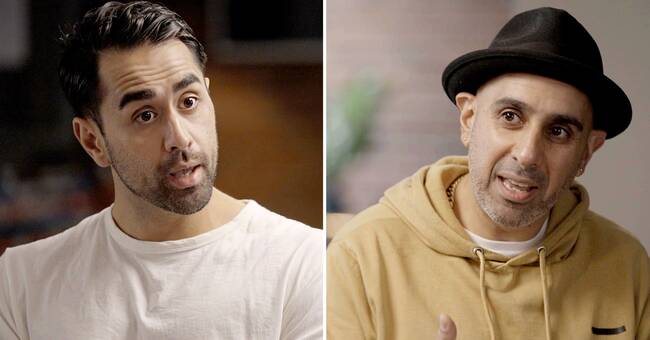 Mustafa Panshiri, former police officer but now debater and lecturer, fled to Sweden from Afghanistan as an 11-year-old.

In his book "7 tips for Mustafa", he advises newcomers to add a Western name, which can be used, for example, to look for a job or sell something on the internet.

Mustafa Panshiri says that he wishes he himself had received similar, concrete advice when he came to Sweden.

- You do not delete anything but you add a new identity and they can coexist with each other without there being any conflict between them, he says in Mötet.

The Council has launched a debate on integration and assimilation.

Rapper Houman Sebghati is one of those who reacted.

He believes that it is a short-term solution that risks creating an exclusion of those who do not want to add a name.

- If we take, for example, Ahmed and Anders, or Mohammed and Magnus, and say "change name".

Then we throw all the people named Ahmed under the bus, he says.

Watch the entire Meeting on Monday 18 October 21:45 on SVT1 or already now on SVT Play.