Four years ago, their daughter was born at a bus stop in Dalsland. The place was random. A few weeks ago it happened again. When the couple Molander was to have their third child, things went quickly. Very fast. - I thought: not again, says Camilla Molander. 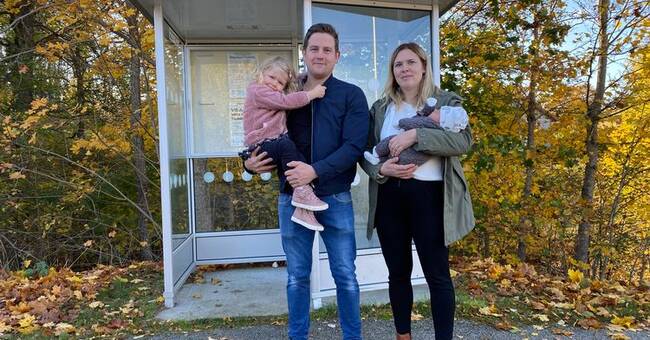 Hear their story in the clip above.

For Camilla and Johan Molander, it takes a little more than an hour to get from the home in Ed to the birth at Norra Älvsborgs hospital in Trollhättan.

When their daughter Clara was born, it all went very fast.

Despite traveling by ambulance four years ago, they only made it to the bus stop Dalskog, in Mellerud municipality, which is about twenty-five minutes from home.

When it was time again in early October this year, the couple had planned to leave well in advance.

But it dawned on them that little brother would be even more in a hurry to the world than Clara.

Once again, they had to call an ambulance.

But not this time either, they made it all the way forward but had to feed in exactly the same place, something that Dalslänningen also wrote about.

Now the bus stop is a special place for the family.

- Next time we will go here directly, says Johan Molander.