Are the shortage of raw materials and supply problems due to the Covid-19 pandemic likely to have consequences under the tree? Some suppliers of toys made in ... 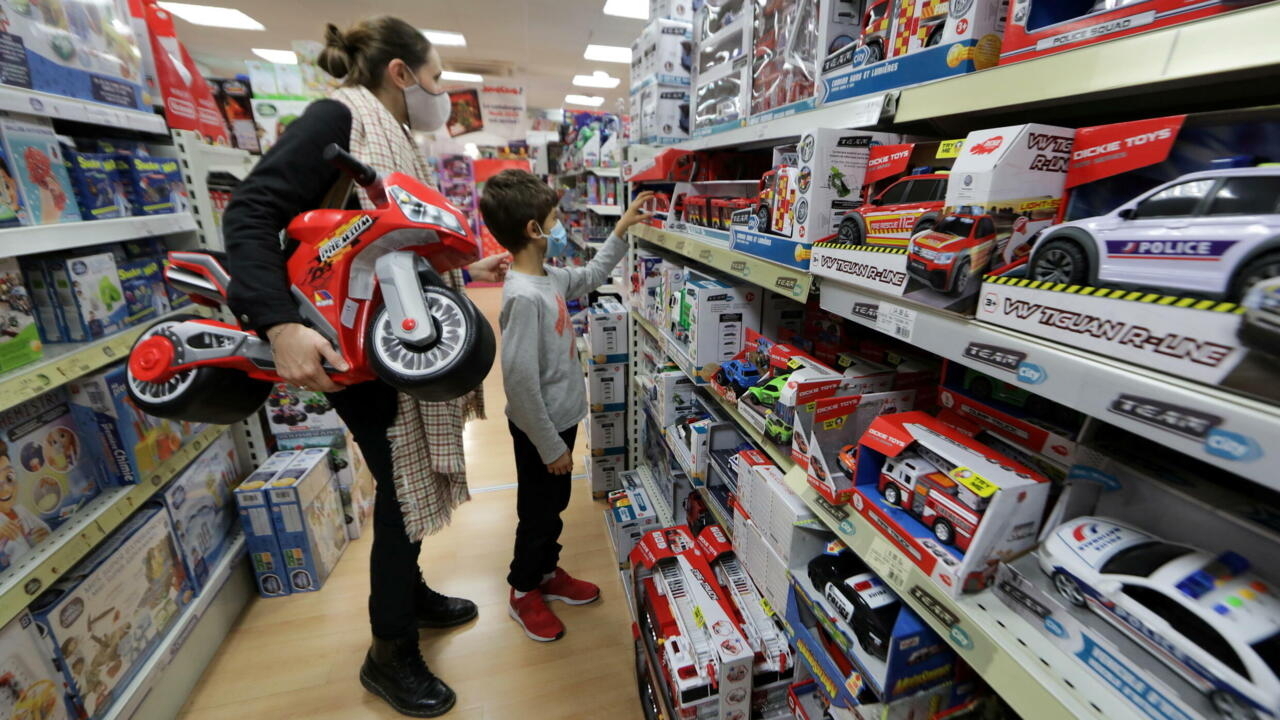 Some suppliers of toys made in Asia are accumulating delivery delays.

Are the shortage of raw materials and supply problems due to the Covid-19 pandemic likely to have consequences under the tree?

Some suppliers of toys made in Asia are accumulating delivery delays.

In France, even if for the moment the shelves remain full, toy stores are starting to worry as Christmas approaches.

For the moment, the professionals are avoiding the threat of a drastic price increase for the consumer but they advise Santa Claus to do it in advance because the risk of not finding the reference sought in store exists, breakages one-off stocks being possible.

In this toy store, manager Gilles only receives half of what he orders from his distributors. And some manufacturers go even further. “

There are some suppliers like Lego for example who, now for about three weeks, have

us that they will no longer deliver any merchandise, apart from what was already on order,” he

None of my suppliers deliver 100% to me, because afterwards, I think of another who manufactures in France, but their packaging, it is not them who manufacture them.

So they are dependent on the lack of wood.

When I place an order, I have between 30% and 50% of references that are not delivered to me.

Then, we have no visibility: either we are told: "it's broken."

Either we are told: "it should happen on such and such a date."

An announced shortage that does not frighten consumers for the moment. Even if some do it earlier than others. “

There, this morning, I had a grandmother who came to buy her Advent calendars when I have not yet presented them in the shop,

She came because she heard there were shortages and wanted to be quiet.

A lack of goods which has already raised prices.

In this store, toys are 16% more expensive than before the summer.

In the longer term, however, the industry is worried about the tenfold increase in maritime transport costs, which weakens “

” and reduces margins, according to the general manager of the French Toy Federation and the childcare (FJP), Christophe Drevet, most French or international manufacturers depending on the import by sea of ​​raw materials, spare parts or electronic components.