From October 13th to 14th this year, the Central People's Congress work conference was held in Beijing. Xi Jinping delivered an important speech at the meeting, emphasizing the need to uphold and improve the system of people's congresses and continuously develop people's democracy throughout the process.   People's democracy in the whole process is a major concept put forward by China. During a 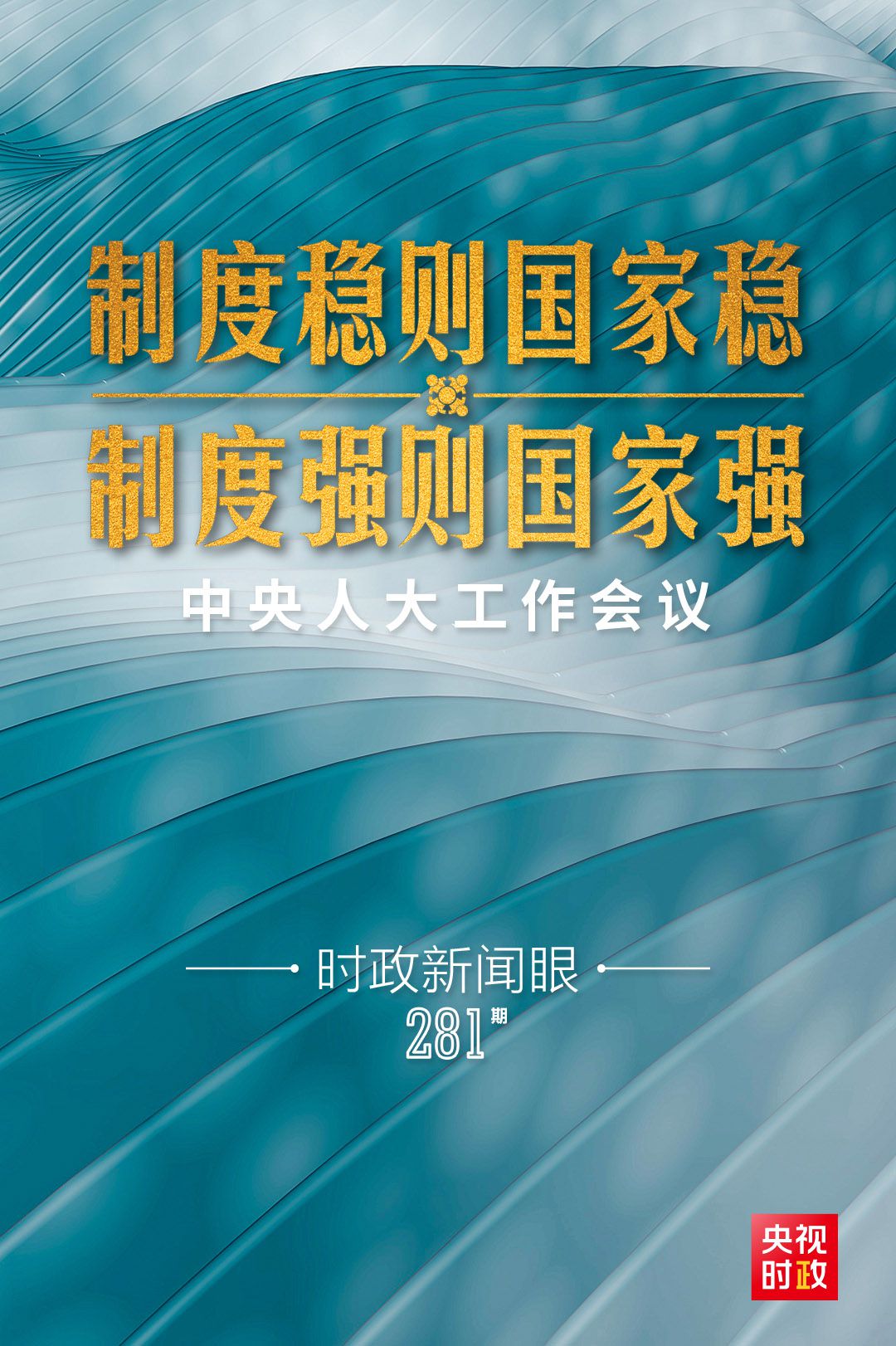 From October 13th to 14th this year, the Central People's Congress work conference was held in Beijing.

Xi Jinping delivered an important speech at the meeting, emphasizing the need to uphold and improve the system of people's congresses and continuously develop people's democracy throughout the process.

People's democracy in the whole process is a major concept put forward by China.

During an inspection in Shanghai two years ago, the General Secretary profoundly pointed out, “We are following a path of political development of socialism with Chinese characteristics, and people’s democracy is a kind of democracy in the whole process.”

Why does the general secretary emphasize this important idea?

Why can Chinese-style democracy "whole process"?

"Current Affairs News Eye" for you to interpret.

In 2014, General Secretary Xi Jinping said at the celebration of the 60th anniversary of the founding of the National People’s Congress, “China, a country with a civilization of more than 5,000 years and a population of hundreds of millions, has established a

people are the masters of the country.

Even the history of world political development is of epoch-making significance."

From "new" to "new", the change of the word reflects a higher position, a broader pattern, and a deeper understanding.

At the 2014 conference, the general secretary asked: "China has more than 9.6 million square kilometers of land and 56 ethnic groups, whose model can we follow? Who can tell us what to do?"

The general secretary’s answer is categorical: “Only a system that pierces the country’s soil and draws plenty of nutrients is the most reliable and effective.”

At two meetings after seven years, the general secretary reiterated the same sentence: The people’s congress system is in line with China’s national conditions and reality, reflects the nature of a socialist country, ensures that the people are the masters of the country, and guarantees the realization of the great rejuvenation of the Chinese nation. System is the great creation of our party leading the people in the history of human political system.

△On March 11, 2021, the fourth session of the 13th National People's Congress will hold its closing meeting in the Great Hall of the People.

The world today is undergoing major changes unseen in a century.

Both history and reality show that a

In his speech on July 1st this year, General Secretary Xi Jinping emphasized "practice the people-centered development thinking and develop people's democracy throughout the process."

At this Central People's Congress work meeting, the general secretary said that since the 18th National Congress of the Communist Party of China, we have deepened our understanding of the law of democratic political development and put forward

the major concept of

people's democracy throughout the process

As early as seven years ago, at the celebration of the 60th anniversary of the founding of the National People’s Congress, the general secretary clearly pointed out that we must insist that all power in the country belongs to the people, not only to ensure that the people implement democratic elections in accordance with the law, but also to ensure that the people implement democratic decision-making and management in accordance with the law. , Democratic supervision, and effectively prevent the occurrence of promises during elections, and no one will intervene after the elections.

This is the voting site of the 49th constituency of Yangjiaoshan Community, Qixing District, Guilin.

At this working meeting of the Central People’s Congress, the general secretary emphasized that if the people are only awakened during voting and enter the dormant period after voting, they will only listen to the slogans during the election, and they will have no right to speak after the election. They will only be favored when canvassing votes. After the election, they were left out in the cold. Such a democracy is not a real democracy.

It is precisely because the Chinese Communist Party comes from the people, roots in the people, and serves the people that it has created a new type of political civilization, "the whole process of people's democracy" in China's political life.

At this meeting, the general secretary also emphasized that the system of people’s congresses is an important institutional carrier for realizing people’s democracy throughout our country.

The common value of all mankind

In September 2015, President Xi Jinping proposed for the first time at the United Nations Headquarters in New York that

are the common values ​​of all mankind.

The proposal of the common value of all mankind has corrected the West’s slander on China in terms of values, broke the West’s political arrogance and discourse hegemony, and occupied the moral high ground.

△On September 28, 2015, President Xi Jinping attended the General Debate of the 70th United Nations General Assembly at the United Nations Headquarters in New York and delivered an important speech entitled "Joining Hands to Build New Partners for Cooperation and Win-Win Cooperation to Build a Community of Shared Future for Mankind".

At the Central People's Congress work conference, the general secretary pointed out that democracy is the common value of all mankind and an important concept that the Communist Party of China and the Chinese people have unswervingly adhered to.

He emphasized that whether a country is democratic should be judged by the people of the country, and should not be judged by a few outsiders.

In September this year, when Xi Jinping attended the 76th United Nations General Assembly's general debate via video, it clearly pointed out that democracy is not the patent of any country, but the rights of the people of all countries.

Democracy is not an ornament

, it is not used for decoration, but it is used to solve the problems that the people need to solve." The general secretary pointed out the value of Chinese democracy at this Central People's Congress working meeting.

In 1945, facing the question of "historical cycle rate" raised by Huang Yanpei, Mao Zedong replied: We have found a new way, and we can jump out of this cycle rate.

This new road is democracy.

At this work meeting of the Central People's Congress, Xi Jinping talked about the "historical cycle rate" again.

The people are the masters of the country, and popular support is the greatest politics.