At the November 13 trial, the defendants get angry during the testimonies, the court raises the tone

At the trial of the attacks of November 13, 2015, several defendants lost their calm this Friday, October 15, after some 200 testimonies from survivors and relatives of victims as terrible as hell ... 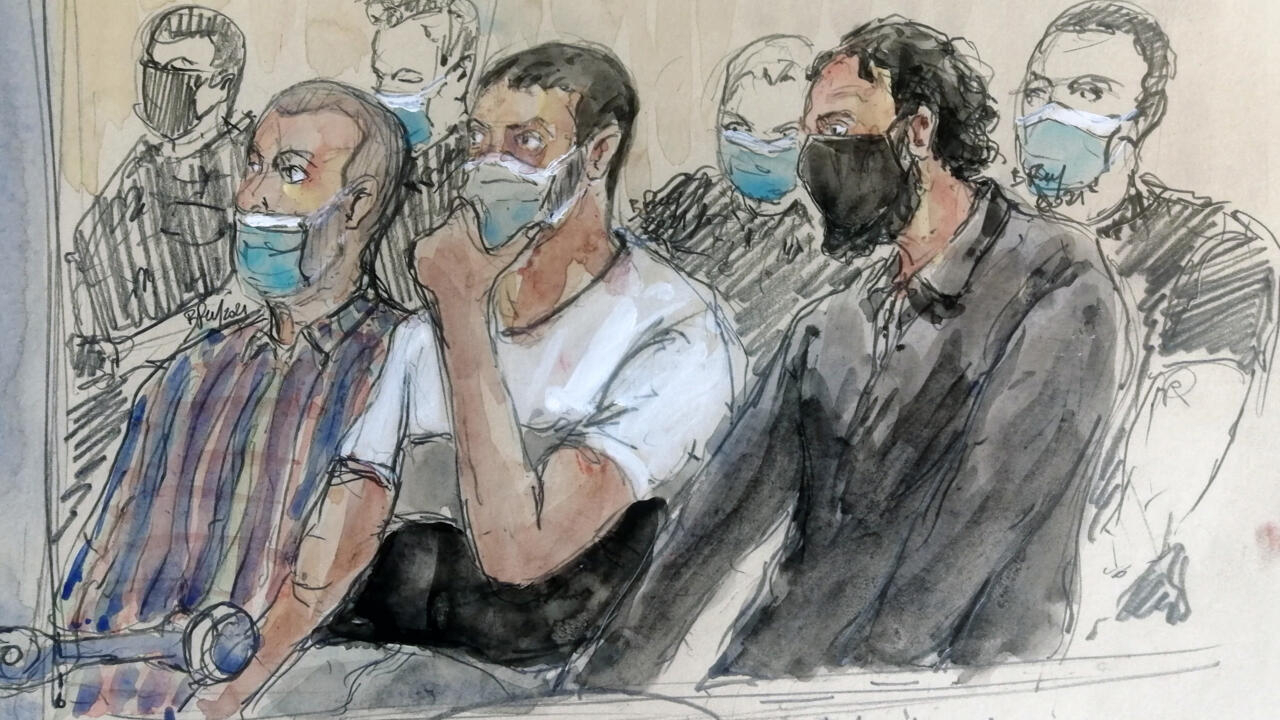 At the November 13 trial, the defendants get angry during the testimonies, the court raises the tone

The co-defendants (from left to right) Mohamed Amri, Mohamed Abrini and Salah Abdeslam, in a sketch representing the box of the defendants during the trial of the November 13 attacks, September 14, 2021. © Bénoît Peyrucq, AFP

At the trial of the attacks of November 13, 2015, several defendants lost their calm this Friday, October 15, after some 200 testimonies from survivors and relatives of victims as terrible as they were overwhelming on the course of the attacks and the difficult road to reconstruction.

Faced with tensions in the box, President Jean-Louis Périès had to briefly suspend the hearing and threaten Salah Abdeslam with "

While for three weeks,

about fifteen civil parties advance each day to the bar

, the words are heavy and the atmosphere heavy in the courtroom.

In the accused's box, spirits are heating up. First,

A person is staring at me and calling out to me from a distance, Mr. President

Well, don't look at her,

I look where I want

", launches the one who is the conveyor of Salah Abdeslam after the attacks. "

Not in this tone,

" retorts the president, himself cut off by the civil party in question, who gets up, calls the accused a "

" and ends up escorted out of the room.

What's going on in the box again

This time, it is Mohamed Abrini, one of the logisticians of the attacks, who vociferates against the gendarmes who supervise them: “

With this team of handicapped people, we only have problems, with these andouilles.

This is not to complain

, continues Mohamed Bakkali, accused of having rented apartments for the commandos.

But we have to take

whatever is said here

, and in addition, we have constraints

: seven searches a day, two of which are naked

Me too, I can raise the tone

And there, it is

I'm talking with my buddy whom I haven't seen for six years,

”he says, pointing to Salah Abdeslam.

", launches the president to him, who recalls that "

there is a ban on communicating between you during the hearing

Other defendants get into it, it's the hubbub, then two minutes of calm before a new interruption: Salah Abdeslam demands to leave the box.

It is not you who decide

Me too, I can raise the tone,

The President then adjourns the hearing.

A survivor then confides: “

I hope they react like that because our testimonies have, in one way or another, affected them a little.