The Court of Cassation upheld a ruling by the Dubai Court of Appeal that forfeited the right of a company to appeal against a ruling by the Labor Court, obligating it to pay 216,515 dirhams, in addition to a ticket, due to a procedural error, represented in the failure to pay the fee for appeal within three days of NS 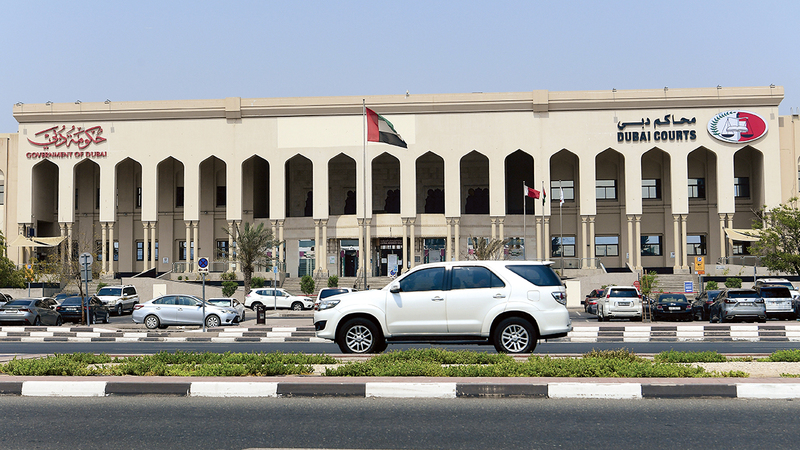 The Court of Cassation upheld a ruling by the Dubai Court of Appeal that forfeited the right of a company to appeal against a ruling by the Labor Court, obligating it to pay 216,515 dirhams, in addition to a ticket, due to a procedural error, represented in the failure to pay the fee for appeal within three days of The electronic filing date of the appeal.

In detail, a manager in a company filed a lawsuit, demanding that the company pay an amount of 216,600 dirhams, and a return ticket, pointing out that she joined her job on September 11, 2019 for a monthly salary of 22,500 dirhams, 13,500 dirhams as a basic salary, and remained on She worked for eight months, until her dues reached the amount she claims.

After examining the case, the Court of First Instance ruled to oblige the company to pay an amount of 216,510 dirhams to the employee, and a return ticket to her home country, unless she joined another party.

For its part, the company appealed against the ruling before the Court of Appeal, but the latter ruled for the forfeiture of its right to appeal, as it had not paid the fee for appeal within three days from the date of the electronic registration, as legally established, so it was considered as if it had not been, and the company was obligated to the expenses, and ordered the confiscation of Insurance amount.

Given that the financial claim amounted to less than 500,000 dirhams, the company submitted a request to the Attorney General, to appeal against the ruling of the Court of Appeal, as the litigants may not appeal directly to the Court of Cassation, as long as the quorum is less than half a million dirhams, according to Article 23 /. 3 of Cabinet Resolution No. 57 of 2018 regarding the regulations of Federal Law No. 11 of 1992 regarding the Civil Procedures Law.

For his part, a Chief Public Prosecutor at the Civil Prosecution, Tariq Al-Naqbi, studied the request and presented it to the Public Prosecutor, who directed his approval and the adoption of the appeals court ruling in the interest of the law.

After considering the appeal, the Court of Cassation concluded that the evidence from the case management office letter that the company submitted an appeal to the court on November 29, 2020, and was automatically notified of the payment of the fees through the system, on December 6, but it failed to pay, which led to Cancellation of the request automatically on December 11, 2020.

The Court of Cassation clarified that the company submitted another application, on the basis of which the appeal was registered, and it was found, according to the evidence in the papers, that the second application was submitted on December 16, 2020, that is, more than 30 days have passed since the day following the issuance of the first instance judgment on November 5, 2020, including It is to the effect that the appeal was filed after the deadline, pointing out that the judgment of the appealed court of appeal ended in accordance with this consideration, and ruled for the forfeiture of the right to appeal to be decided after the date, confirming that the judgment of the appeal ended with the correct result.

In its judgment, the Court of Cassation concluded that the legislator, as a general rule, drew up the path of appeal in human rights cases, which include civil, commercial, real estate and labor cases, as well as those related to personal status matters, by filing the appeal, appealing cassation, or seeking reconsideration within the legally specified appeal dates, either by means of a newspaper The case management office shall be deposited before the competent court, and immediately recorded in the register prepared for this, or it may be registered electronically through the electronic system approved by the Dubai Courts, provided that the electronic registration request is accompanied by data and documents that enable case management to estimate the due fee. The court before which the appeal is filed shall notify the appellant of the value of the fees and deposits to be paid, and the appellant shall pay those fees and deposits within three working days from the date of his being notified of the payment.