19 arrested in Beirut clashes..Hezbollah: We will not be dragged into war, Geagea demands the trial of those who caused the strife

The number of people arrested in connection with Thursday's bloody events in Beirut rose to 19, while the exchange of accusations continued between Hezbollah and the Lebanese Forces Party of responsibility for what happened. 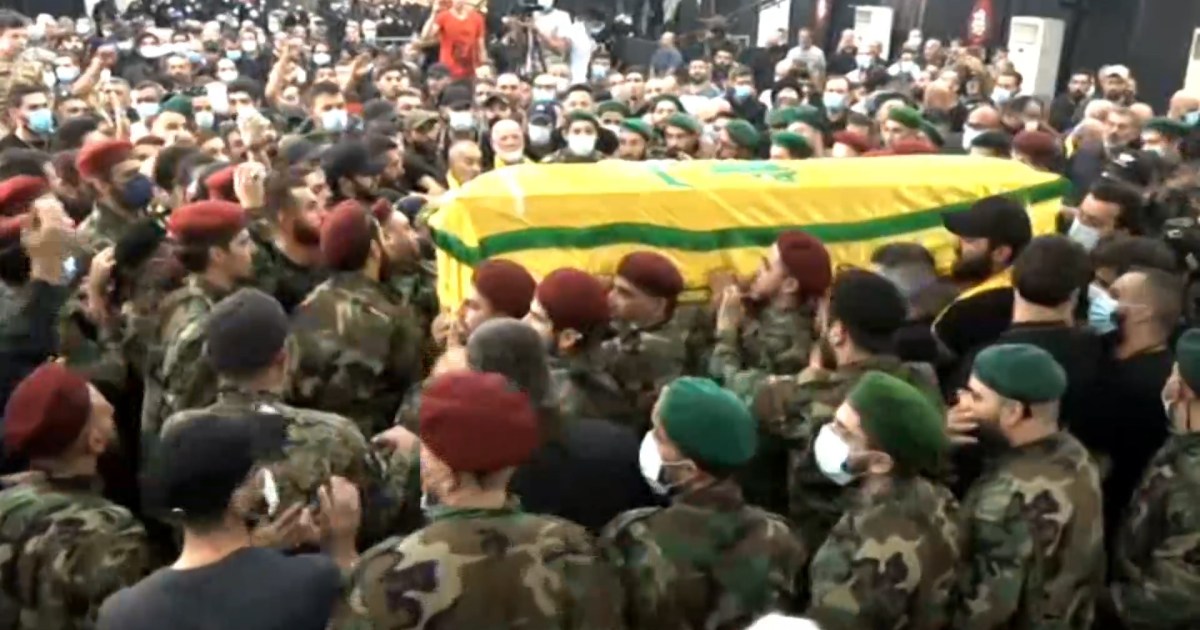 The number of people arrested in connection with Thursday's bloody events in Beirut rose to 19, while the exchange of accusations continued between Hezbollah and the Lebanese Forces Party of responsibility for what happened.

The head of the Lebanese Forces Party, Samir Geagea, said that whoever bears responsibility for what happened to the protesters in Beirut "is their leaders who dragged them to this particular place."

During a press interview, Geagea called for the trial of those who dragged Lebanon into sedition, expressing his no objection to any judicial measure.

He considered that Prime Minister Najib Mikati's government is in danger, pointing out that it is obstructed daily and mines are placed in its face, and that mines today are judicial.

Geagea confirmed that before any bullets were fired at the protesters during their attack on the Ain al-Rummaneh area, 4 residents of the area were wounded.

Hezbollah: The goal is to ignite discord

On the other hand, the Lebanese Hezbollah said that the Lebanese Forces Party (led by Samir Geagea) is responsible for the events in the Tayouneh area in Beirut.

The head of Hezbollah's Executive Council, Hashem Safi al-Din, announced during the funeral ceremony of a number of those killed in the clashes on Thursday, that the goal of what happened was to ignite sedition, leading to a civil war, considering that what happened was an ambush that targeted civilians.

He stressed that the party will not be drawn into it, but at the same time it will not let the blood of its martyrs go to waste.

For his part, the Lebanese Defense Minister said that the army will not allow any abuses.

Yesterday, Thursday, Hezbollah and the Amal Movement accused the Lebanese Forces party of shooting and deliberately killing the protesters, at a time when the Forces party denied these accusations, and confirmed that what happened was the result of what it called the shipping and incitement operation that Hezbollah practiced against the investigating judge in the port explosion.

On Thursday, armed confrontations took place in Tayouneh Street, located between the predominantly Shiite areas of Chiah and Ain al-Rummaneh - Badaro, which has a Christian majority, killing 7 people and wounding 32 others, most of whom were supporters of the Hezbollah and Amal movement.

19 arrested on charges of involvement in the Tayouneh events

The Lebanese security services have arrested 19 people for their involvement in the bloody Beirut events, according to the official media agency.

The agency said, on Friday, that the preliminary investigations conducted by the security services into the Tayouneh incidents, under the supervision of the judiciary, resulted in the arrest of 19 people who were proven to have been involved in the armed clash, which resulted in 7 casualties and dozens of injuries.

And she added that the military judiciary also requested a comprehensive survey of all surveillance cameras in the area, to determine the identities of all gunmen from both sides.

Funeral of the dead and public mourning

Three of those killed in Thursday's clashes were buried in the Tayouneh area, south of Beirut, at a time when the Lebanese army reinforced its measures in the area of ​​clashes at the intersection of Chiyah Ain Al-Rummaneh, in light of a general mourning and closing of mourning for the lives of the victims of the clashes.

Supporters of both Hezbollah and the Amal Movement, in addition to a number of religious scholars, participated in the funeral ceremonies for the three killed in the southern suburbs of Beirut. The party mourned two of its members, and the movement mourned 3 of its members.

The funeral in the southern suburb of Beirut was punctuated by bursts of gunfire in the air, which is common on such occasions, according to Mazen Ibrahim, the director of Al Jazeera's office in Beirut, who added that the funeral participants are calling on the authorities to conduct investigations into what happened yesterday, Thursday, to find out who caused the deaths. and wounded.

The Lebanese Red Cross reported to Al-Jazeera that the number of people killed in clashes yesterday, Thursday, in the Tayouneh area and its surroundings in Beirut rose to 7, and the Ministry of Health said that a wounded young man died today, Friday, of his injuries.

Among the dead yesterday was a woman who had 5 sons who was shot in the head while she was inside her house, and 32 others were injured in the clashes, and the Ministry of Health stated today that the largest number of the wounded were discharged from hospitals after receiving the necessary aid, and 4 are still in the process of treatment.

The events began with heavy gunfire during a demonstration organized by supporters of Hezbollah and the Amal movement, to denounce the decisions of the judicial investigator in the case of the Beirut port explosion, Judge Tariq Bitar.

Last July 2, Al-Bitar accused 10 officials and officers, including two deputies from Amal, Ali Hassan Khalil and Ghazi Zuaiter, and former Prime Minister Hassan Diab, allegations that were rejected by political forces, including Hezbollah, whose Secretary-General Hassan Nasrallah considered Monday Al-Bitar’s work is politically targeted and has nothing to do with justice.

On August 4, 2020, a massive explosion occurred in the port, killing 217 people and wounding about 7,000 others, as well as massive material damage to residential and commercial buildings, due to the presence of about 2,750 tons of ammonium nitrate, which was confiscated from a ship and stored since a year ago. 2014.