"We all remember it": schoolchildren marked by the assassination of Samuel Paty

National Education pays tribute on Friday to Samuel Paty, professor of history and geography killed by a Chechen terrorist a year ago, on October 16, 2020. In the town of Conflans-Sainte-Honorine, where the teacher worked, the memory of the assassination lives on in the memory of schoolchildren. 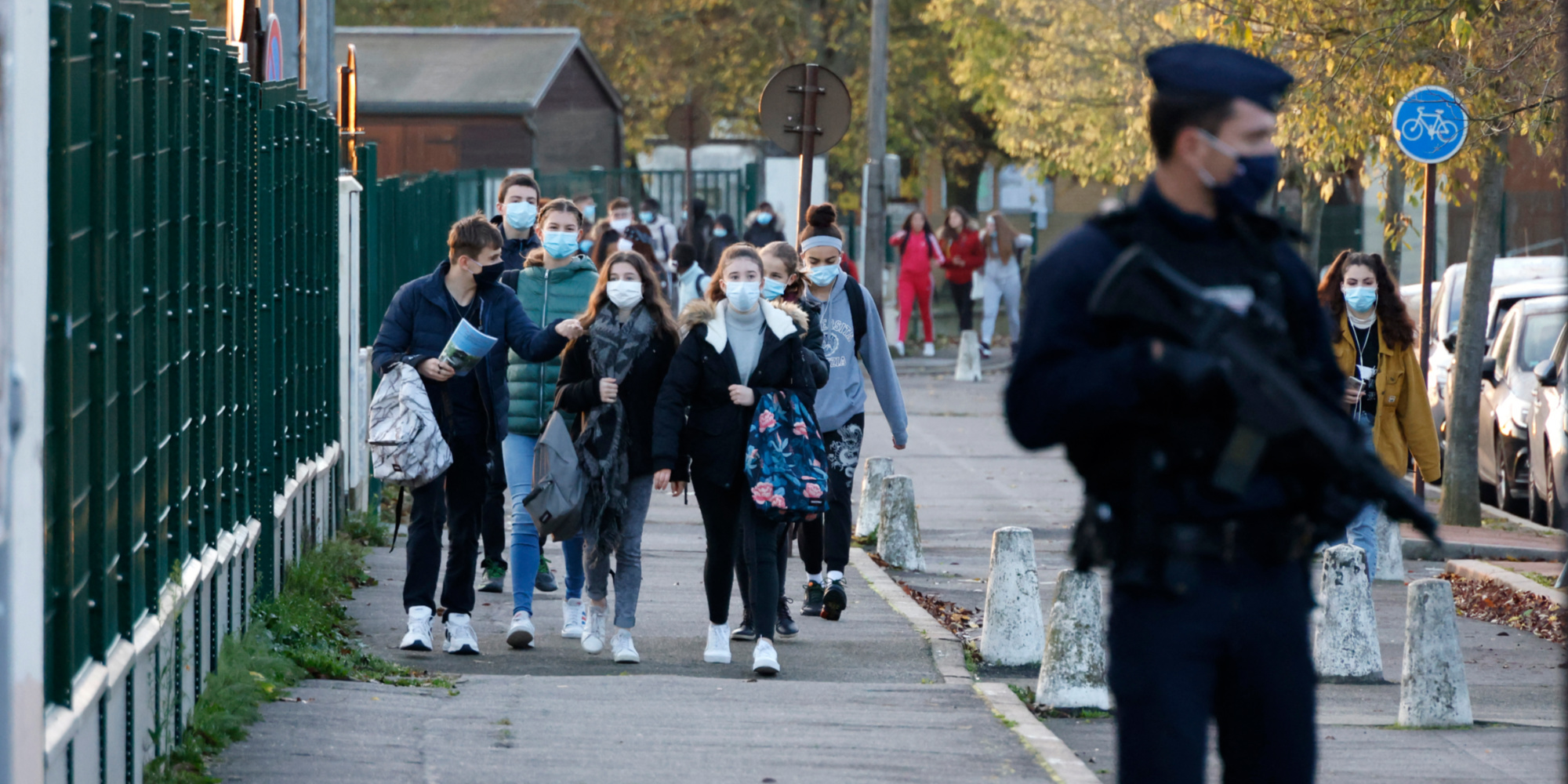 National Education pays tribute on Friday to Samuel Paty, professor of history and geography killed by a Chechen terrorist a year ago, on October 16, 2020. In the town of Conflans-Sainte-Honorine, where the teacher worked, the memory of the assassination lives on in the memory of schoolchildren.

Time seems to have stood still in the Bois d'Aulne college in Conflans-Sainte-Honorine, where Samuel Paty worked.

A year after the assassination of the teacher, perpetrated by a Chechen terrorist, a national tribute was paid to him on Friday.

His colleagues will speak, students will present their work on freedom and a guestbook is available.

Also, some may place flowers in front of the school establishment.

A tribute to the height of the trauma experienced by the young students of this commune of Yvelines.

"It's been a week since I sleep well because I think about it," blows a schoolgirl.

- Assassination of Samuel Paty: a year later, the family "suffers" but has "many expectations"

"We feel that someone is missing", confides a schoolgirl

For all the college students who worked with Samuel Paty, it is impossible to turn the page.

Discomfort, the difficulty of following a history class after those of the teacher ... Marie got up, but she plunges with her sister and her mother in memories.

"We still feel that someone is missing," says the young schoolgirl.

His sister nods: "Especially with the teachers because before, they talked, they were usually more smiling. It's not the same".

Their mother remains on her guard: "On a daily basis, a suspicious noise, or not long ago, a car that burned down. We feel that all this emotion and this fear reappears".

Common pain that is difficult to express

Near the college, the teachers ask for silence. The students hurry to the exit, their eyes fixed on their shoes. "They tried to make history forget a bit as they could," says Nicolas, who was in third grade at the time of the assassination. He enumerates the psychological cells and the meetings with victims of terrorism which marked his last year as a college student.

"But after several months, there was nothing left," he says.

"No one spoke about it any more. As if everyone had forgotten it, when we knew we had all remembered it."

This joint pain is difficult to express.

The establishment is considering changing its name, a bust of Samuel Paty could be erected in the courtyard.

But for many students, just a year after the fact, it's too early, too short.

Saturday, one year to the day after the assassination of the professor, President Emmanuel Macron and Prime Minister Jean Castex will host Samuel Paty's family for lunch.

In addition, a plaque in his name will be unveiled at the Ministry of National Education.