Former Prime Minister Lee Wan-koo, who was considered a representative politician from Chungcheong Province, passed away this morning at the age of 71. The mortuary was prepared at the funeral hall of St. Mary's Hospital in Seoul, and condolences are available from 4 pm today. 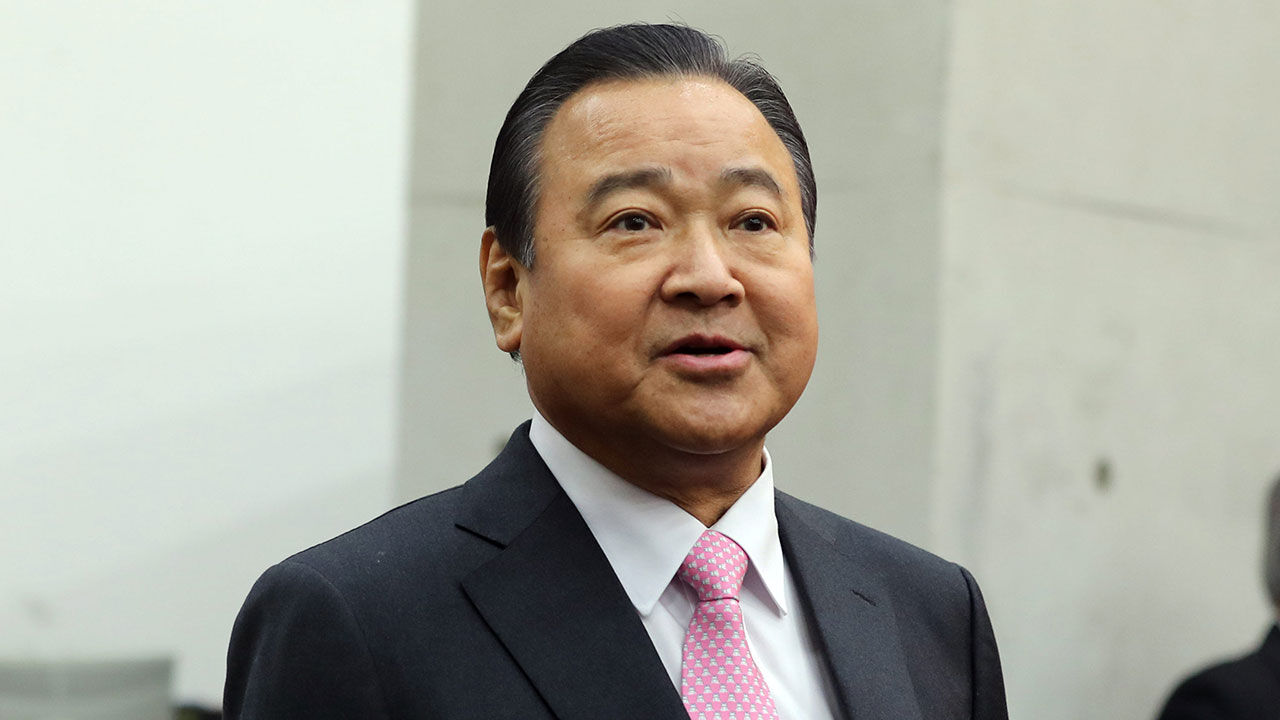 Former Prime Minister Lee Wan-koo, who was considered a representative politician from Chungcheong Province, passed away on the morning of the 14th at the age of 71.

The mortuary was prepared at the funeral hall of St. Mary's Hospital in Seoul, and condolences are available from 4 pm today.

After being diagnosed with multiple myelopathy, a type of blood cancer, in 2012, former Prime Minister Lee received bone marrow benefits and recovered his health.

The deceased was once known as a representative of the Chungcheong region to the point of being called 'Post JP' (former Prime Minister Kim Jong-pil).

During the Park Geun-hye administration, following the leadership of the ruling party, he became the prime minister and was mentioned as a representative of the Chungcheong region.

However, due to an unexpected political crisis, the long-awaited argument in Chungcheong could not be achieved.

The deceased was born in Hongseong, Chungcheongnam-do. After graduating from Sungkyunkwan University Law School, he passed the administrative exam in 1974 and briefly worked at the Economic Planning Board, the predecessor of the Ministry of Strategy and Finance.

He moved to the security field and served as the youngest (31-year-old) police chief and the head of the Chungnam and North Provincial Police Agency.

In 1995, he joined the Democratic Party and entered politics, and in the 15th general election the following year, he was the only candidate for the New Korea Party to be elected in the Chungnam region (Cheongyang and Hongseong).

He was re-elected in the 16th National Assembly, and served as the secretary general of the New Korea Party, spokesman for the People's Republic of Korea, floor secretary, and secretary-general.

In the 2006 local elections, he was elected as the governor of Chungnam as a member of the Grand National Party, but his term was not fulfilled.

This is because the Lee Myung-bak government abruptly resigned from the governorship in 2009, saying, "I will take political responsibility for failing to keep the wishes of the people of South Chungcheong Province in protest against the Sejong City amendment bill."

It is known that he became close to former President Park Geun-hye at the same time as he solidified his position in the Chungcheong region.

The deceased, who established himself as a 'persevere' politician using the midfielder as a stepping stone, had to be frustrated at every decisive moment as he suffered from poor health or the pain of being involved in a criminal case.

He tried to enter the National Assembly through the 19th general election in 2012, but was diagnosed with multiple myeloma early that year.

After 8 months of bone marrow transplantation and chemotherapy, he overcame the disease.

The following year, he succeeded in recovering by receiving close to 80% of the votes in the second by-election, and returned to the central political arena splendidly by being elected as the floor leader of the Saenuri Party.

As a counterpart to Park Young-seon, floor leader of the New Politics Alliance, who is 'strong', he is evaluated as showing a new model of cooperation in the process of handling the agreement between the ruling and opposition parties under the Sewol Ferry Special Act.

The deceased marked the culmination of 40 years of public service when he was appointed as the second prime minister of the Park Geun-hye administration.

It was a moment when I suddenly emerged as the main character of 'Chungcheong Long-awaited'.

However, he was disgraced after 70 days after being involved in the so-called 'Sung Wan-jong list' incident that occurred in 2015 when the former chairman of Gyeongnam Enterprises, Seong Wan-jong, committed suicide.

He was acquitted by the Supreme Court in 2017 and restored his honor, but since then, his political activities have been limited to advising on current issues as an elder, and he has not been able to return to politics.

At the time of the general election last year, despite the Liberty Korea Party's aggressive offer of running for office, he declared that he would not run, saying, "I want to contribute to opening up opportunities for talent recruitment along with a generational change," and virtually retired from politics.