Tour de France 2022: return to Alpe d'Huez for the National Day Paris (AFP) After four years of absence, Alpe d'Huez will make its return on July 14 on the Tour de France 2022, the day after another hellish stage at the Col du Granon, according to the route presented Thursday in Paris, at almost nine months from the July 1 departure to Copenhagen. A sequence of cobblestones on the way back to northern France, the Alps before the Pyrenees, a long 40-kilometer 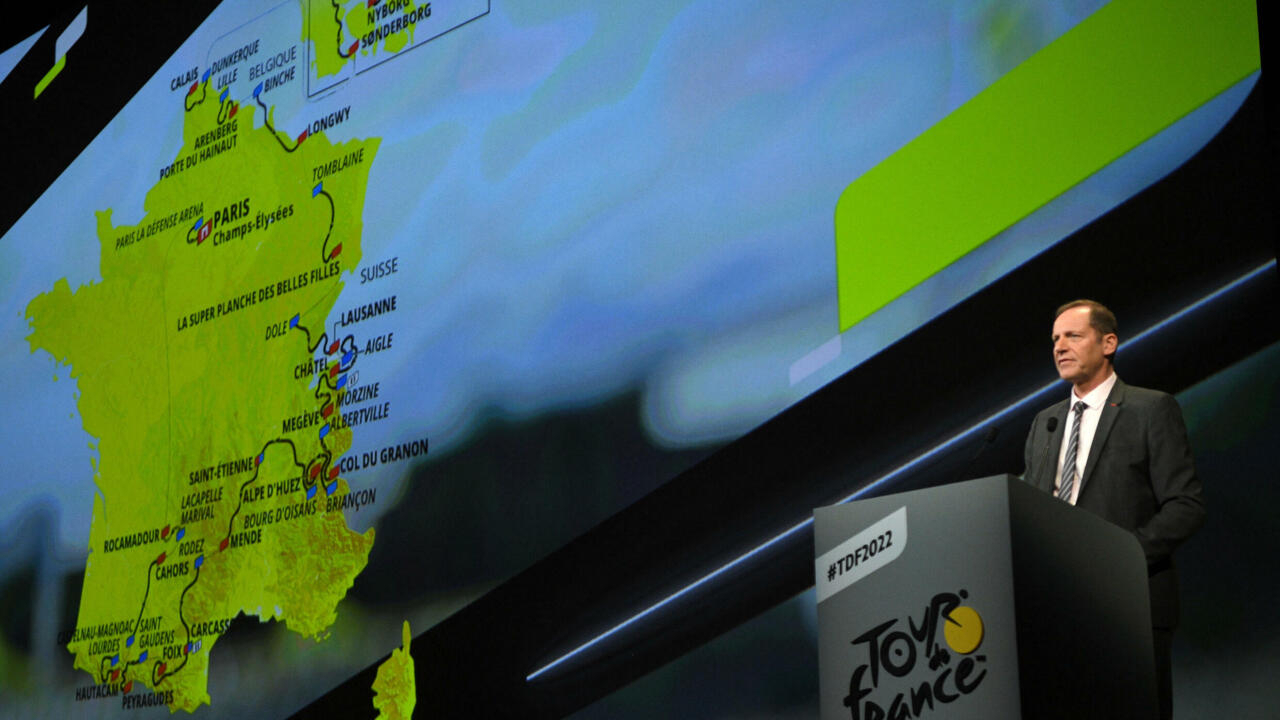 After four years of absence, Alpe d'Huez will make its return on July 14 on the Tour de France 2022, the day after another hellish stage at the Col du Granon, according to the route presented Thursday in Paris, at almost nine months from the July 1 departure to Copenhagen.

A sequence of cobblestones on the way back to northern France, the Alps before the Pyrenees, a long 40-kilometer time trial in the Lot on the eve of the arrival on the Champs-Elysées scheduled for July 24: several Highlights are identified in this 109th Tour which includes its share of novelties (three days in Denmark, the Pyrenean pass of Spandelles) and great classics.

Nostalgia, when you hold us ... Christian Prudhomme, the director of the Tour, validated a vintage diptych recalling the 1986 edition when Bernard Hinault lost the yellow jersey at Granon, during the only visit of the Tour to this site of high altitude at 2413 meters.

The next day, the last Frenchman to appear on the prize list (1985) won at Alpe d'Huez, the Oisans resort, ahead of the American Greg LeMond in one of the most memorable finishes of the Tour.

- The Alps for Pogacar -

For a few moments, Hinault, present in the amphitheater of the Palais des Congrès, was almost 36 years younger when he saw on the screen the exact replica of the Alpe d'Huez stage (by the Galibier and the Croix-de-Fer).

A few seats away, his distant successor, the Slovenian Tadej Pogacar, discovered the menu that awaits him on July 13 and 14: five non-category passes, including the Galibier climbed by its two slopes, and two final climbs that will upset the classification established in the first ten days of the race.

For Pogacar, who still does not know anything about these legendary climbs - the Alpe d'Huez has not received the Tour since 2018 -, the profile of the Alps can only be satisfactory, if it displays the same insolent superiority as in last july.

World champion Julian Alaphilippe also has every reason to rub his hands.

As the Belgian Wout van Aert and the Dutch Mathieu van der Poel can do, the "arsonists" of the first part of the 2021 Tour, marked by many crashes.

Chance of the calendar, this presentation of the 2022 route coincided with the trial of the spectator who had caused a massive fall during the first stage of the last edition by waving a sign as the runners passed.

The plain stages of the first week are often punchers in the north-eastern quarter of France then in Switzerland during an incursion arriving in Lausanne, the city of the International Olympic Committee (Lausanne).

- James Bond and the Marian Shrine -

It calls for the history of the Tour, such as the stage leading from Saint-Etienne to Mende where Laurent Jalabert had ignited the 1995 Tour, and to history itself, with the break in front of the medieval city of Carcassonne before entering in the Pyrenees by the green Ariège and the little-known port of Lers.

The race returns to Peyragudes, five years after Romain Bardet's victory at the top of the altiport which served as the backdrop for a James Bond (Tomorrow never dies), and Hautacam, for the 6th time since 1994.

At the end of the mountain, there is still a time trial, the second of this 109th Tour, to establish the final hierarchy near the Marian shrine of Rocamadour, one of the great sites of France in the Lot.

The second stopwatch, over a distance of 40 kilometers - the longest in a time trial since 2014 - comes on the eve of the arrival in Paris.

The next day, the riders will parade on the Champs-Elysées, a few hours after the competitors of the Tour de France Women, the first edition of which was presented by its director, the former French champion Marion Rousse.

Christian Prudhomme, who stood by her side on the big Parisian stage, undoubtedly warned her of a lesson drawn from her experience: "Whatever care we give to the preparation of the course, we do not not write the scenario of the Tour de France by drawing a map. "