Nine starred restaurants in the first Michelin Guide to Moscow Moscow (AFP) The prestigious French gastronomic guide Michelin on Thursday awarded stars to nine restaurants in Moscow for its first volume on the capital of Russia, a coronation for gastronomy in full renaissance of this country. Long disdained by sophisticated palates, Russian cuisine has undergone spectacular development in recent years, rediscovering its roots and drawing inspiration from al 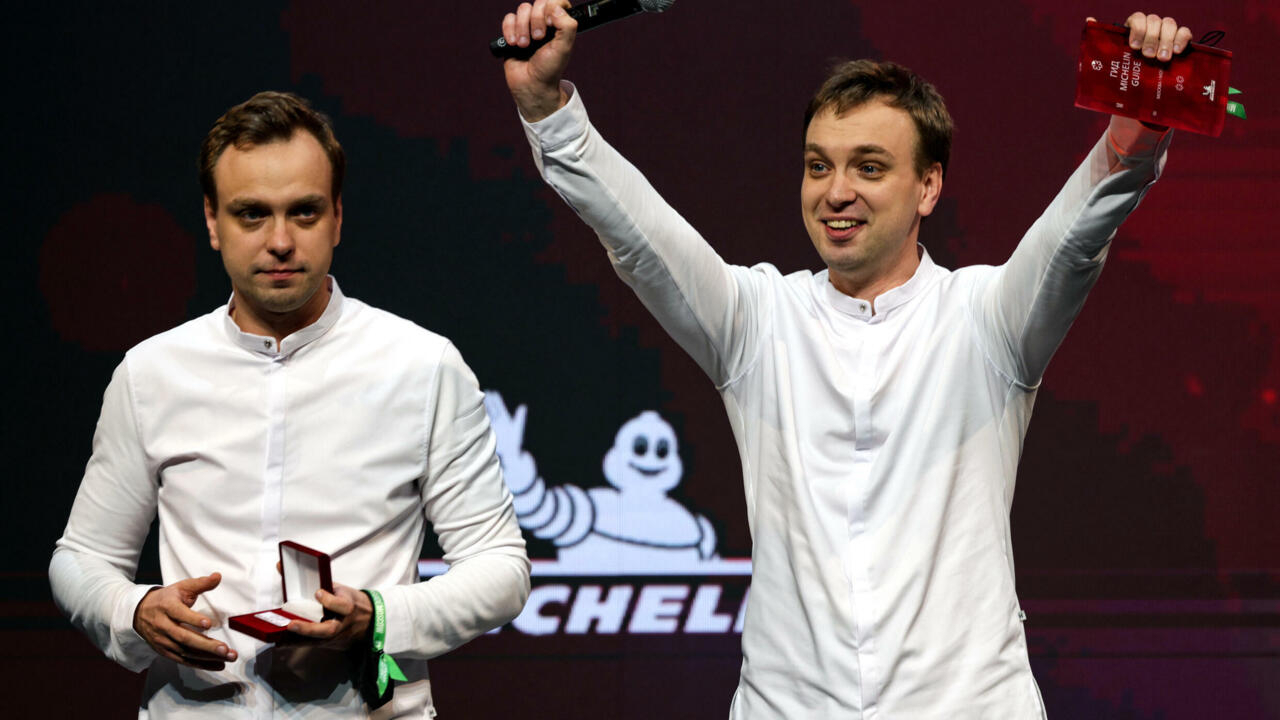 The prestigious French gastronomic guide Michelin on Thursday awarded stars to nine restaurants in Moscow for its first volume on the capital of Russia, a coronation for gastronomy in full renaissance of this country.

Long disdained by sophisticated palates, Russian cuisine has undergone spectacular development in recent years, rediscovering its roots and drawing inspiration from all corners of the former Soviet empire.

Two restaurants received two stars and seven others were awarded one star, announced Gwendal Poullennec, international director of Michelin Guides, during a ceremony with great fanfare at Zaryadye Hall, a state-of-the-art auditorium located in a park bordering the Kremlin. .

Twins Garden by twins Ivan and Sergei Berezutsky received two stars, as did Artest from the Russian group Novikov with its conductor Artem Estafev.

In total, 69 establishments were listed in this first Michelin Guide to Moscow.

During the ceremony, the mayor of the Russian capital, Sergei Sobyanin, welcomed an important event in the midst of the Covid-19 pandemic.

Mr. Poullennec also considered "moving" that the ceremony was able to be public after nearly two years of health restrictions.

However, Russia is experiencing a devastating wave of Covid, recording new records of daily contaminations and deaths on Thursday, against a backdrop of sluggish vaccination and in the absence of strict health restrictions.

The mayor, Mr. Sobyanin, especially welcomed the recognition of the renaissance of Russian culinary art.

“Unfortunately, in Soviet times, traditions had been lost,” he lamented, saying he was “proud that Moscow restaurants have become a calling card for Moscow”.

Thanks to a selection made by anonymous Michelin inspectors, Russia thus becomes the 35th country to make its entry in the Michelin Guide.

If the iconic red guide continues to exist on paper, it is also on its mobile application in 25 languages ​​- including Russian - that the selection of Moscow restaurants will be available.

Gwendal Poullennec, international director of Michelin Guides, at the ceremony in Moscow for the launch of the first guide to restaurants in the Russian capital, October 14, 2021 Dimitar DILKOFF AFP

"There is an evolution of the Russian culinary scene, there is more and more dynamism, with young chefs who boost their talent, a varied palette of cuisines and products", told AFP before the ceremony Mr. Poullennec.

According to him, regional cuisines are in the spotlight, Moscow being "a crossroads between West and East".

The cuisines from the four corners of the former Soviet empire - Caucasus, Central Asia, Ukraine - are indeed very present in the Russian capital.

Since the end of the Soviet Union - where the authorities were promoting a very standardized cuisine throughout the empire - there has been "a whole scene that is reinventing and inventing itself," noted the international director of Michelin Guides.

Russian cuisine has shown in recent years, and in particular since the embargo on fresh European products entered into force in 2014, of creativity using traditional products, such as crabs from the Far East, arctic fish, Borodinski black bread or "smetana" (sour cream), not to mention the "borscht", a traditional beetroot soup.

Muscovite chefs at the ceremony for the launch of the first Michelin Guide to restaurants in the Russian capital, in Moscow, October 14, 2021 Dimitar DILKOFF AFP

Before the Michelin Guide, the Moscow culinary scene had already received marks of recognition.

Thus, Twins Garden has been included for several years in the prestigious annual list of "50 Best".

This is also the case of White Rabbit, establishment of chef Vladimir Moukhine, to which a remarkable episode of the show "Chef's Table" on Netflix was dedicated.

He received a Michelin star on Thursday.

Another leading French guide, Gault et Millau, launched a first Russian edition in 2018, giving White Rabbit the highest rating, before being sold in 2019 to Russian investors.