Hong Joon-pyo, "arrogant man" Yoo Seung-min, "loyal dog of the Wen regime" in the 'remarks of the heart'

The battle of nerves between the presidential runners who advanced to the People's Power main competition is heating up. Representative Hong Jun-pyo and former lawmaker Yoo Seung-min hit the former Prosecutor General Yoon Seok-yeol, who poured out his remarks against him yesterday, using primary colors such as "naughty sloppy hair" and "the loyal dog of the Moon Jae-in regime", in addition to directing a love call from former President Yoon. Hee-ryong Won, the former governor of Jeju, who is receiving it, also joined forces and built a pincer front. 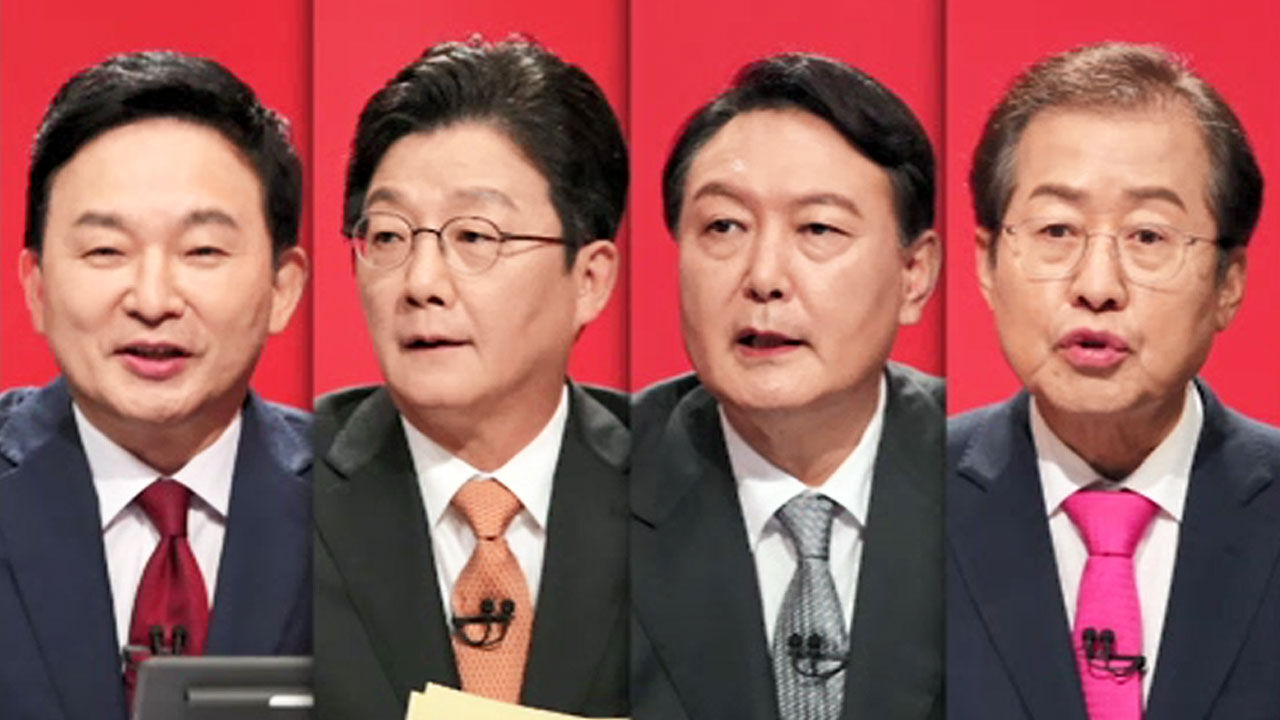 The battle of nerves between the presidential runners who advanced to the People's Power main contest is heating up.

Former President Yoon explained that the "party disbandment" remarks were "meaning to renew the party," but did not take a position on the intentional remarks poured out to candidates Hong and Yoo.

At the camp Jeju election appointment ceremony yesterday, ex-president Yoon poured out sharp criticism of his rivals, Rep. Hong and Yoo, who were the rivals, saying, "If our party candidate does, it will take less than a week." "If we don't change this mentality, it is right that our party will disappear," he said.

In today's SNS post, Rep. Hong said to former President Yoon, "He's so arrogant. Shameless and arrogant." He added, "I became a spearhead of the conservatism by working alongside President Moon Jae-in. He said, "After he resigned after defending his wife's corruption, he is investigating a full-fledged family corruption and personal corruption at the prosecutor's office, which is misleading as a political investigation."

"It will be difficult for me to continue politics in the future without fixing that naughty frill," he said.

Former Rep. Yoo also posted on SNS and criticized, "I'm afraid of sticking a knife behind my back. Is it a habit of the Moon Jae-in administration when I was a servant?"

He continued, "I often say, 'Is there something I stole from you?' But my mother-in-law, who did not receive a 10-won bill, was arrested for missing out on money. The suspicion of Kim Man-bae buying his father's house, etc." he asked.

He also said, "Stop being a spy when you join a party that has arrested countless people for corruption," he said.

Former Jeju governor Won Hee-ryong said in a Facebook post, "If you try to verify, individual candidates can be very uncomfortable or difficult," but "But, 'If we don't change our minds first, our party would be better off' is a clear statement and an insult to party members. The party is not here to make President Yun Seok-yeol."

"As a candidate for the People's Power, keep basic courtesy towards the party," he said.

The leadership also expressed uneasy feelings at the remarks referring to the 'disbandment of the party'.

Lee Jun-seok, the leader of the Gyeonggi Party's on-site Supreme Committee, met with reporters later and said, "If Candidate Yoon's position was to react to the attack, it is questionable because the probability of turning that arrow toward dismantling the party is a bit low." "Anyway, the candidate I hope that such a war of words between the two does not intensify to the extent that the supporters are concerned.”

The former president's camp said, "The people and party members who long for a change of government will make a wise decision." I'm working on it," he said briefly.

The camp said, "Candidate Yoon received a report about the two candidates' writings and did not show any particular reaction."

Regarding yesterday's remarks at a meeting with party members in Gyeonggi-do today, former President Yoon said, "Has our party lost a little bit of its militancy as an opposition party? So I said that if our party is really like this, we should close it." "We need to be more alert and more militant to prevent the Democratic Party, which is sick from the dictatorship within the party, from doing any more inhumane acts against the people."

He said, "(This election) is the election of all of us, and I am not the only one who becomes a party candidate. The party is not a party based on a specific person or genealogy,"It is only when we are reborn as a democratic party that broadly embraces party members and can embrace people with different views, we will have the power to fight," he added.