Heavy explosion at nightclub in Helsingborg

An explosion has occurred at a nightclub in central Helsingborg. Several people alerted the police about the heavy detonation at 01 o'clock, the night before Thursday. No person is said to have been injured. 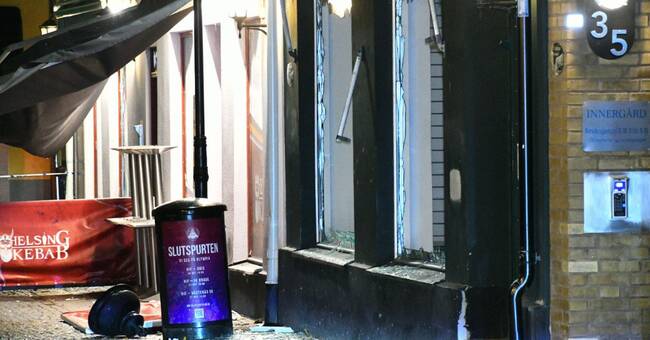 An entrance door has been damaged and windows have been smashed on the house opposite.

There is no information that anyone was injured in the explosion, the newspaper writes.

Police have cordoned off the area and the national bomb squad has been sent to the scene.

The nightclub was also hit by explosives a few years ago.

It was not long ago that another detonation went off in the city.

On September 2, a powerful explosion occurred in connection with an apartment building on Norra Ljunggatan.

No people were injured, but about fifteen windows were smashed and one gate was destroyed.