At least 50,000 people gathered this Thursday evening October 14 in Tbilisi to demand the release of Mikheil Saakachvili. Barely returned from exile, the former Georgian president was imprisoned ... 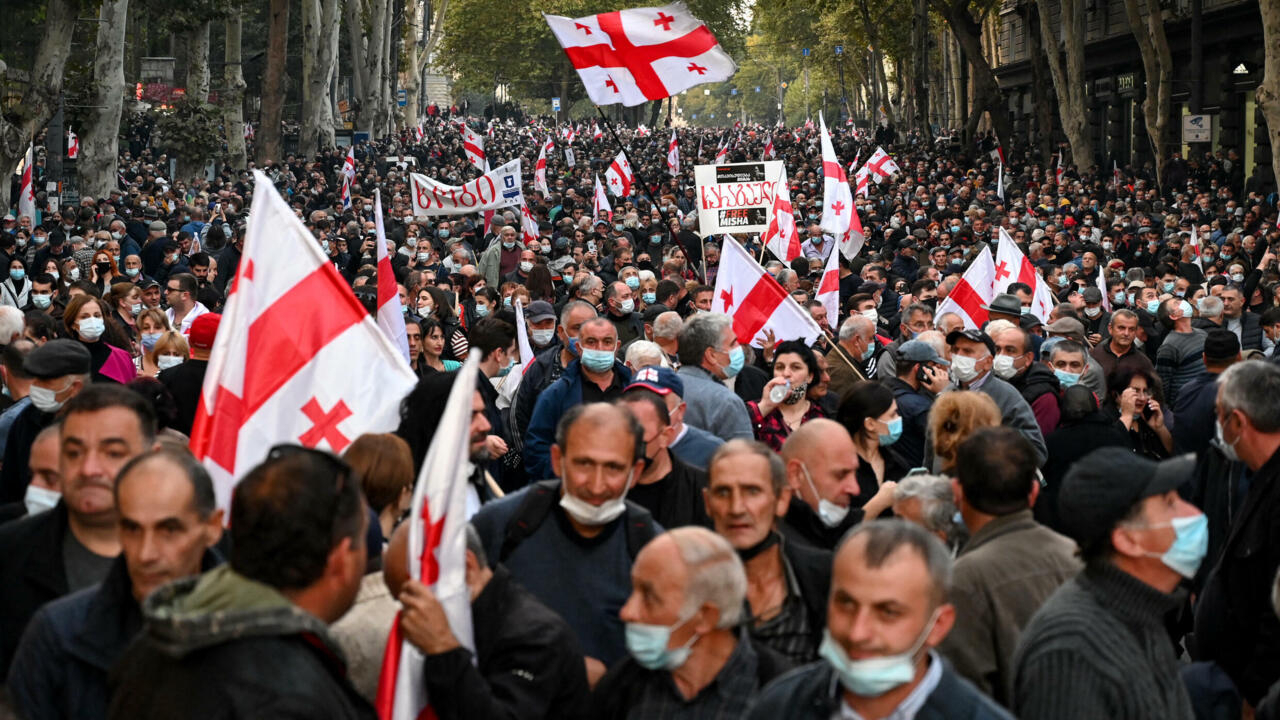 Thousands of Georgians took to the streets of Tbilisi to demand the release of their former president Mikheil Saakashvili on October 14, 2021. AFP - VANO SHLAMOV

At least 50,000 people gathered this Thursday evening October 14 in Tbilisi to demand the release of Mikheil Saakachvili.

Barely returned from exile, the former Georgian president was jailed earlier this month.

He must serve a six-year prison sentence for "

", which he denounces as a politician.

After eight years of exile, Mikheïl Saakachvili visibly continues to count on the political scene in his country.

A Black Liberty Square with people and banners saying "

No to political persecution!"

From his cell, Mikheïl Saakachvili addressed a letter to the demonstrators, read by his lawyer, calling for his country to be "

a beacon of democracy

save Georgia through national unity and reconciliation

Why am I in Georgia today?

Because I cannot be happy even in Ukraine, I cannot be anywhere else when I see so much cruelty in my beloved homeland.

After eight years in exile, the former president returned secretly to Georgia in early October, on the eve of crucial municipal elections for power.

He was quickly arrested and is on a hunger strike in protest.

Municipal of October 30: Mikheil Saakachvili's party competing in the second round

So far, the Georgian government has shown firmness.

Prime Minister Irakli Garibachvili announced that the ex-president would “

But from his prison in Roustavi, and thanks to his supporters gathered in large numbers this Thursday evening in Tbilisi, Mikheïl Saakachvili continues his fight.

On October 30, in many cities of the country, the second round of municipal elections will oppose a candidate of the “Georgian Dream” in power, the oligarch Bidzina Ivanishvili, and the United National Movement of Mikheil Saakachvili.

To read also: Municipal in Georgia: clear victory of the ruling party, breakthrough of the opposition in the big cities