France: the rise in fuel prices is straining users and the government

For several weeks, fuel prices in France have continued to increase to reach records. A situation that worries the government as the subject is so sensitive. At the end of 2018, he had ... 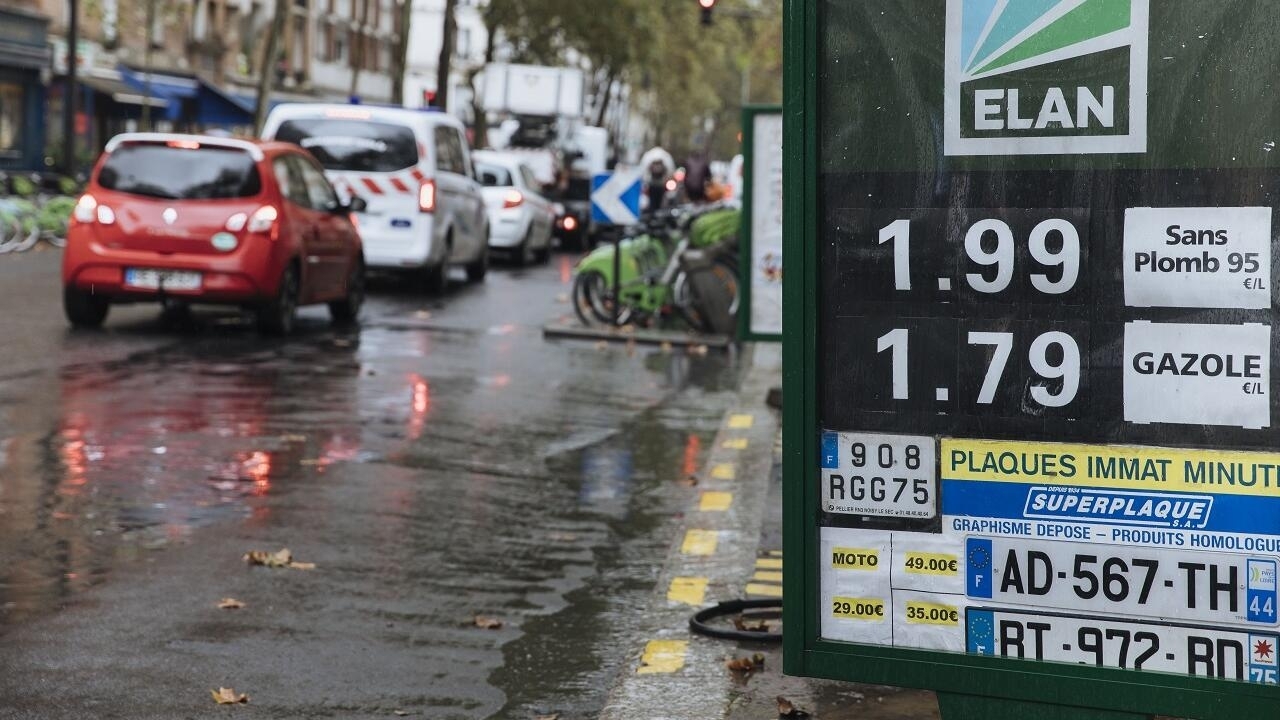 France: the rise in fuel prices is straining users and the government

For several weeks, fuel prices in France have continued to increase to reach records.

A situation that worries the government as the subject is so sensitive.

At the end of 2018, he launched the movement of yellow vests.

The Minister of Ecological Transition, Barbara Pompili, asked distributors to "

make a gesture in this difficult period, by reducing their margins

But what levers does the government have to contain the rise in fuel prices?

The liter of diesel has just passed the symbolic bar of € 1.50.

Last week (between October 4 and 10), its average price reached € 1.53, higher than the previous record of 2018 which triggered the movement of yellow vests.

“There is more and more anger.

It's increasing all the time ”

Illustration in a hypermarket near Nantes: the liter of diesel is displayed there at 1.51 €. It is one of the lowest of the day. Emmanuellle receives 1,600 € per month. For this mother of a family, the situation is difficult. "

We are starting to have a rope around our necks, that's for sure

. Its fuel has increased by 10 euros compared to the last time: “

I don't know what we're going to do. Demonstrate? I do not know. In the meantime, we have no choice. You have to refuel to go to work.

In recent days, on social networks, calls have been springing up to revive the

Fabien, another customer of this Nantes resort, is also worried: “

There, we are almost at 50 liters and almost 80 euros.

This directly impacts my purchasing power.

"Manon, who has to do 80 kilometers every day for work, concedes a difficult period:"

We pay more attention to the races and we avoid going out.

We prefer diesel to go to work, but next to it, we cannot go out.

For Naily and her husband, in their fifties, the increase is going very badly.

There is more and more anger.

We toil for a pittance.

It's increasing all the time, what,

Specific help from the government in the face of this increase?

Motorists are paying for the

rise in the price of a barrel of oil

, the prices of which are being carried by the global economic recovery.

Currently, the barrel is approaching 84 dollars and the bill may continue to climb, warns

The subject is highly flammable for the French government, which asks distributors to make an effort and reduce their margins.

But the latter retort that it is around 1 cent per liter and that it would not be reasonable to reduce it further.

Distributors remind the government that, on a liter of gasoline, the state levies nearly 90 cents in taxes, more than half the price of fuel.

The solution could therefore come from lower taxes.

A track that the executive does not consider because these fuel levies represent the fourth tax revenue of the State.

To avoid a new social crisis, the government could move towards specific aid.

Fuel prices aren't the only ones to soar.

Those of gas and electricity

are not spared either. The subject was discussed in Washington, Wednesday, October 13, for the start of the general meetings of the International Monetary Fund (IMF) and the World Bank. The French Minister of Economy and Finance, Bruno Le Maire, is present in the American capital for these meetings. He wants to defend the action of the executive to reduce the effect of rising energy prices.

We want to protect the French against this increase in energy prices. We provided immediate answers: the energy check - an additional € 100 at the beginning of December -, the cap on electricity prices, which will not increase by more than 4% at the start of 2022 when they should have increased by three times, and and finally the

. These are effective and immediate measures

reminds us that these are costly measures

says to all those who explain that the State is making money on the backs of the French because of the increase in energy prices: these comments are irresponsible and unacceptable

The State is not making money on the backs of the French during this energy crisis, on the contrary

Return of growth, recovery and pressure on energy prices.