East-West Questions | Huang Xi: From West to East, how do talk shows bridge the gap between different cultures? 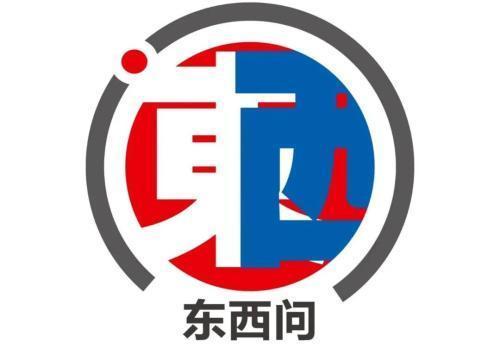 (Question from East to West) Huang Xi: From west to east, how do talk shows bridge the gap between different cultures?

For some time, talk show performances have become popular in China.

As the earliest popular art performance form in the West, "Talk Show" landed in China. The efforts of a group of performers have also become a vivid portrayal of cultural exchanges between the East and the West.

Huang Xi is one of the first actors to perform talk shows in China.

Studying in the United States, from a PhD in biochemistry to a talk show, becoming a comedian who ridiculed Biden in the White House, and then returning to China to perform. What kind of mental journey did Huang Xi experience?

How does he view the inspiration provided by the talk show for the integration and mutual learning of different cultures?

Recently, Huang Xi accepted an exclusive interview with China News Agency "Question about East and West" to discuss these topics.

China News Agency reporter: How was it affected to take the road of talk show as a PhD in biochemistry?

In 2013, you were already "hot" in the United States. At that time, the talk show had not yet developed in China.

Why did you return to China for a talk show?

getting a degree in the United States, I have worked in the company for nearly 10 years. Although I have achieved some results, I still feel that there is little room for improvement.

I have always been interested in humor. In 2002, a colleague took me to a talk show club. I could only understand half of the jokes at the time, and then I tried a little bit.

After I arrived in the United States, I always felt that the status of Asians was different from that of whites and that of blacks.

The last paragraph in the book is very well written. Many Chinese (Chinese) actually already have a job in the United States. You might as well try something different, such as media or entertainment, so that you can make our voice heard.

Nevertheless, I don't think there is much room for the rise of talk shows in the United States, but it is particularly new in China.

I first tried my best in the United States, and I did a few Chinese special shows in the club, and there were many audiences.

Later, I published a book in China, and added some paragraphs when I gave a speech. Everyone responded well. I feel that talk shows should have a market in China.

Reporter from China News Service: What are the "disadvantages" of talk shows in China, and how to overcome them?

In your opinion, what are the main factors for the success of talk shows in China?

No one tells you what to say about the talk show. People like me who come back to China from the United States to do talk shows can only find out on their own.

At the beginning, I asked me to speak some TV programs, and even translated English paragraphs into Chinese on the spot to see how effective they were. I found that many English paragraphs were not applicable in China because the language and cultural background were different, so I had to start writing from scratch.

However, "unacceptable" is also a good thing for talk show actors, because they can find new perspectives and new inspirations.

As an urbanized form of entertainment, many people like it.

Not only in China, but also in the UK and Australia, talk shows are also popular in India.

The talk show is a humorous narration through language logic, the personality of the performer, and the personal observation of the society.

It does not rely on a certain dialect, and is different from cross talk relying on Beijing and Tianjin dialects, Xiaopin and Errenzhuan relying on northeastern dialects.

The talk show depends on whether your thoughts are interesting and whether you express your own personal feelings.

Reporter from China News Service: The talk show has a strong western cultural flavor and has become the key to the interpretation of western politics, economy, and culture.

The talk show entered China. What kind of inspiration do you think this provides for the integration and mutual learning of different cultures?

talk show is when actors talk about their personal opinions and feelings on stage. Each actor tries to be close to reality to tell his experience. This can indeed reflect the culture of a country and the mentality of the entire society.

I used to go to Australia to do a TV show. The host was also a talk show actor. We communicated very smoothly because the talk show actors have similar feelings. For example, wherever they are performing weird things, everyone can smile with their hearts. Build relationships quickly.

I am fascinated by the talk show because it has a very fast feedback, and I can think and feel with everyone at the same frequency in an instant. Therefore, I think the talk show is a very effective way of communication.

Nowadays, many Chinese people are watching European and American talk shows. Chinese talk shows also have a certain market in the United States. I hope that in the near future, talk shows can become a channel of communication between different countries, like table tennis in the past. , People of different national backgrounds have fun together.

These people can sit together and laugh, which is a picture that is not seen in the United Nations.

Data map: On the third day of the Lunar New Year on February 14, 2021 local time, New Yorkers in the United States dine in an old restaurant in Chinatown to experience the Chinese New Year.

Are Asians still facing problems and difficulties in their survival and development in the United States?

I want to do something different, although the chances of success at the time were very small, because I haven't seen any Chinese doing similar things before.

Some of the students studying abroad didn't quite understand, but I gave it up at the time.

There are many successful Chinese in American technology, catering and other industries.

There are now more Chinese restaurants in the United States than McDonald’s. Previously, there were no Chinese faces on TV or in the media. Now they are developing in a good direction. Many prestigious schools also have Chinese professors, but their overall socio-political status is still relatively low. Is one thing that should be changed.

Especially since the outbreak of the new crown epidemic, Asians have often been attacked due to deep-rooted discrimination.

Asians account for only 5% of the American population. As a disadvantaged group, they are ruthlessly treated as a scapegoat for the virus. There are indeed problems in this society.

Data map: On March 21, more than a thousand New Yorkers rallied in Manhattan's Union Square to protest against racial discrimination and hate crimes against Asian Americans.

Having worked and lived in the United States for many years, do you have any personal experience of this?

In your opinion, Asian faces talking about the West talk show, can it help the West understand the East better?

I didn't believe in racial discrimination when I was in school. Although there are still some uncomfortable things, including university professors sometimes publicly talk about China's backward technology and Chinese characters are particularly difficult to write, but I think it is a case.

Chinese scientists have contacts with Chinese schools and scientific research institutions, and they are immediately targeted by the US intelligence services, while whites are generally fine with European countries.

Asian faces talking about the West talk show will definitely help the West understand the East better, but their acceptance is still relatively small.

Take the issue of race, for example. The mainstream American society believes that racism is white against blacks or Jews, and has nothing to do with Asians. They do not put Asians in the racial system, nor do they recognize discrimination against Asians.

Recently, there have been more attacks on Asians, and this situation has changed.

The most important thing is that they do not understand the history of Asians in the United States.

Won the National Talk Show Championship and performed at the White House.

Since 2015, he will start the national personal talk show tour every year, and publish "You Geng" and "Get Out of the Way".