More than 11,000 residents in Essen, Germany, were forced to leave their homes temporarily on Wednesday. The reason: A bomb that was to be disarmed and moved. 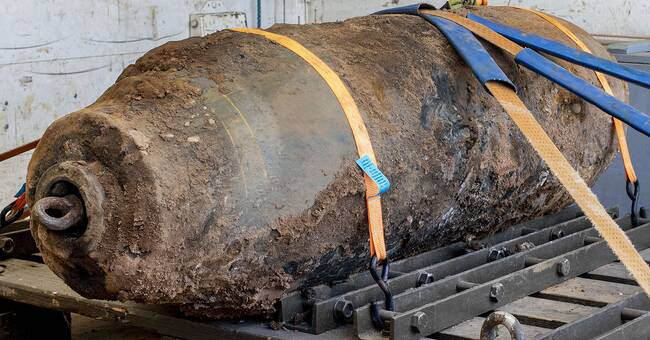 The bomb, a dead end that was dropped on the city during World War II, is described as unusually large - 840 kilos, which according to the WDR is double the normal bombs found.

The evacuation and the operation were also after that, over 750 firefighters and other rescue workers participated in the operation and representatives of the half-million city in the Ruhr area tell the WDR that the city has not experienced anything like this for a very long time.

The evacuation began early in the morning and only at 8 pm could the work of disarming the bomb begin.

The work is said to have gone well, the danger is over and the 11,000 have been able to return home.

Undetonated World War II bombs are regularly found in Germany, 76 years after the end of the war.

In May this year, 25,000 people were evacuated in Frankfurt for the same reason.

In 2017, a 1.4-tonne unexploded ordnance bomb was discovered, also in Frankfurt, which resulted in 65,000 people being evacuated.