Eric Zemmour agitates the start of the presidential campaign in France. If he is not yet officially a candidate, he looks like it. The ex-polemicist of CNews and the “Figaro” climbs in the polls… 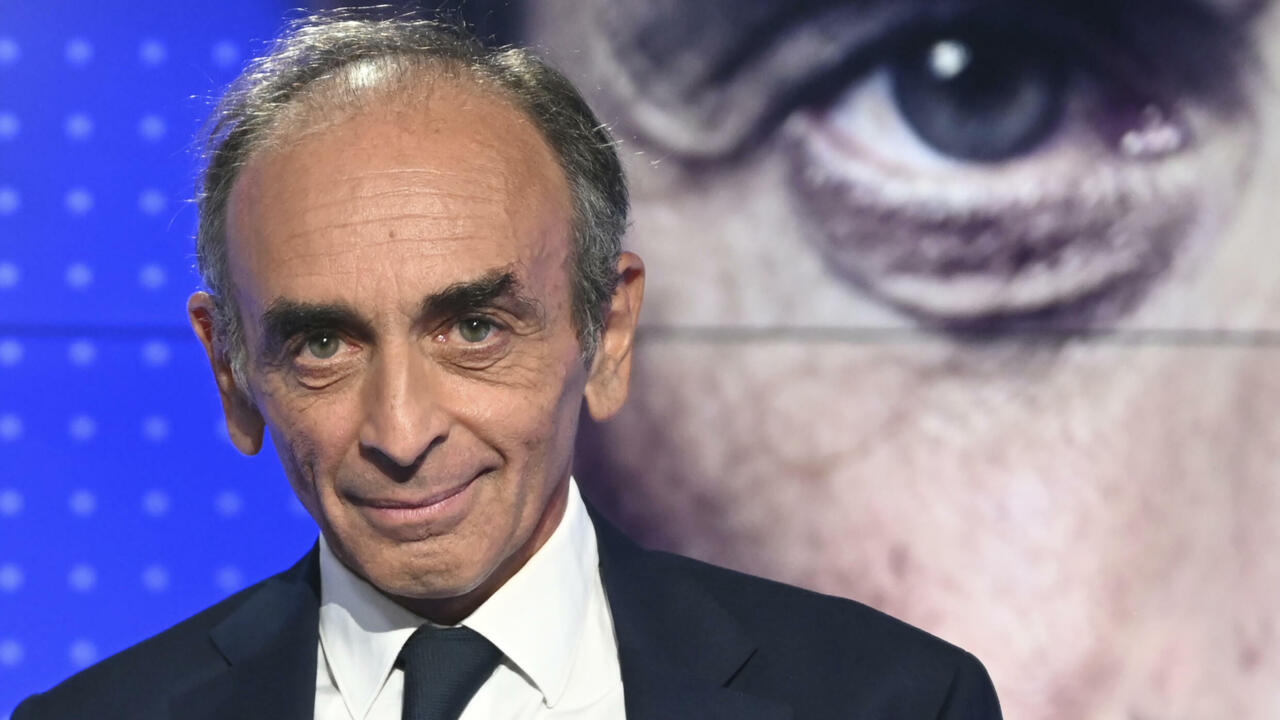 Eric Zemmour agitates the start of the presidential campaign in France.

If he is not yet officially a candidate, he looks like it.

The former CNews and “Figaro” polemicist climbs in the polls and begins to worry the staffs on the right and on the far right.

He holds meetings, does a series of interviews.

And yet, he always leaves a false suspense hovering.

Éric Zemmour wants to be a candidate and it is hard to see him stop now.

The question is not "if" he will be a candidate but rather "when".

For the moment, not being a formal candidate prevents him from having to answer all the questions.

Eric Zemmour has said it himself: he has every interest in remaining in the ambiguity as long as possible.

Not yet a candidate, Eric Zemmour fills the rooms and threatens Marine Le Pen in the polls. For Jean-Yves Camus, political scientist and co-director of the Observatory of political radicalities, Eric Zemmour's main asset is that he does not come from any political party: “

He has the attraction of novelty. He is known. And then it comes at a time when Marine Le Pen is running for the third time in the presidential election, unable to win. So, there is a bit of weariness among certain voters of the National Rally because their objective is not to appear well or to make a good score, it is to win

Eric Zemmour takes full advantage of a form of weariness of the voters of the National Rally.

A poll even gives it in front of Marine Le Pen in the second round of the presidential election.

The Republicans are bogged down in choosing their candidate until early December, it's been almost two months of waiting, an eternity in the middle of the presidential campaign. Meanwhile, Eric Zemmour speaks in the ear of the voters of François Fillon in 2017, according to Jean-Yves Camus: “

For the moment, he takes around a quarter of the votes of the voters of François Fillon in 2017. It is still a lot. The ideological porosity already existed but there she found someone in whom to be embodied. This was not the case with François-Xavier Bellamy or Bruno Retailleau. Philippe de Villiers is relatively out of the race. There, these ultra-conservative voters find a figure in which they identify with.

Trouble-festival of the campaign, which appeals to both LR and RN, Eric Zemmour tries to achieve the union of the rights.

He also hopes to take votes from abstainers who see him as a candidate outside the system, not a professional politician.

But he still has work to do.

Collecting the 500 sponsorships of elected officials is more difficult than expected.

On the financial side, it's unclear.

And above all, Eric Zemmour lacks a qualified campaign team, a key element in organizing an electoral war machine.

LR and RN in search of the right response

Officially, the Republicans and the National Rally are turning their backs on the Zemmour trap. Attacking him constantly would make him matter. Ignoring him would give him a clear path. On the right, the first fractures erupted among the Republicans, many recognize themselves in the statements of Eric Zemmour. The nomination contestant Eric Ciotti did not rule out voting for Zemmour against Macron.

These declarations intervene only because we ask everyone to position themselves in relation to Zemmour. After a while, stop

! Zemmour is not the alpha and omega of French political life. When he is a candidate, we will see what will happen at that time. But at some point, stop

On the side of Marine Le Pen, a word returns in the entourage of the candidate to sum up her state of mind: "

Marine Le Pen is overly relaxed while Eric Zemmour could still deprive her of a ticket in the second round:

No, I don't have any concerns.

Maybe it's because I have experience.

This is why experience allows me to tell you that both should not rush to jump to conclusions.

LR and RN are procrastinating, hoping that the Zemmour phenomenon will run out of steam quickly.

Because no one has yet found the right response.

Presidential 2022: are the French media making the candidate Éric Zemmour?